In about 24 hours, the OnePlus 10T 5G will be launched in India as well as globally. Now, before launch, it’s a bit risky to comment on a phone’s merits, but so much is already known about the OnePlus 10T 5G and its advantages are so obvious over many other phones that it’s safe to say. call it arguably the flagship phone to get in 2022. Now, there are several reasons why the OnePlus 10T 5G is shaping up to be the top dog in the Indian smartphone market, but its core hardware and the feature set it brings to the table are particularly interesting.

Think of it like this: There’s no good Android phone on the market right now. All come with compromises or otherwise. In such a scenario, it looks like the OnePlus10 5G is going to give consumers a full – or at least as close to full – experience as possible. Now, we’ll be taking a closer look at the phone in the coming days, but if we’re to trust the spec sheet right now, and all the information OnePlus has revealed so far, it’s safe to say that the OnePlus 10T 5G will arguably be the fastest and most capable phone of the year.

Speed ​​has always been one of the key areas where OnePlus has excelled. And in the OnePlus 10T 5G, the company puts premium hardware.

It all starts with the Qualcomm Snapdragon 8+ Gen 1 chipset. Designed specifically to deliver lightning-fast speed, the OnePlus 10T 5G’s 8+ Gen 1 chipset operates at 3.2GHz and offers up to 30% better power efficiency than that of the previous generation. At the same time, it also delivers 10% better gaming performance, and that with 30% better power consumption. This is likely to help people running gaming apps get battery life. Beyond the numbers, however, what’s important here is that the 8+ Gen 1 chipset is flagship-grade hardware. That it’s been tuned for maximum performance in the OnePlus 10T 5G is evident from the fact that OnePlus runs it with up to 16GB of dual-channel LPDDR5 RAM and a carefully designed cooling system. 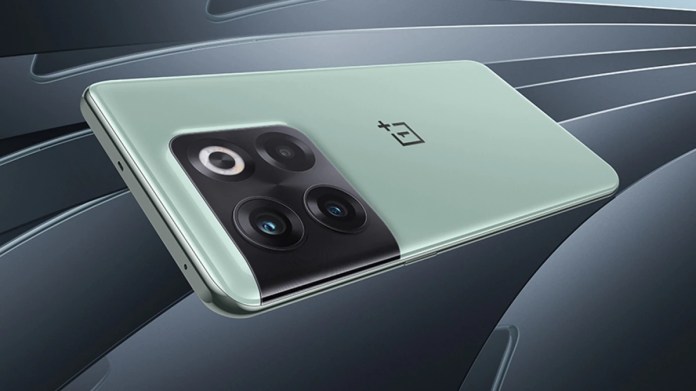 What does it mean when someone uses the OnePlus 10 5G? We’ll explore in detail in the coming days, but for now let’s believe OnePlus: the company says a massive amount of RAM paired with a fast chipset means the OnePlus 10 5G will have no problem handling even 35 open apps. at once, which leads to smooth and flawless application switching. Performance is also, of course, helped by standard UFS 3.1 storage. Previously, OnePlus was one of the first phone companies to use UFS 3.0 and UFS 3.1 storage systems. That alone gives its phones an edge, so it’s glad to see the company will continue to use UFS 3.1 for up to 256GB storage in its latest phone.

Speaking of performance, another highlight – and something that also adds to the OnePlus 10T 5G’s flagship stature – is the X65 5G modem. This modem supports almost all major 5G bands, including bands that can provide 10Gbps speed.

Speed ​​isn’t just the ability to quickly load apps. It can also be the speed at which a phone charges. Since we always need MORE battery and such batteries are not yet available, fast charging is the second best thing we can get. The OnePlus 10T 5G comes with industry-leading 150 SUPERVOOC technology, which will fill the phone’s 4800 mAh battery in minutes. To be precise, OnePlus says that from 0 to 100% should take 19 minutes in OnePlus 10T 5G, when users connect it to the supplied charger. It’s fast, and we will surely test the claim in the next few days. Although, based on OnePlus’ previous record, we’d expect that claim to be true.

A key thing to mention here is how OnePlus guarantees the battery health of its new phone. The company claims that even though the 10 5G uses a super-fast charger, it applies an intelligent charging algorithm to ensure the battery is not damaged. The company claims that even with a 150W charging system, the OnePlus 10 5G’s battery will be perfect for 1600 charge cycles. This means that even if you charge the OnePlus 10 5G every day, its battery health will stay pretty much intact for about 5 years.

High lighthouse? There are other important reasons

When it comes to nerd-talk, it’s exciting to look at the numbers, specs, and features. But while high-end hardware can indicate a phone’s capabilities and usefulness, we think there are always more good phones than their spec sheet.

This extra, or rather the special sauce, is one area where we expect the OnePlus 10T 5G to do well. From everything we know about the phone so far, there doesn’t seem to be an area where it falls short. It appears to have a capable camera system built around a 50-megapixel Sony IMX766 sensor. Its design is classic OnePlus: an elegant look and good materials such as glass and metal. It comes with a display that supports 10-bit color, a 120Hz refresh rate, a peak brightness of nearly 1000 nits, and HDR+ videos. And there will be the refined Oxygen OS 2.1 which will perform software tasks inside the phone.

Significantly, it’s the software that we think gives the OnePlus 10T 5G the edge over other phones on the market. We’ve always found the Oxygen OS to be better used compared to what other companies put in their phones. It is mostly clean, tastefully designed and easy to use. Just like standard Android. Yet it is also feature-rich. It’s this combination of cutting-edge hardware, well-designed software, and some useful but never annoying key features for users that we believe gives the OnePlus 10T 5G an edge. As for nuances, stay tuned. We’ll have more to say about the phone once it launches.

Read also | Tech companies laid off more than 32,000 workers in Silicon Valley in July, many are entering a period of hiring freezes

Read also | Realme Pad X tablet goes on sale in India, but should you buy it?