Mothers who inspire their children to be like them, who take care of the family on their own, who give their love without limits or without the need to share genes… Cinema and television have left us great maternal characters that are worth evoking, review and admire Strong women who represent all those anonymous mothers who, without being perfect, navigate through that complex life stage called motherhood, always giving the best of themselves. We are inspired by them to, hand in hand with Pandorasearch (and find) the perfect gift for each one of them.

one. Jane for Charlotte (2021): A Bond As Strong As A Sparkling Ring 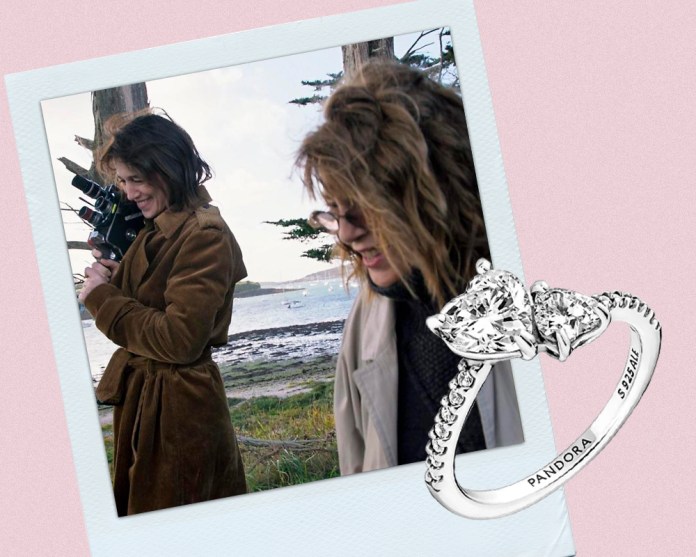 Immortalizing your own mother on the big screen is almost instantly synonymous with making the documentary iconic. Even more so if the daughter is named Charlotte Gainsbourg and the mother is Jane Birkin. “I wanted to portray her without my father in the shadows, because of how she is, her sense of humor, how she speaks… I love everything she is and it is a declaration of love for her,” the actress, singer and director said about the piece. . Sharing professional skills has strengthened the relationship between these two women who, fused in an embrace from the very poster of the documentary, sincerely expose the complexity and honesty of the relationship between mothers and daughters.

A bond as strong as the union of the two cubic zircons of the Pandora Sparkling Double Heart Ring: the largest could well represent the always brilliant Jane Birkin and the smallest, her daughter Charlotte. Or to any mother and daughter who share a lifestyle, personality and life motivations. In addition, the axis of the ring is embellished with half a row of cubic zirconia set in pavé that enhance the brilliance of a jewel that also makes the wearer shine. The best? Its versatility makes this ring a jewel suitable for more daring and carefree styles, but it also fits with those that are more elegant and sober. If at the end of the documentary Charlotte dedicates an emotional letter to her Jane, she could well condense that feeling in a ring like this one. 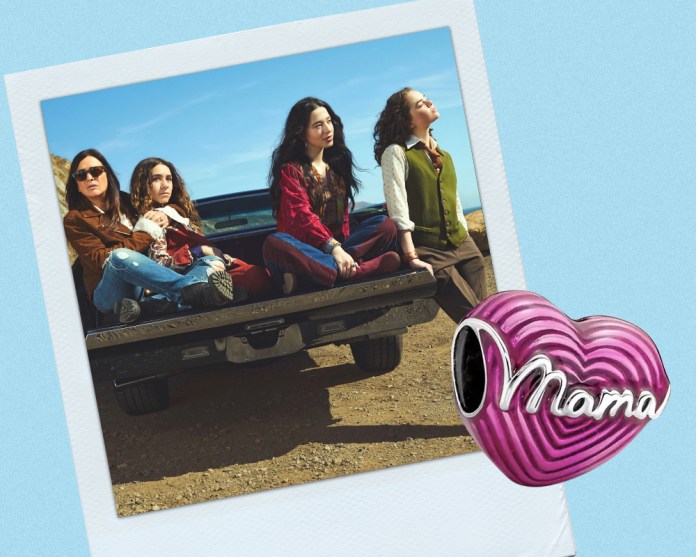 Motherhood (also) is chaotic and whoever says otherwise is lying. Or you haven’t seen this series created by and starring Pamela Adlon. A single mother of three teenage daughters, she tries to reconcile her precarious career as an actress in Hollywood with parenting, taking care of her own mother and her poor love life. Many will identify with this role interpreted from honesty: overwhelmed mothers who improvise and surpass themselves because motherhood does not have an instruction book.

A gem like Pandora Mother’s Radiant Love Heart Charm, as powerful, daring and unusual as Adlon herself, captures that brave spirit of mothers who show themselves to their children as they are, without hiding their own weaknesses and failures. The strength of the pink that dyes her is the strength of those who are not afraid to recognize her flaws or to show that motherhood, of course, is imperfect. Worn as part of the Moments bracelet, this retro-inspired sterling silver charm design creates the effect of an expanding heart. Is there anything more genuinely motherly than that? 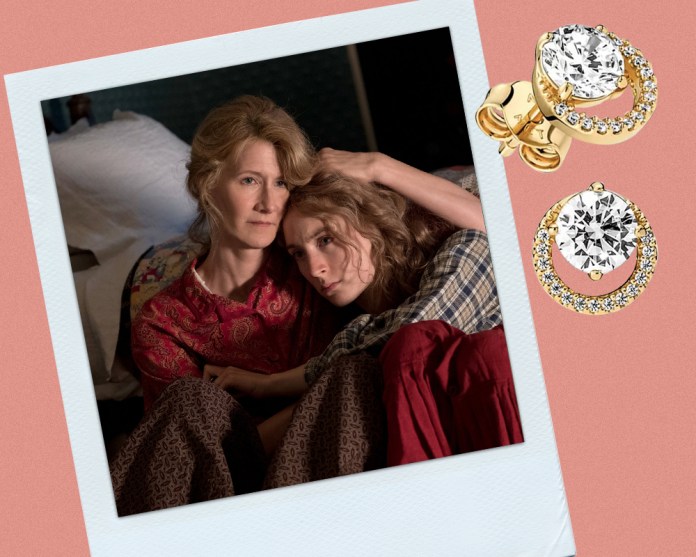 Greta Gerwig’s version inspired by Louisa May Alcott’s classic highlights the maternal figure as a creative engine and source of inspiration for the family. In this case, the always impeccable Laura Dern gives life to Marmee March, an exemplary mother for her four daughters. We well imagined her combining her vintage dresses and her blonde hair always collected with the Pandora Round Brilliant Halo Stud Earrings. They are electrolytically plated with 14k second grade gold, hand-finished and simple and elegant, like Marmee and all the mothers with whom she shares qualities.

However, considering that the cubic zirconia is off center within a circle, it is also a modern and special jewel that suits those creative women who go out of the norm. Her daughters inherit from her a love of reading, an ability to write, and the joy that fills the house with her own theatrical performances. To the point that Amy becomes a painter and Jo, the protagonist of the story, a writer.

Four. steel magnolias (1989): an infinity bracelet for love without conditions 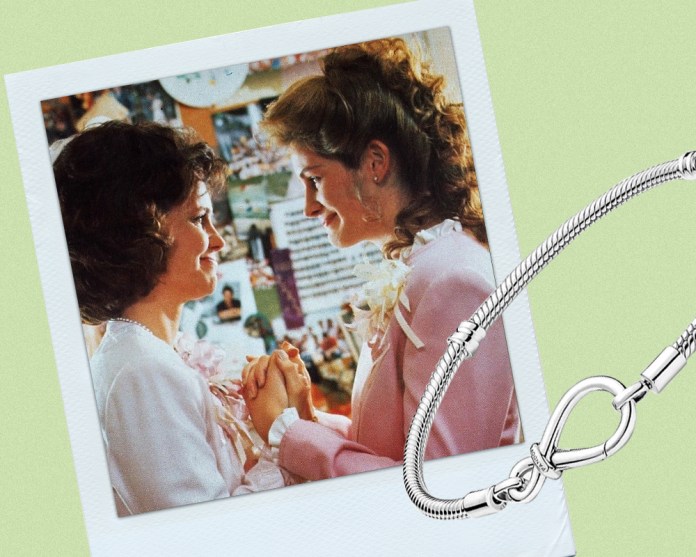 When this Herbert Ross film was released more than thirty years ago, the concept of sorority was barely discussed. However, the unconditional support of the six protagonists of this film make it a textbook example of the importance of making pineapple between women. And, of course, it is the relationship between a mother and a daughter that stands out above the rest. Not only because M’Lynn (Sally Field) acts as an exemplary parent for Shelby (Julia Roberts), but because she also becomes a mother figure for everyone who appears in the film, demonstrating the generous and infinite nature of maternal love.

An eternal feeling captured in the Pandora Infinity Knot Snake Chain Bracelet, that can be worn alone to achieve a minimalist result or personalized with different charms (up to 16, so you know what to give in the coming years). This sterling silver jewel closes with that universal symbol of infinity, it becomes the perfect detail to reciprocate the unconditional love that only a mother can offer.

5. The Blind Side: A Possible Dream (2009): a pendant that embodies unconditional support 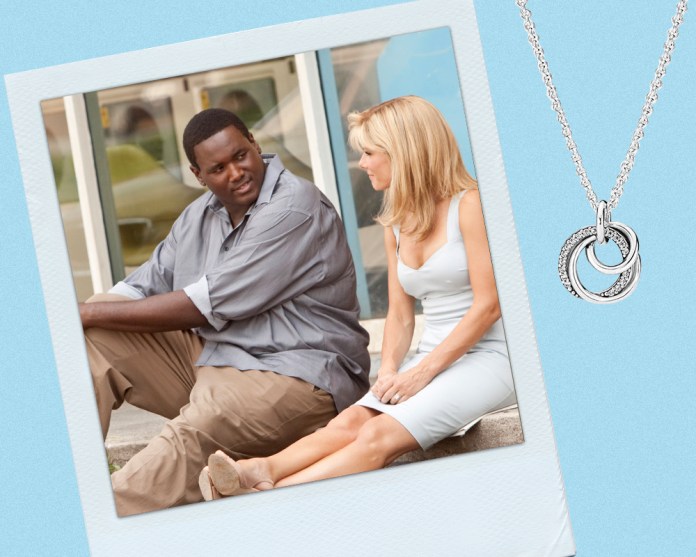 This story based on real events, which earned Sandra Bullock the Oscar for best actress, talks about solidarity and the love of a mother who is willing to change the future of Michael Oher, a 17-year-old boy who crosses her path. life and the one who welcomes and ends up adopting. Just as the circles of the Pandora Always Family Circle Necklace intertwine with each other, the lives of the protagonists of this melodrama intersect to unite and change each other. Away from the streets and from a dark past, the young man manages to succeed in life and in American football thanks to the love of a mother, Leigh Anne, who knows no limits and who does not wear out despite already having two biological children. .

A message of family unity that is evident in a jewel that is inspired by this type of enduring ties. In it, two of the circles are presented in polished sterling silver and a third is embellished with brilliant pavé cubic zirconia. The finishing touch? A heart-shaped closure, of course. We imagine Sandra Bullock herself wearing it. 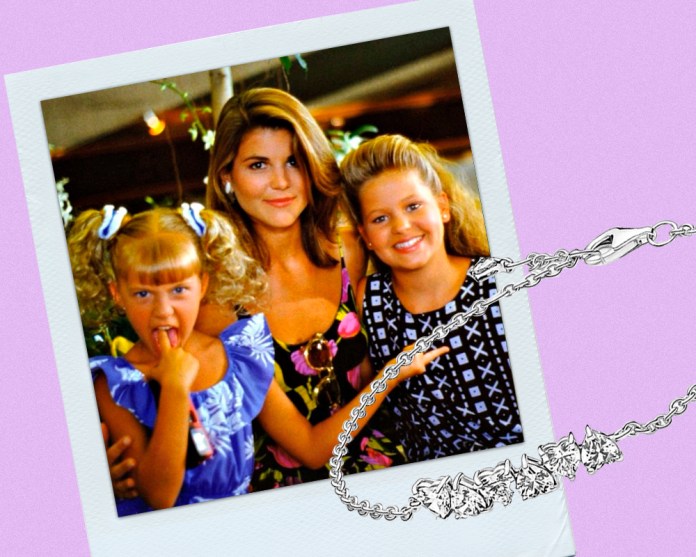 They say that “mother is not only the one who gives birth, but also the one who raises” and the character of Aunt Becky (Lori Loughlin) in the mythical series of the 80s and 90s is the one who acts as a maternal figure for Danny Tanner’s three daughters: DJ, Stephanie and Michelle. In honor and representation of all those mothers who care and stay awake, despite not having gone through the pain of childbirth, we claim this role in a fiction that we remember with nostalgia today. Miss Honey in Matilda or Fran Fine in The Nanny are other good examples.

the bracelet of Pandora Sparkling Endless Hearts Chain, whose zircons are oriented in alternate directions, remind us that there are different paths and trajectories towards motherhood and that, sometimes, there is more than one mother. Although only one is a real mother. A heart-shaped cubic zirconia dangles next to the lobster clasp, emphasizing that message and adding an extra sparkly touch. The best thing is that it fits with simple styles, but also maximalist ones: just combine it with several more bracelets with different finishes to achieve that effect. Sure hit. 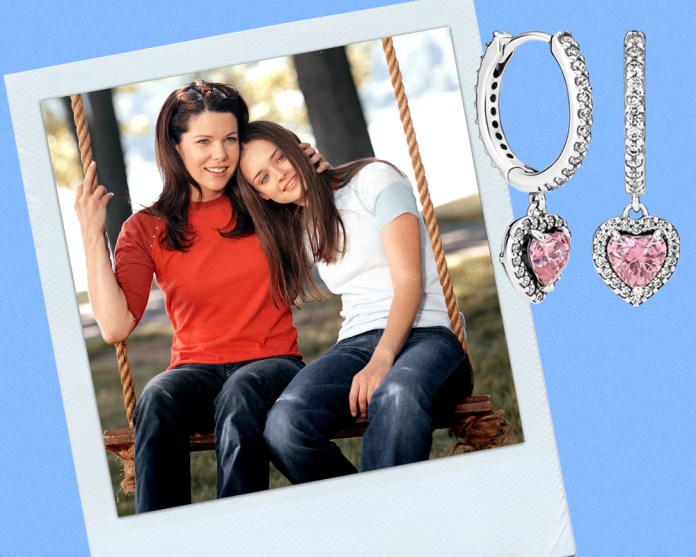 Being a single mother of a teenage daughter has its complications. But in the relationship that Lorelai’s character has with her daughter Rory in gilmore girls its importance pales compared to that enviable bond marked by complicity, trust and endless chats until dawn. Mother and daughter not only shared tastes and hobbies, but also served as a perfect example of the importance of good mother-child communication. They talked about any topic (without exception), they were able to overcome any discussion and showed that a mother can also act as a best friend and confidant, and vice versa. “As she guided me through these incredible eighteen years, I don’t know if she ever realized that the person she most wanted to be hers was her,” Rory confessed in his commencement speech.

An inspiration well symbolized in a jewel like the Pandora Sparkling Halo Heart Hoop Earrings, in which the ring embellished with transparent cubic zirconia represents that daughter who orbits around her mother, personified in the pink heart-shaped pendant. Like Lorelai and Rory, neither the earring nor the pendant make sense separately. Also, if you want to double the bet and earn more points with the gift, you can combine these earrings with a matching necklace or ring. They are the perfect design and size to stay in your jewelry box for many, many years.