Men explained things to Alice Milliat. They told him that women were not good athletes, that they could not participate in the Olympic Games. But she turned a deaf ear and fought to prove they were wrong. In this way, the history of Olympism changed. He was born in Nantes (France) in 1884, a leap year. His parents ran a grocery store in the center of this city crossed by the Loire, where a few decades earlier, in 1828, another visionary, Jules Verne, had been born. But Alice Milliat did not imagine underwater trips or to the center of the Earth, but something just as unthinkable at that time: the equality of women and men in sports.

«Inequality has existed since the beginning of sports practice. In the 19th century, modern sport was created by men for men, leaving no room for women. At first, the military and the bourgeoisie were those who practiced it, and its purpose was to show virility and masculinity. Women were always excluded: their only role was to decorate the winners. Men saw them as ‘laying hens’ whose sole purpose was to give birth “, explains Laetitia Usse, from the Alice Milliat Foundation, created in Paris in 2016 to promote women’s sport and that with its name recalls this pioneer. Milliat studied to be a teacher and at age 20 she married and went to live in London with the commercial Joseph Milliat, who passed away only four years later. Since she was a child, she had practiced different sports with skill, was a swimmer and hockey player, and in the city of the Thames she trained as a rower. She also learned languages ​​easily – she spoke seven – something that helped her achieve what became her vital objective: to promote women’s sport. 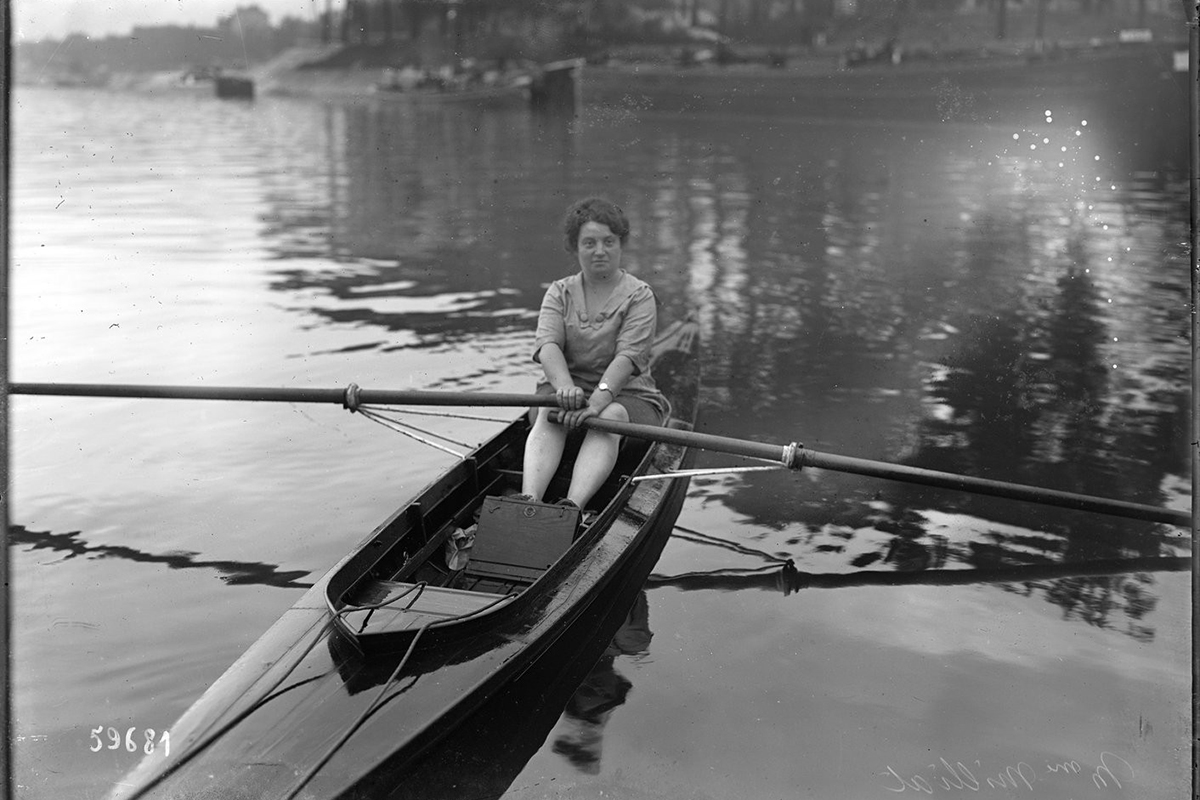 In 1894 Baron Pierre de Coubertin had created the International Olympic Committee (IOC), and two years later the first Olympic Games of the modern era were held in Athens. It was 1915 when Milliat rose as the first president of the French women’s sports club Fémina Sport; organized the first cross country race for women and also football competitions. She broke sporting records herself: she was the first woman to paddle 80 kilometers on the Seine in less than 12 hours. “Their goal was for women to be able to fully participate in all sports and for all female athletes to be involved in it,” Usse emphasizes. For this reason, he adds, “Milliat became the spokesperson for the cause of women in the sports world and that disturbed the reigning order, to the point of disturbing Pierre de Coubertin.”

As the TVE journalist specialized in Olympism and women’s sports Paloma del Río and Juan Manuel Surroca recall in their recent book More than Olympic (Dome), “the sacrificial role of women in World War I supported Milliat’s thesis that, if women were fit for the tough tasks in factories while men fought to the death at the front, they were also qualified to compete sportingly, and did not understand the opposition of the IOC to his presence at the Olympic Games. And that’s when Alice Milliat decided to make her own rules: in 1922 she instituted the Women’s Olympic Games in Paris, her response to the closure of the IOC. In 1926 they were held again in Switzerland, and they were a success of participation and attendance. That showed that there was indeed an interest in women’s sport, but Milliat continued to face opposition from the gyrfalcons of the time. Usse recalls that “for men it was inconceivable that a woman could be up to practicing a sport, they thought they were unprepared, that they were too weak”, and points out that the famous Pierre de Coubertin “considered that women had no place in sports, in 1925 she said: ‘A women’s Olympiad would be impractical, uninteresting, unattractive and inappropriate. The real Olympic hero, in my opinion, is the grown man. The Olympics should be for men only, the role of women should be primarily to crown the winners. 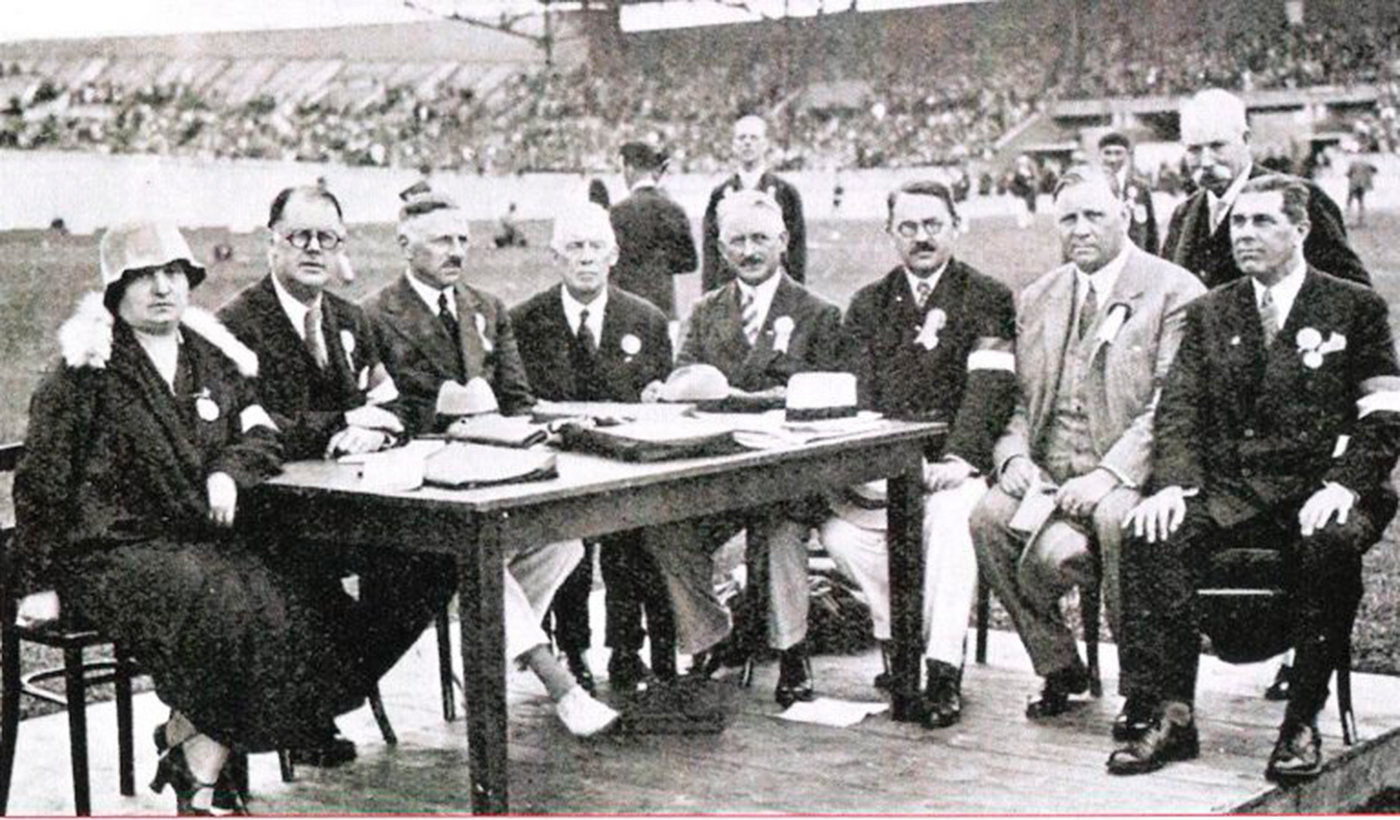 Milliat, on one of the juries for the 1928 Olympic Games in Amsterdam. Photo: Fondation Alice Milliat / BNF

Only three years later De Coubertin saw her words being buried by a new reality: at the 1928 Amsterdam Olympics, women were included in four athletic events. Had to see the pressure of the International Association of Athletics Federations (IAAF), which feared the consolidation of a Women’s Games and negotiated with Milliat the terms of the agreement. At the time, Milliat, who was 44 years old, achieved a new milestone: she became the first woman to serve on an Olympic jury. He sat at the men’s table – also in a literal sense, a black and white image recalls that moment – and had a power of decision that turned Olympic history around. “But in 1932 she was no longer on the juries and France sent only two women to Los Angeles. Milliat fell into oblivion. A widow and without children, she died anonymously on May 19, 1957, at the age of 73 ”, laments Ussé.

His legacy, ignored for decades, is now vindicated. The foundation that bears her name promotes women’s sports, follows in the wake of Milliat: «We were born to respond to inequalities, to improve issues such as media coverage of women’s sports, amateur or professional, because there is still a long way to go and it is necessary to make known references for millions of young girls ». To extend their action to the European level, they are part of the Erasmus + Sport program, and they work to change figures and percentages in competitions and information presence. That same thing has led Paloma del Río to vindicate her in her book, along with other pioneers of women’s sport, such as Charlotte Cooper or Lottie Dod. For the journalist, Milliat is a benchmark whose story should be told and studied: «She was a brave, pioneering woman who stood up to Pierre de Coubertin and vindicated the role of women in the world of sport, and did so by creating some Games parallels, with great joke and irony from the IOC at that time, who thought they were going to be a disaster, and the opposite happened. If women had not been integrated, they would surely have followed the Women’s Games in parallel, the story would have been different. And that would have been something quite incongruous to the values ​​that the IOC preached.

Paloma Del Río: «The anti-pregnancy clauses in sport seem like an aberration to me»

Liam Neeson also premieres on Netflix: how is The Protector