Less than a month ago Nicole Kidman f.It was a topic of conversation on social networks for its presence in Mexico City, because it was part of the event Mexico XXI Centuryorganized by Telmex Telcel Foundationbut during this visit it was striking that the celebrity came out to the streets of the capital to buy cheese in a local.

This action generated many reactions not only among Internet users, but also among other celebrities, for example, Yalitza Aparicio who recognized that Mexican culture is valued by people from different countries, a fact that should fill Mexican society with pride.

“I think that Mexico is so diverse, so rich in gastronomy, culture, that the truth is that people from other countries come to enjoy it is wonderful”, Said the actress who was nominated for an Oscar in 2019 for her participation in Rome (2019).

The Mexican actress who returned to the world of acting in 2022 entrusted the national population to value what Mexico gives them: “But it would be more incredible if our own Mexicans enjoyed and valued what we have,” added Aparicio.

It should be remembered that the images for which Yalitza Aparicio was asked where Nicole Kidman appears were shared via Twitter, there she can be seen talking to a man who sold cheese in a van. Likewise, she is able to perceive that one of the artist’s companions brings in her hands a little of the product offered by the seller.

The reactions on the part of the netizens were immediate and they were happy that the Hollywood star was part of a ritual that is very daily for the inhabitants of the capital. 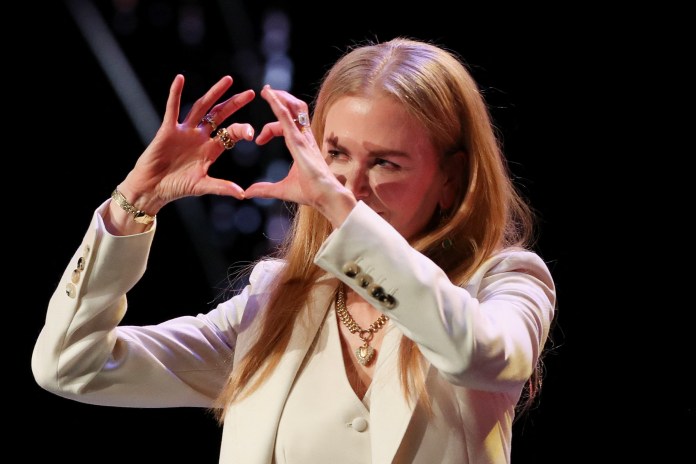 “Nicole Kidman goes and buys her cheese in the vans and you presume that you have gourmet ham… that’s why they don’t want them and they put their dragnets in nets… I think it was a hint.” “Oh, the very humble Nicole in CDMX.” “While some are fresh, Nicole Kidman enjoys the quesillo”, were some of the mentions.

On the other hand, during her presence in Mexico City, the well-known 55-year-old interpreter stressed that I had never come to the country and took the opportunity to talk about her family and her efforts to support women in the world, after being named Goodwill Ambassador at UN Women in 2006.

“I have been in this for more than 20 years, I have crossed the world with women to find the protection of all in different places, to find a place with their children for all those who raised their voices and do not want to experience more injustices, nor violence. ; It’s something my dad also taught me (…) he guided me down a path of love, support, trust and help others. This is how I grew up, it is what I do and I would like to continue doing”, said the artist during her presentation. 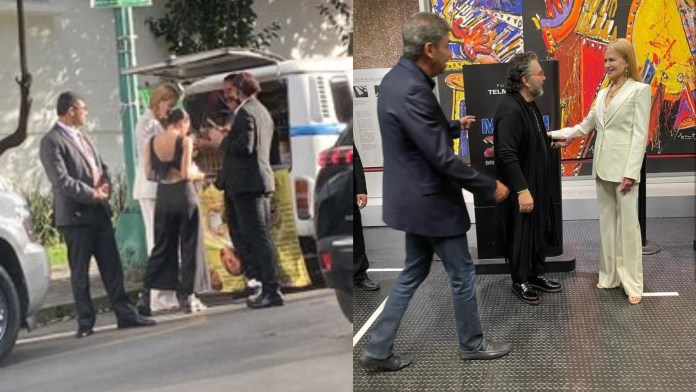 Meanwhile, the statements made by the Mexican were taken up by the press during the red carpet of her most recent movie Television and Univision for your streaming platform, presences. It would be one of the first productions of the Mexican after an absence of several months away from the cameras.

On the other hand, it is important to mention that this is not the only production within Vix+ where Aparicio will embody a character, since his participation in the successful melodrama was recently confirmed Killer women.

The most luxurious gifts of Luis R. Conriquez for his spouse