XV years with the theme of Harry Potter went viral; Voldemort sang “My eyes cry for you”

Mexican ingenuity shines in all kinds of celebrations regardless of the reason. Since social networks became popular, countless videos taken at birthday parties, graduations, weddings and XV years began to circulate where unexpected moments occurred that after going viral were immortalized in funny memes. A few hours ago something similar happened with TikTok that flooded the internet due to the theme and “magic” of the event.

It all happened in Monterrey, Nuevo León, where a 15-year-old girl who is a fan of Harry Potter asked that his party be full of characteristic elements of the literary saga written by JK Rolling whose first installment was brought to the big screen in 2001. However, the pennants, robes and logos of Gryffindor, Slytherin, Hufflepuff Y ravenclaw were not the most striking of the event, but the presence of the main characters: Harry, Hermione Granger, Ron Weasley, Draco Malfoy and Voldermort.

The celebrated posed with the characters. (TikTok Capture: @geratamayo)

In the audiovisual fragment retrieved by the user Gera Tamayo you can see the fifteen-year-old posing with a group of people characterized as said characters, who set the event as if they were really the students of hogwarts and the most powerful villain in the wizarding world.

In the first seconds of TikTok appears Voldemort dancing with a waltz with the party and so great was the impact that it generated among the attendees that he decided to take his best steps on the track and did it nothing more and nothing less than in the company of Harry Potter, his greatest enemy; together they danced to the rhythm of quebradita.

But that was not all, during the night they also joined their voices to sing My eyes cry for yousong that big boy launched more than 20 years ago. With their wands in their hands they took over the floor and rapped. They also enjoyed a traditional dinner and, in order not to ruin his makeup, Voldemort had to eat through a straw. “benefit dark lord”, a voice is heard in the background, to which he only replied “yumi”.

The reactions were immediate and soon the TikTok It was filled with sarcastic comments about what happened and the occasional joke regarding “the endearing relationship that they currently have” the protagonists of the saga.

“What a cool job that they hire you to set the party.” “When I thought I saw everything” “I have always had my suspicions between the dark lord and Harry… they have already clarified it for me”. “I never thought that seeing Harry rapping My eyes cry for you It was so necessary in my life.” “Harry and Voldemort’s dance is a deleted scene from The Goblet of Fire”. “They recorded more of these two than the fifteen-year-old.” “In this version Voldemort did break Harry”, were some reactions. 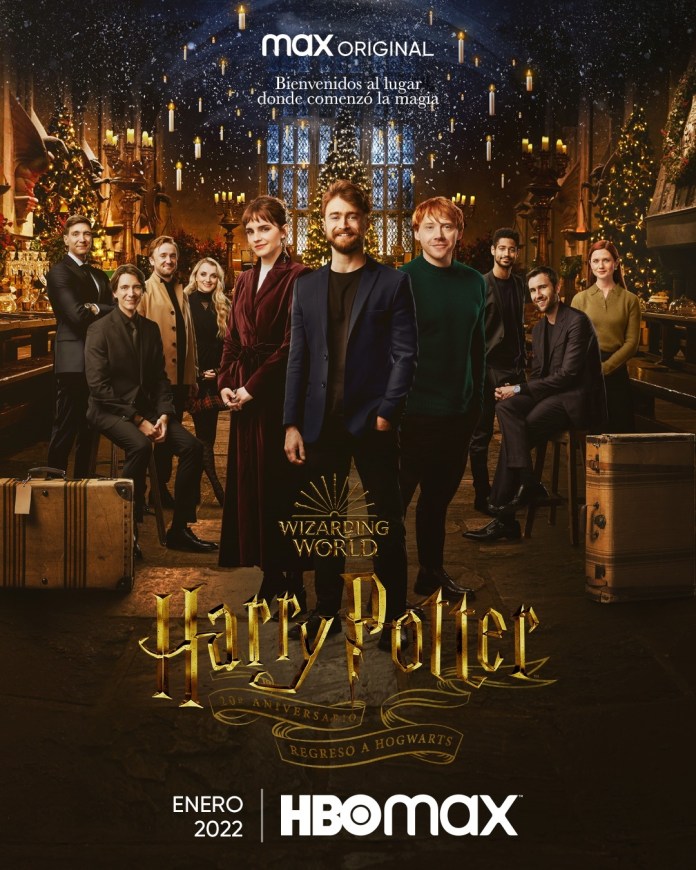 Images from “Harry Potter. Return to Hogwarts”, a special for the 20th anniversary of the first film. Provided by HBO Max. EDITORIAL USE ONLY

Everything seems to indicate that the characters of Harry Potter they are part of a setting service available in Monterrey. In fact, the same user of TikTok uploaded another video that he took for another XV years attended by the dear teacher Minerva McGonagallso the possibility that other figures of the saga are found within its catalog.

In that occasion, the teacher recreated an iconic scene from The Goblet of Fire (2005)when he chose Ron to teach all the students to dance Hogwarts. Without a doubt, these two fifteen-year-olds surprised their guests and gave them unique moments.