World Rock Day, why is it celebrated today?

On July 13, 1985, two massive mega-concerts were held with the presence of most of the great figures of the time, with the aim of raising funds for the fight against hunger in Ethiopia. In honor of that date, World Rock Day was established the following year.

Both festivals took place at the same time at Wembley Stadium in London and John F. Kennedy Stadium in Philadelphia, with an unprecedented turnout, both in person and on television, as well as artists committed to the cause. Musicians of the stature of Queen, Tom Petty, Madonna, Eric Clapton, Led Zeppelin, Neil Young, U2, Mick Jagger, David Bowie, Duran Duran, Phil Collins and Bob Dylan, among others, attended the event.

The idea of ​​Live Aid was to reflect the spirit of the most popular music on the planet: rock, with all its predecessors and successors, plus everything it had and has to say, from that position that rebels against all injustices, that shouts without asking for blood for everything that needs to be changed.

As defined by Pete Townshend and later quoted by Charly García in his first solo album, “If you scream for truth instead of help, if you commit yourself with a courage that you are not sure you possess, if you stand up to point out something that is wrong but doesn’t ask for blood to redeem it, so it’s rock and roll.” 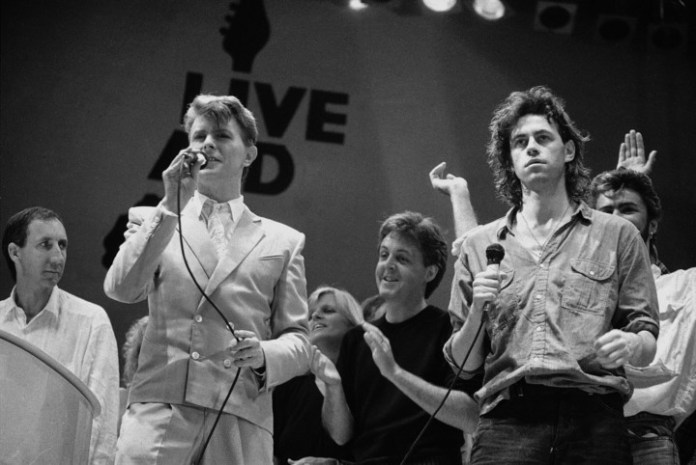 David Bowie and Bob Geldof on stage in London at Live Aid.Photo: AP

Live Aid gave rise to this date being a celebration of rock around the world, becoming known from the following year as World Rock Day.

It is an annual tribute to the most important musical and solidarity event in history and the great gathering of European and American rock artists of the time.

The reason was to raise funds for the benefit of African countries, specifically Ethiopia and Somalia. A few months earlier, at the hands of musician and activist Bob Geldof, the song was released Do They Know It’s Christmas? with the same ends, giving shape to a kind of We Are The Worlda topic that was also made for solidarity purposes.

The origin of the festival

After a great drought between 1983 and 198.5 in the arid region of northern Ethiopia, what was called “hell on earth” occurred: lack of food and little water, which caused a massive death of the population. because of hunger

When the BBC television network showed what was happening, the musician and actor Bob Geldof traveled to find out what was happening in Africa and then created the Band Aid Trust, with the purpose of managing and distributing all the aid that was collected.

First, to get the attention of the world, Geldof and his friend Midge Ure, from Ultravox, managed to summon a large number of great figures from the English scene to record the song in 1984 Do They Know It’s Christmas?which was a worldwide success and broke sales records.

Later, the idea to do a benefit concert to help the victims and to raise funds for Ethiopia supposedly came from Boy George and Culture Club drummer Jon Moss.

The idea, then, was to make the biggest event in history. The television rights, the tickets sold, and everything else could be able to raise a lot of money for Africa. Finally they decided to put together two festivals simultaneously, one in the United States and the other in England.

The great participation of artists made the event a great success and marked part of musical history, showing the world that music could raise awareness and help the people of Africa. 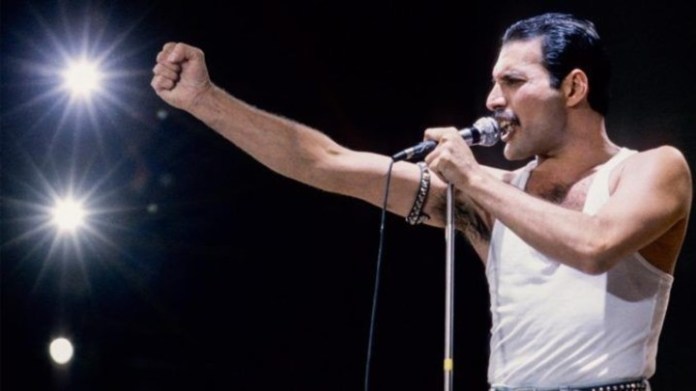 The concert featured the return of bands such as Queen, Led Zeppelin, Black Sabbath, Crosby, Stills, Nash & Young, The Who, even the participation of great music legends as a member of the largest and most influential band in history. , The Beatles.

The collection exceeded 100 million dollars, the concert was broadcast live via satellite in more than 72 countries and was one of the most watched musical events in the world.