Where did the viral phrase of TikTok come from: “We painted the whole house… what is that”

- Advertisement -
This is how some of the viral videos with SpongeBob’s audio are (Screenshot: YouTube/NickelodeonenEspañol and TikTok/@Yamely/@RodrigoSuárez/@Susanaaltamirano)

In recent weeks, a popular audio to show “things out of context” became one of the strongest trends on TikTok, it is a fragment of the chapter Wet Painters from the series sponge Bob (SpongeBob SquarePants), created by Stephen Hillenburg in 1999.

This episode premiered in 2002 and belongs to the third season of the American series; In the audio, the voice of the main character of the animation can be heard saying: “We painted the whole house and without dropping a single drop of paint, what is that?!” Below you can see the full scene where the viral audio came from:

The idea behind this trend is for people to find objects, actions, or people that are foreign to their surroundings, that seem incongruous, or that just don’t make sense and are very strange, for example, someone who wears beach sandals in the snowa dog in a den, a taquero using his air conditioner in the middle of the street or pets in the middle of a broken armchair.

TikTok videos are always accompanied by audio, which can be the latest songs from artists like bad bunny or, viral sounds that cause laughter and that are easily identified, since some are fragments of movies and series. In this case it belongs to the series Sponge Bob. 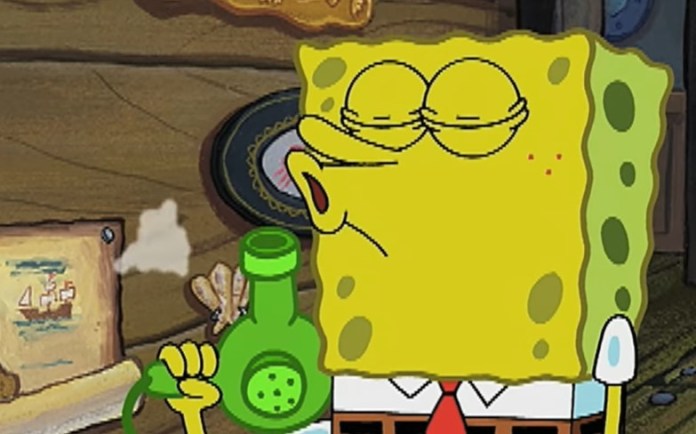 It is thanks to this dryer that a large paint bubble is created (Photo: YouTube Screenshot/NickelodeonenSpanish)

The audio has more than a million videos created with it, although there are different versions of it and even remixesmixes with other phrases and all kinds of edits to make it even funnier or more eye-catching.

What is the SpongeBob chapter from which the viral audio came out?

In this episode, SpongeBob and Patrick the starfish are “punished” by Mr. Krabs doing an extremely important task, which is to paint the interior of his house. To the surprise of the funny protagonists, the owner of the Krusty Krab has the walls full of decorations and paintings. 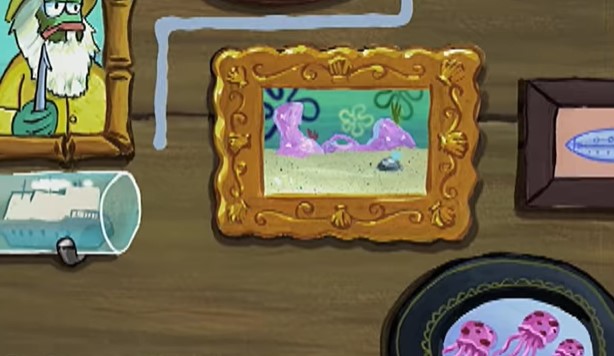 At first everything was controlled for SpongeBob (Photo: YouTube Screenshot/NickelodeonenSpanish)

Instead of removing all the decoration, Patricio suggests painting without removing itthus making the task difficult, since they had the threat that they would get their “butts” cut off if a drop of paint touched anything but the wall.

After 6 hours contemplating a brush, SpongeBob decides to start painting, but the white paint drop slips, the protagonist tries to avoid it, but ends up making a big liquid bubble that Patrick inflates even more. 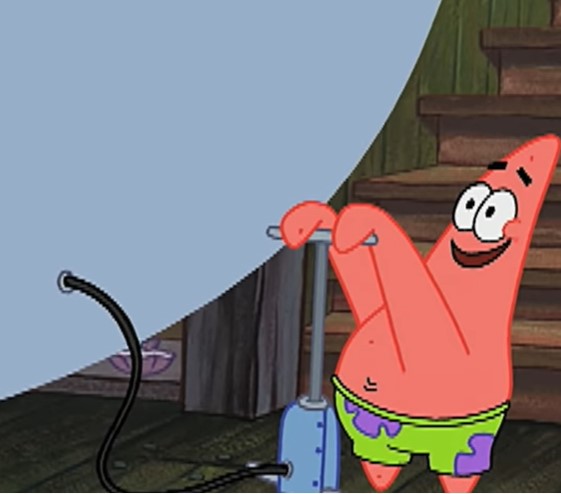 For your good luck, the drop of paint bursts and only falls on the walld, which is when Bob starts saying the now viral phrase, however, discovers a microscopic drop that “stained” a framed banknote and that’s why he shouts “What is that?!”.

In order to use the fun recording, it is only necessary to write “We paint the whole house…” or “What is that” in the search engine provided by TikTok, then you must select the audio and start filming or insert a video previous. 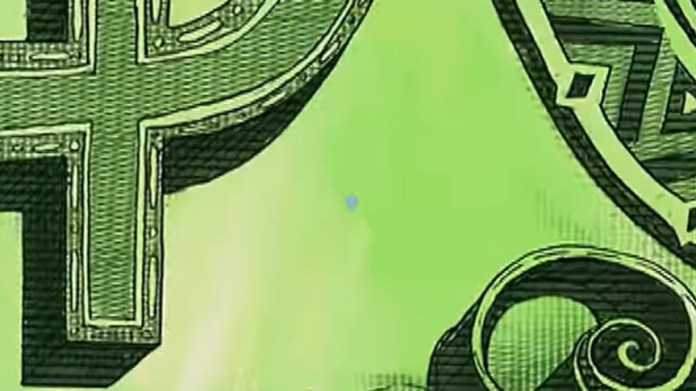 This is the tiny drop of paint that gives rise to the audio of “We paint the whole house” (Photo: YouTube screenshot / Nickelodeonen Español)

It should be remembered that the series sponge Bob is one of the series where more memes are produced along with Malcolm in the Middle and the ogre movies Shrek.

TikTok users have used SpongeBob’s voice to showcase situations such as a man driving with the car door open, dogs with anti-covid-19 masks on their tails instead of “clothes”poorly made constructions and even a stroller transporting a rooster.

♬ whoever uses this audio is normal – Ntsl

Although the idea was to show funny situations without ridiculing third parties, there were also those who used audio to show people in vulnerable situations, whether they are people who do a bad exercise in the gym or, minors who were recorded without their consent.