When she got pregnant, Alejandra Guzmán wanted Frida Sofía to be a boy: “I wanted a boy”

- Advertisement -
Mother and daughter have been estranged for years, since the young woman has expressed the damage that, in her opinion, the rocker caused her to suffer (Photo: Twitter/@SueltaLaSopaTV)

It is known that the relationship between Alejandra Guzman and her daughter Frida Sofia is null since about three years ago the young woman began to attack her on social networks, assuring that she lived a traumatic childhood by her side, because in her opinion, and already with an adult vision, she could realize that He was subjected to abuse and neglect.

The controversial young woman also declared that it was her own mother who made her approach drugs, and that she even offered her illegal substances when she was very young. The relationship between mother and daughter intensified when in 2020 the singer and fitness coach revealed a tough passage in his life. 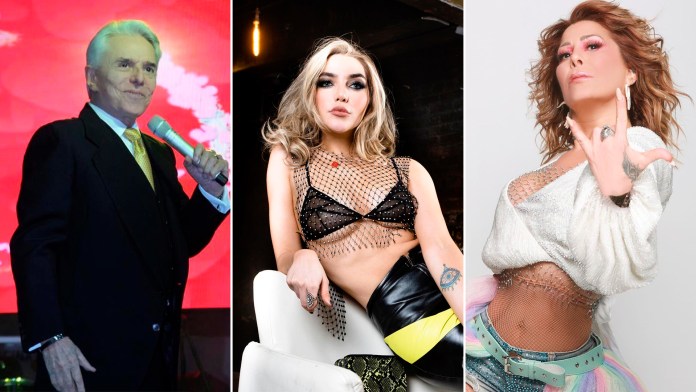 These statements were emphatically dismissed by Alejandra Guzmán, who, like her father, denied the accusations of the interpreter of Come alongensuring that Frida was falsely framing him.

Since then “the queen of rock” and her daughter have remained distant, and although Frida has no longer made scandalous comments against her family, allegedly the legal complaint he filed against his grandfather run its course.

Against this background, the singer of make love with another surprised to reveal that when she got pregnant with Frida, she wanted her baby to be a boy. This is how the rocker confessed during her visit to the program Todaywhere she narrated how her pregnancy was, this on the occasion of the dynamic in which the guests guess the gender of the baby that Andrea Escalona, ​​one of the hosts of the broadcast, is expecting. 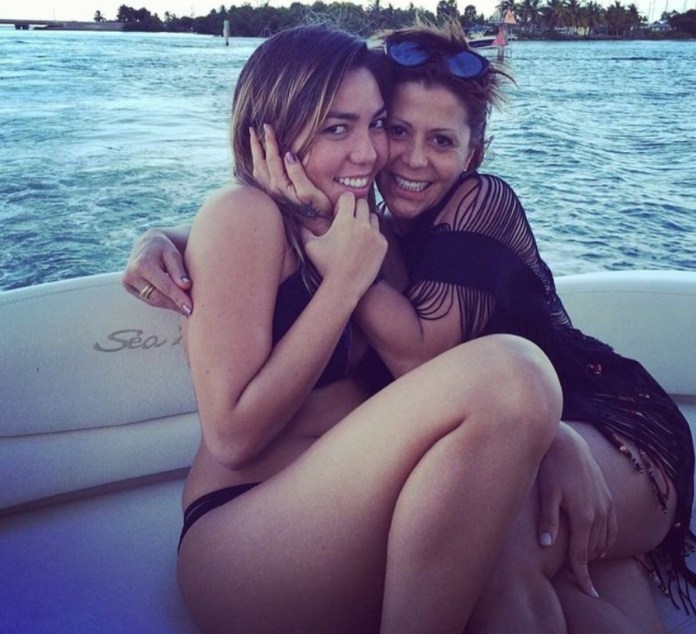 A few years ago, mother and daughter had a cordial and loving relationship before the cameras (Photo: Instagram / @laguzmanmx)

After that, Silvia Pinal’s daughter uncovered that at the time she wanted to have a son: “I wanted a boy, because everyone in my house is a girl, except my brother, so I said ‘I want to break with that’”.

This comment comes after Alejandra also spoke about her motherhood in early July. “Yes, I am a mother who is hurt by what happens, of course I am sensitive! I know that one day he will return, I know that one day he will open his eyes and he will realize it because one day I also demanded things from my mother, ”he explained about Frida in windowing. 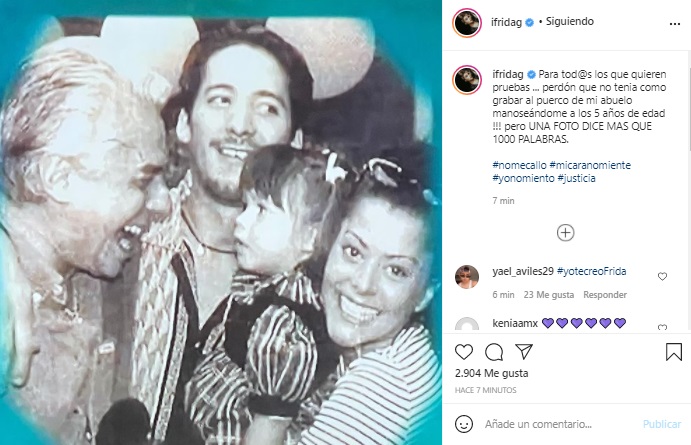 Frida has not retracted the strong accusations she made against her grandfather (Photo: screenshot from @ifridag)

“I will always have my heart open, I know that there is a thread that is the umbilical cord and that will never stop being united, so I know who he is and I know that one day he will realize because there are many people who do not see that, it came from here (her womb) and it is made with love, so with that no one can and will not be able to with the love of a mother, “he said about his hope of” making peace “with his only daughter.

Alejandra also told on that occasion that now that Frida is not there, she tries to direct all her maternal instinct to her nephew Apolo, son of her brother Luis Enrique. She finally commented that “I was at the most important moment of my career, and I could not have had it and I said ‘I want to have it‘”.