Through Instagram, the controversial influencer Fofo Márquez announced that his TikTok account was no longer available, so he was using his alternative profile.

“It was okay, they knocked down my TikTok, so now I’m using the backup account,” he wrote on Instagram, the last video of the 24-year-old was where he showed how he did his community work on the Matute Remus bridge. Although he did not explain the reason why he was left without TikTok, it is likely that it was due to a large number of complaints, since many people denounced him for closing an important road in the state of Jalisco.

In addition to receiving all kinds of criticism and even a supposed Threat from the Jalisco New Generation Cartel (CJNG)the State Prosecutor’s Office sanctioned him in the following way for interruption of communication channels:

-Make a donation of 35 thousand pesos in kind to a shelter, although the name of this place was not disclosed, it is known that the limit to carry out this action is August 31. However, the 23-year-old promised to bring his receipt on August 12. -Complete 12 hours of community work, which will be carried out in four-hour shifts over three days, starting activities at the Matute Remus bridge. In accordance with TV Azteca Jaliscothe young man began his work on August 9, so his painting and cleaning activities will end on the 11th of this day.

Instead of taking these community tasks as a punishment, Fofo Márquez has taken it as one more activity that he can show his followers. In the three days of the sanction, his friends have uploaded photos or recordings where the presence of local media and even fans can be seen.

All this was unleashed by a Fofo TikTok where with great pride and tranquility, he wrote the legend “I closed the streets for me”, in the brief recording he mentioned “Well, we are going to close. I’m going to dance, do tik toks; So, well, so they can see again what money can do here in Mexico, ”while he showed off around six luxury cars blocking the way.

For his part, the young man has been seen wearing a reflective vest and sweeping or cleaning common areas. At the time, the resolution of the hearing caused the name of Fofo Márquez to become a trend in various social networks, some of the comments that could be read were: “I will not forgive humanity for having made a famous underser like Fofo Márquez”, “They gave him more publicity which was what he was looking for” and “I read Fofo Márquez and thought that he had already been shot…”

Who is Fofo Márquez and why did he become famous?

The real name of the controversial tiktoker is Rodolfo Márquez and he is the son of the owner of the gas station chain Total from Mexico. 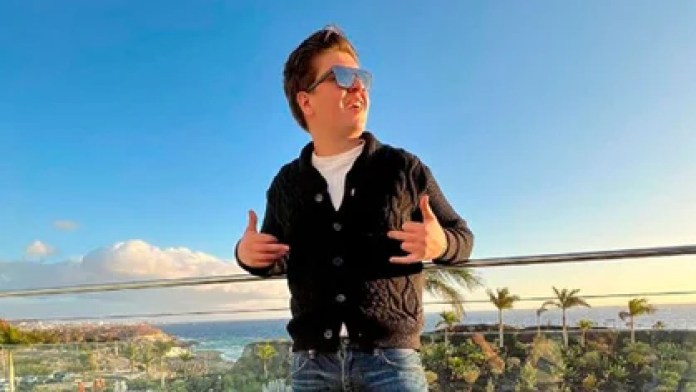 Taking advantage of the fortune to which he has accessconstantly shows his luxuries, because he shows off that he pays bills of thousands of pesos with his friends in the club and also usually shows all kinds of luxury vehicles or the hotels he visits on his various trips.