wants to be a jury of La Voz Argentina 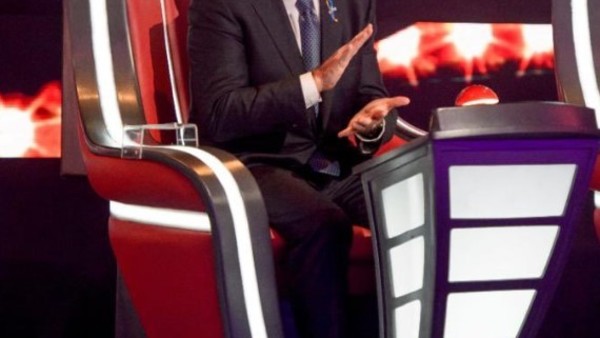 For some time now, the Twitter social network has become the communication channel par excellence for public figures and politicians in Argentina. They use it to make downloads, advertisements and even confessionsas the United States ambassador did this Tuesday, Mark Staley, who revealed what role would you like to occupy outside of diplomacy.

His statement was striking: far from the embassy, ​​the American hinted that he would like to occupy an important place in television. More precisely, in one of the most successful reality shows in the country.

This is La Voz Argentina, the singing contest broadcast by Telefé of which Stanley admitted to being a follower. A confession that even led him to star in an unexpected exchange of messages with Marly, Who is running the program?

“What a success La Voz Argentina, I love this show!”Marc Stanley wrote in a post making his fanaticism clear.

In the same publication, which he wrote in both Spanish and English, the ambassador was encouraged to slip in a proposal: “Coming soon: a version with diplomatic juries?!”, he asked along with emojis of laughter.

His idea was not only reflected in the message, but he also accompanied it with a relaxed image: a photo of him sitting in the famous red reality chairs that are occupied every night by the five singers (Lali, Mau and Ricky, La Sole and Ricardo Montaner) who judge the presentations of the participants.

In it he is seen smiling, simulating pressing the button on the chair that is used to turn around and indicate that the contestant is being chosen.

His tweet gathered more than 200 “likes” and reached the host of La Voz Argentina, who quoted Stanley’s post and replied.

“Thank you very much! Thank you so much Ambassador!” Marley replied in his account.

The behind the photo of Stanley

The image posted by the US ambassador to Argentina was captured during his visit this Tuesday to the Paramount studios, the production company to which the format of La Voz Argentina belongs.

On a tour of the place, the diplomat visited the facilities and entered the studio of one of his favorite programs, where he chose to take his photo.

“Thank you very much @USAmbassadorARG Marc Stanley for coming to our @paramountco @telefe facilities and studios. Let’s keep thinking and working on how to make this industry a source of talent and content from Argentina to the world,” wrote Dario Turovelzky, the general manager. from Paramount.

Dua Lipa awarded the title of Kosovo from her country