Two former Talking Heads celebrate the anniversary of a classic album, but without David Byrne

Jerry Harrison, the original keyboardist and guitarist for the legendary group Talking Heads, was joined by Adrian Belew, the band’s touring guitarist, and they announced a special recital in Los Angeles to celebrate the album Remain in Light.

The concert will be September 29th in The Wiltern room, together with bassist Julie Slick and percussionist Yahuba Garcia-Torres. Famous original singer David Byrne will not be present. There will also be an open talk from the musicians with Tawny Newsome, an actress and musician who even joined a Talking Heads tribute band. 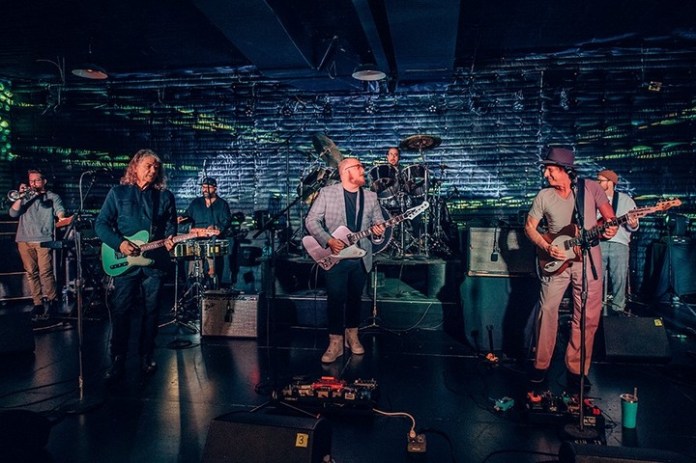 According to the statement that Harrison himself made about the origin of this show, “Belew came to San Francisco and we started to remember how special the band that had been put together to play was. Remain in Light live. It was different from the famous band of Stop Making Sense, as seen in that remembered show in Rome 1980. I am very excited about the idea of ​​recreating that. You could really feel the energy and strength, along with so many talented musicians on stage.” 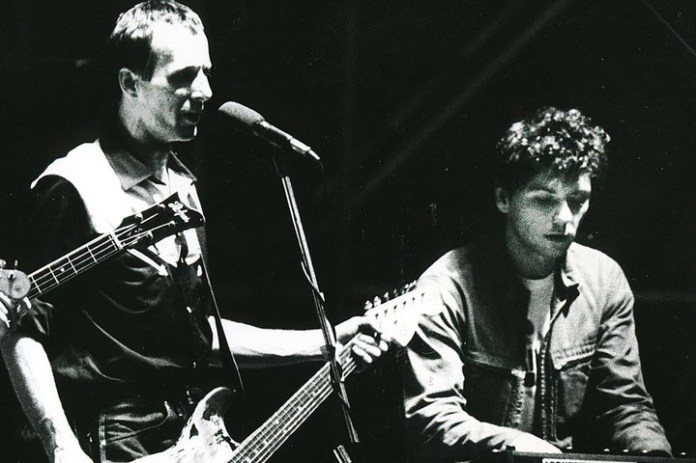 Jerry Harrison and Adrian Belew in 1980.

Adrian Belew, who toured with Talking Heads from 1980 to 1981, added: “Jerry and I talked a lot about that show in Rome that’s on YouTube, and we both thought it would be something audiences would love to see right now. “.

As for the concert itself, he said: “We put together a concert that is everything we wanted and more. There is an amazing team of musicians and singers lovingly reviving that historic Talking Heads repertoire with Remain in Light. They’re going to enjoy it so much they’re going to dance out the door!” 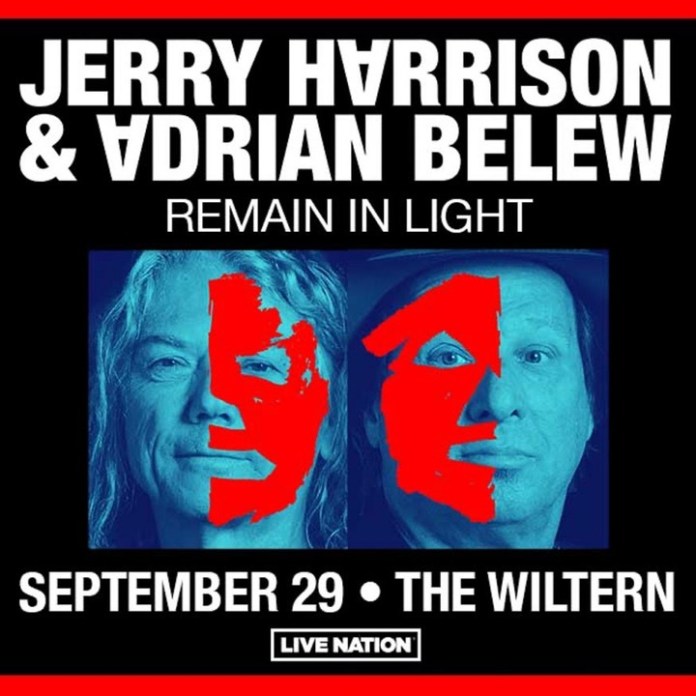 The flyer for the Jerry Harrison and Adrian Belew show,

Later in the year, Adrian Belew is also involved in another celebration of a rock icon: David Bowie, with the Celebrating David Bowie tour. 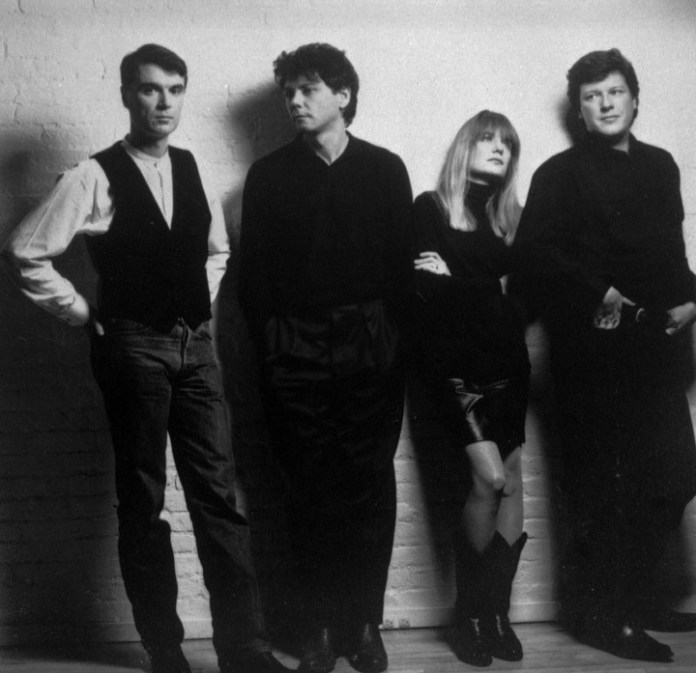 Talking Heads is one of the great rock groups called “new-wave”, for emerging in the innovative current of the late ’70s, almost on a par with punk. Between both styles, they overthrew the leadership of progressive rock and jazz-rock.

Talking Heads consisted of David Byrne, Chris Frantz, and Tina Weymouth, all alumni of the Rhode Island School of Design. They moved to New York, Jerry Harrison joined, and in 1977 they signed a record deal with Sire Records. From that moment on, it was all uphill.

Talking Heads became a reference in experimentation, especially with the albums produced by Brian Eno, and the fusion of rock with African rhythms. After eight important studio albums, including Talking Heads: 77, More Songs About Buildings and Food, Fear of Music, Remain in Light Y Speaking in Tongues; various tours, music videos and awards, in 1991 the group officially announced their separation.

In March 2002, the band played together Life During Wartime, Psycho Killer Y Burning Down the House at his induction ceremony into the Rock and Roll Hall of Fame. However, getting together for a concert tour is unlikely.