- Advertisement -
The user narrated the experience behind the viral video where he allegedly captured a shooting outside a anto (Photo: TikTok)

TikTok, the social network of the moment and without a doubt, one of the most addictive, has motivated users from all over the world to share with people some incredible experiences, adventures or stories, to sometimes accompanied by amazing imagesbut also from distressing shots.

Such is the case of a user who, thanks to the fact that he kept his cell phone on to record the atmosphere of the club where they went to spend the night, managed to capture what was supposedly a shootout outside.

Through a video that lasts a few seconds, we can see that a handful of people remain inside a building that appears to be a club. The background music He encourages them to dance tirelessly by neon lights and in small groups of no more than five people each.

This was the alleged shooting captured on TikTok

Then, people are amazed and stop dancing unexpectedly when outside they manage to perceive several detonations with a firearm, the same as until the moment of publication, the fate of the bullets was not known that terrified those present during a seemingly quiet night.

“Everything was laughter and fun until…”, are the words used by the user @_mateo_velazquez_ to add a touch of humor to the hard scene witnessed by those present.

Minutes later, and at the request of his followers, proceeded to release another video where he told in detail how the story unfolded outside the building where they met among friends that night. 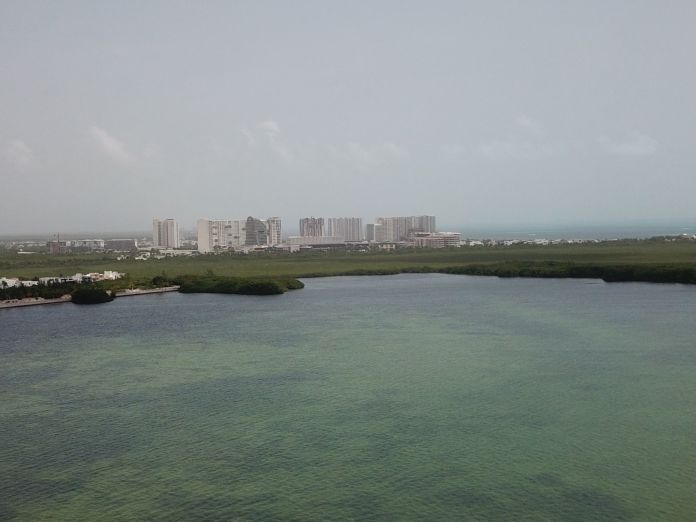 Cancun is one of the favorite destinations for tourists, but it has recently suffered violent episodes. PHOTO: ELIZABETH RUÍZ/CUARTOSCURO.COM

According to the story, all the people were very amused inside, but the protagonist decided to go out for a moment to the parking lot to have a few minutes. far from the intensity that a club supposesbetween music, dances and sometimes alcohol.

Once on the street, they noticed that a convoy of armed individuals, completely dressed in black, approached the building and then shot into the air and fled. Those present had no choice but to immediately leave said property so as not to continue to be exposed to the danger posed by a handful of armed assassins, in constant impunity.

Said video was presumably recorded over the weekend of August 5, 6 and 7, according to the dates of its publication, but until now, the authorities of Quintana Roo have remained completely silent, since no similar incident has been reported on social networks or official pages.

Some comments from other users insinuated that Quintana Roo, specifically Cancun, is an area that already has warnings not to be visiting areas far from the center or the hotel zone of the city.

“In Cancun they always shoot at the sky and more for the best known bars”; “Many do it because they want to scare others and laugh, it has already happened to me”; “Suddenly a band dedicated to collecting quotas and they did it as a sign of threat”; “Perhaps they do it as a warning”, were some of the most popular comments.

However, the discussion was divided, since there is also a part of users who claimed to recognize the sound of pistols with blank bullets, while others simply they laughed at the story and then they assured that it is not credible at all.