Diego Dreyfus is a Mexican actor who since 2017 became relevant in social networks because he became the “life coach” of the striker of LA Galaxy and top scorer of the National Team, Javier “Chicharito” Hernandez.

Within his social networks he has always been characterized by sending messages of support and self-improvement to his more than 2 million followers on Instagram, However, some of his messages have caused him to be called “classist” and “elitist” on more than one occasion.

During the afternoon of last Monday, August 8, the also content creator shared a message that was placed in the conversation topics of social networks, as they criticized his speech where he justifies his “privilege”: “Be careful who you give your energy to”, can be read in the description of the video.

“Just as I’m not classist and I’m not racist, if I’m ‘energy’, I’m an elitist whore with energy”, can be heard inside his video which within the platform of Instagram It has just over 100 thousand “likes” and a wave of comments.

As expected, social networks turned against the youtuber, as various Internet users pointed out that this speech that Dreyfus maintains in his videos It is the one that has led Mexican content creators to justify discrimination on their platforms.

“If you share Diego Dreyfus I can assure you that you swear you have a shark mind and stuff.” “I don’t trust people who listen to Diego Dreyfus”. “By slugs and slugs like the whitexican @DIEGODREYFUStheir elitist attitudes, costly scenarios/practices and exclusionary speeches (of cadenero), is that they have beaten the reputation of yoga and meditation”, are some comments recovered via Twitter.

Many speeches are always surpassed when it comes to justifying discrimination.

So the content and messages on networks. Be careful and don’t add to their energy. -NAMASTE-🤡 pic.twitter.com/iO9P0807Wn

Since his arrival on the media scene due to his friendship and work relationship with the well-known Mexican soccer player, His name has been a topic of conversation for avid soccer fans and even more so for those of Javier Hernández.

One of the first controversies in which he was involved was when fans They blamed Dreyfus for the soccer slump of the former Manchester United soccer player, who abandoned the European dream by leaving the ranks of Sevilla and arriving at LA Galaxy of Major League Soccer (MLS) in 2020.

Later, already installed in the United States, Chicharito separated from his partner sandra cohan, with whom he had a daughter. This rupture also provoked criticism against the life coach, since many people indicated that it was the third in discord. 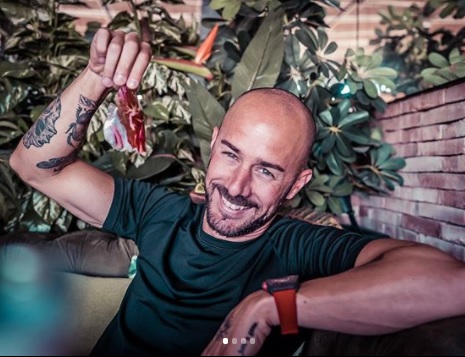 The friendship between Javier Hernández and Dreyfus followed. Both went out to deny the rumors and calm the flow of gossip and lies. Thus, To this day, they maintain a close bond that led them to live together and create various projects, such as a YouTube channel where they tell their lives.

On several occasions he has allowed himself to be photographed with various celebrities, such as Christian Nodal to whom he dedicated some motivational words or Angela Aguilar. The latter was involved in controversy after allowing herself to be portrayed with the controversial “life coach”.

It was at the end of June when social networks called Pepe Aguilar’s daughter “classist”, after laughing at a comment by Dreyfus. On that occasion, neither the well-known singer nor the content creator born in Cuernavaca came out to comment on any position after the comments received on social networks.