The new story of Marcelo Birmajer: The indiscreet usher 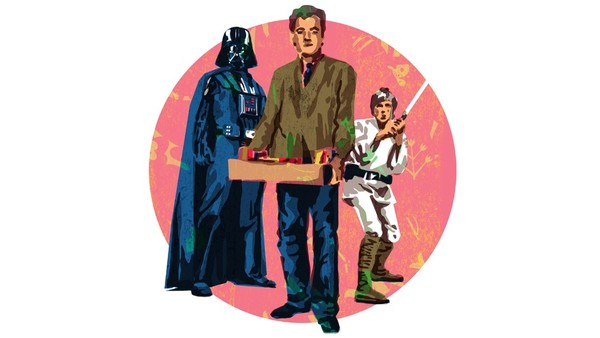 Certain trades have imperceptibly vanished, others have mutated and some persist without a soul. Already I don’t remember when was the last time I saw an elevator operator. Cinema and theater ushers continue to fulfill their duties, but they are no longer emblematic characters as they were in the 20th century.

In my childhood, each cinema had its own name and usher. The viewer went to see a movie at the Alfil cinema, or Los Angeles (which exclusively showed Disney movies). The Lorca and the Gaumont still maintain that modality, with a specific cinematography.

Practically every neighborhood boasted its own movie theater, with name and usher. The cinemas displayed a certain personality, as De Gaulle claimed to conceive a certain idea of ​​France.

the usher it was part of the ceremony: He could also become a candy seller, shouting his merchandise in a wooden box, with the interior lined in red, sweets, candies, chocolates. I think chewing gum was prohibited.

He knew how to exist in the neighborhood of Once, in an absolutely unlikely corner, on Lavalle street, reaching Pueyrredón, a cinema called El Bastión. There the usher was nicknamed Shire. I don’t know the origin of his nickname.

In Flores there was one, to whom people under 18 used to bribe to see Isabel Sarli’s prayers, called Ant, probably because of his height and bad manners.

But Shire, the nickname, escapes me. Also Shire for a collective bribe enabled us to observe the mystery of female beauty. It was strange to access that transcendental knowledgeone day when we escaped from school at lunchtime, among the cloth stalls and the commercial bustle of El Once.

But this is how I discovered that none of the facets of life are completely separate from each other, any more than the different parts of the body are. And while this connection between the very dissimilar aspects of human life and the universe does not prevent each one of us, in the darkness of the cinema and of his own existence, he finds an atrocious and incurable lonelinesswithout ancestors, without parents or love.

Comarca suffered from what today we would call a toc, a compulsive condition of the psyche: unintentionally revealed movie endings, individually, to certain viewers. Spoiled, the young people would translate. I didn’t do it on purpose, I repeat.

On two or three unfortunate occasions, I was able to testify that it was the same kind of verbal outpouring of an insulter with a syndrome. Was a man with this difficulty the best person to work as an usher? Certainly not. But he had saved the life, during World War II, of the owner of the cinema, Igor Abrans.

I never knew under what circumstances, or if they were Jewish, or from what part of Europe they came. Were a male partner -not in the sentimental sense-dysfunctional: Abrans the owner of the cinema, Comarca the indiscreet usher.

A man and his girlfriend came in to see The sky can waitwith Warren Beattyand Shire whispered to the woman: “They end up together, but in another body.”

It’s today that I have no idea what it’s about Star Wars. I think I have seen every movie from its first release to the 90s: unsuccessfully. But I vividly remember the night Shire revealed to a group of teenagers, before directing them to their row of seats: Darth Vader is Luke’s father.

In February ’82, when they released the movie It will be Justicewith Paul Newman and Charlotte Rampling -the most memorable trial of my adolescence-, the roll of the end was missing. For some reason, they received only the first two parts of the film. Igor appeared on the scene and asked us to wait half an hour, inside or outside the room, because the missing roll would arrive shortly; and he went back to his office.

But Comarca, as if giving free rein to his pathology, to a demon that was consuming him from within, leaned in the middle of the stage, standing on the floor, and told us all, in the shadows: “She is betraying him.” .

Some of the spectators left the cinema huffing, others booed him, someone threw a chocolate paper bun at his head. Shire walked away impassively, down the ocher-carpeted corridor, between the leather-upholstered armchairs, like aA Hollywood actor who got on the Oscar podium by mistake and left thinking of something else.

I was one of those who stayed, despite the truth. Somehow that evening I learned that it is not enough to surprise the viewer with a twist: in the plot there must be an emotional, lasting sense that resists its anticipated revelation. At least that’s what an author should try.

Shire’s leaks against viewers were random: not always, not to everyone, and to no one in particular.

His pathology was mythologized and branched out over time. There were those who went to the cinema with the sole intention of meeting the indiscreet usher, and eagerly hoped that the surprise of the cinematographer would be ruined for them: they were often, paradoxically, frustrated. To any disorder of the soul of an individual, there corresponds the symmetrical fit of another.

People who had reported that they would go to the movies and would not, specifically passed through El Bastión so that Comarca would blow the denouement and complete their alibi. They succeeded or failed in similar proportion.

Many years after it was all over, when I was already what Roque Narvaja he sings in an incomparable way, major, on leaving to donate blood, the acquaintance who had summoned me wanted me to greet his relative, interned a few floors above.

In the same room, separated only by a screen, Comarca lay dying. He suspects that only Igor Abrans could have been by his side holding his hand; was not the case. Saving someone’s life infrequently garners equal payback. If the saved person dies first, the debt naturally goes unpaid.: I can spoil that ending without blame.

I got closer. Time, now that her personal film was passing titles without music, had allowed him to retain the recognizable features of her face. Like the ambitious seeker of a buried treasure, as if I didn’t care about his departure, when in fact it was quite the opposite, I appealed to his great fault as if it were a merit: “Shire,” I asked in a low voice, how will my life end?

He recognized me. We had seen each other hundreds of times, he had destroyed two or three illusions, he had become part of the country of my past.

“This is just beginning,” he whispered. And he died.