The authorized series of Vicente Fernández from Netflix is ​​near! The production of the streaming platform, which is starring the actor Jaime Camil, It has already come out as an invitation for the public who wants to see the history of the Charro de Huentitán. What did they present in the trailer?

It was through social media Netflix where the trailer for ‘El Rey, Vicente Fernández’ was published.

From ‘Cobra Kai’ to ‘The King, Vicente Fernández’; Netflix releases in September 2022

In the preview of the authorized production, Jaime Camil –as Don Chente– is seen with his family. Some scenes are also seen singing and even when he entered prison. As if that were not enough, it also shows a bit of his relationship with Doña Cuquita, who asked to prioritize the family.:

“Sometimes I’m afraid that you don’t need me anymore, that because you’re getting big it seems like little to you,” says the character of Doña Cuquita.

The trailer for this preview shows the song Volver, Volver and the iconic phrase from the father of the Foal “as long as you keep clapping, I’ll keep singing.”

In April of this year, the singer, who died on December 12 -2021-, said that very soon on Netflix they would be able to know his story, remember his songs:

“My story, my songs, my feelings and how much I love them. Very soon on Netflix”, said Don Vicente Fernández in front of the cameras.

Andrés García believes that he was to blame for the fall that affected the health of Vicente Fernández; “we had ‘little runs'”

On March 14, Ma. Refugio Abarca Villaseñor, better known as ‘Doña Cuquita’, called on the authorities to ‘stop’ Televisa with the premiere of ‘El Último Rey. The son of the people’, a bioseries by Vicente Fernández not authorized by the family of ‘Charro de Huentitán’.

Through a statement, Vicente Fernández’s widow described Televisa’s production as “illegal” and called on the Mexican authorities to stop the premiere of the series on Monday, March 14, as she assures that it is an unauthorized project. and that they are using “their trademarks, their artistic name” and “their image”, which they ensure are registered and protected by law.

“I ask the authorities of my country, do not let that company do what it wants, with a feeling of impunity that I do not think they will allow, because their illegalities and their desire to get money the bad way are so clear,” says Dona Refugio.

Cuquita’ also explained that “Televisa wanted Vicente to give them his rights for free to make a series of his life” and that later they only offered him “crumbs”.

“Vicente didn’t let it go. He told me: ‘Cuquita these don’t have fillers,'” he recalls. 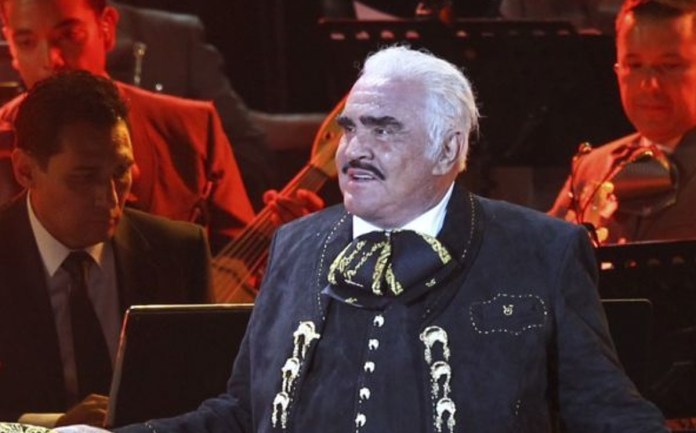 He also stated that Fernández personally chose Jaime Camil “because he is talented, disciplined and free of scandals” and explains that Pablo Montero, who stars in ‘El Último Rey’, “is a good boy, but he knows that his image is not the one that Vicente would have approved and knows that since November he was participating in the dark ones in the illegal Televisa series.”

He also referred to the book ‘The Last King: The Unauthorized Biography of Vicente Fernández’, on which the Televisa and Argentine Olga Wornat series is based.

“Televisa without authorization wants to impose based on a book by an Argentine, a country that I admire but that saw the birth of that lady of whom I don’t even think better.”

Alfonso Herrera shares a beautiful photo with Ana de la Reguera: Do they confirm their romance like this?

Juan Pablo Medina talks about his return to the cinema with ‘Soy tu fan’: “I felt strange”