As social networks gained ground, great Mexican stars joined the trends and opened their accounts, unleashing a furor among users for their valuable contributions. Such is the case of Ignacio Lopez Tarso -during the pandemic it ventured into the transmission of plays-, Queta Lavat -she is succeeding with her cooking channel- or Ana Martín, who in recent years has taken advantage of the closeness with her fans via virtual to share her anecdotes.

On this occasion, the protagonist of unforgettable melodramas such as Oyuki’s Sin (1988), Gabriel and Gabrielle (1982) and neighborhood girl (1979) carried out a dynamic with his followers where he answered some questions related to his long career in the national art world, where one in particular caught his attention, since it was considered a rumor until now.

For years there was speculation about the approaches that Marilyn Monroe would have had with some Mexican artists, among them, Ana Martin. It was in this context that a user of TikTok took advantage of the fact that the native of Mexico City reappeared in her profile to question her about the veracity of the story and unexpectedly received an answer, because she told how she met the American star.

Response to @davidallegre Yes, I met her. ❤️

“If I met her, I was lucky enough to be making a movie at the Churubusco studios and she got there. A scandal was created with the photographers and she because unparalleled beauty, personality, charm “said.

According to his brief story, he was one of the few people who had the opportunity to meet the great diva of Hollywood cinema by fate, because he was in the right place at the right time. Like many, she was surprised by her beauty and it only took an exchange of words for her to also recognize her warm personality.

I only knew her from ‘Hello, how are you? Nice to meet you’ but I met her… beautiful. 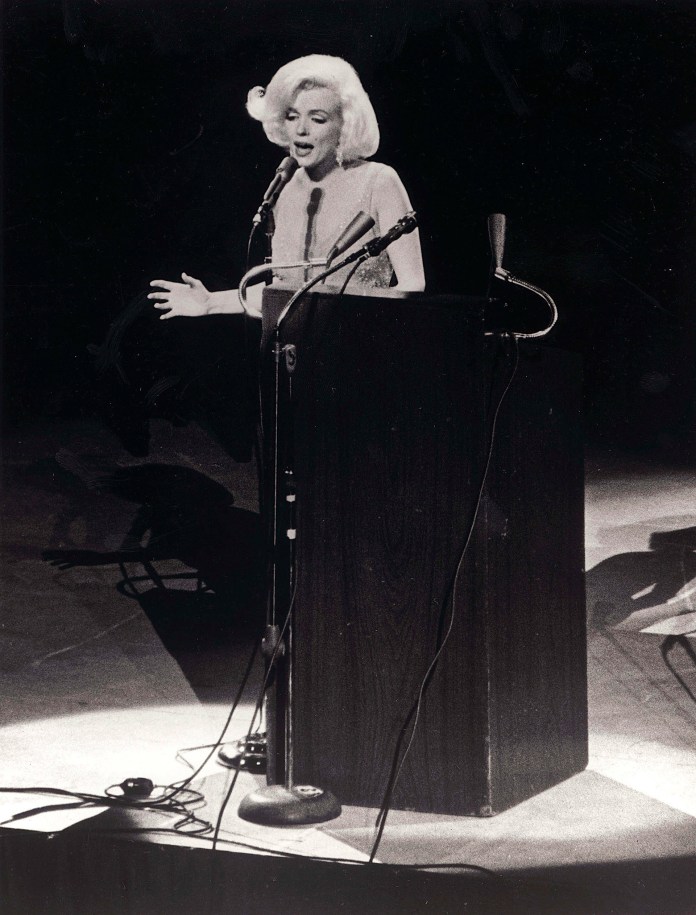 Marilyn Monroe during her performance of “Happy Birthday” for the then President of the United States of America, John F. Kennedy. (Photo: Grosby)

The reactions were immediate and soon the comments section was filled with positive criticism for the Mexican for her sympathy. But that was not all, many took advantage of the fact that she is opening her heart to ask her about his possible coexistence with other stars such as María Félix, Carmen Salinas, Michael Jackson, Elvis Presley or Selena Quintanilla.

“Ma’am, you are too and it was very beautiful.” “My grandmother is a big fan of you.”. “What a father to meet her.” “I’ve waited so long for this response.” “This lady makes me feel so calm.” “What year was she?” “In my opinion you are a beautiful lady not only now, I can imagine when I was young”, were some reactions.

But that was not all, Ana Martín posted another video on her account TikTok where he recalled what his debut in the American film industry was like. According to his account, it was approximately 54 years ago when she shared credits with Robert Taylor, Chad Everett, Mort Mills and Lyle Bettger in Return of the Gunfighter (1967), a film that was presented in Mexico as The return of the gunslinger. 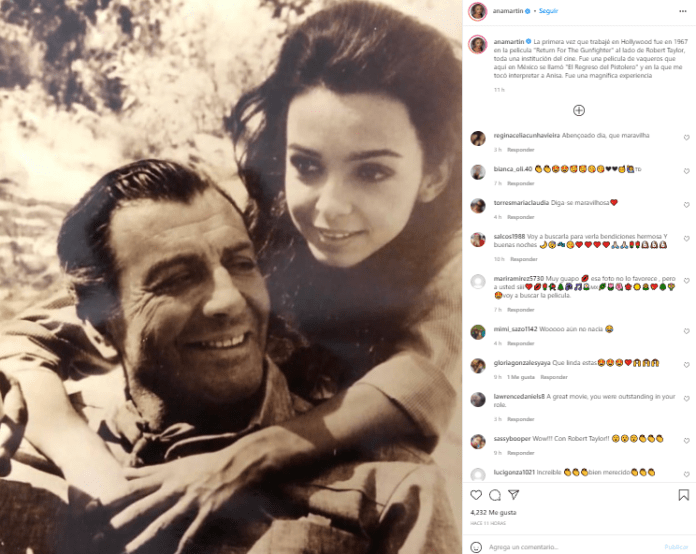 However, it was not the only western film made by Ana Martín during her early years in the industry, she also collaborated on Mortal trap (1972), a film where he coincided with Paul Carr and Claudia Jennings. She also commented that she was planning to make a series, but unfortunately the project did not come to fruition.

Marilyn Monroe will return with “Blonde”, her biographical film

Less and less is missing for it to be released Blondethe biographical film of Marilyn Monroe starring Ana de Armas under the direction of Andrew Dominik. A few hours ago, Netflix released the first official trailerwhere you can see some recreations of iconic moments where the late actress dazzled.