The daughter of Luisana Lopilato and Michael BublÃ© was born: â€œThank God for this infinite blessingâ€ The baby was born in Vancouver and the actress and the singer shared the news with a sweet postcard on their social networks

Luisana Lopilato and Michael Buble they became parents for the fourth time. This Friday, a few days earlier than expected, the baby was born in Vancouver, where the actress and singer reside for much of the year. And, as they had been doing in the previous instances, they shared their happiness on social networks.

“Of love is life and it is light and she… our little Sky Yoli Rose Bublé. At 3.8 kg you finally came into our lives!! Thank you God for this infinite blessing of making us your parents!! We love you!”wrote in both accounts, in Spanish and English, and added their other three children to the greeting: Noah, 9 years old, Elijah, of 6, and Lifeof 4. The baby’s name had been kept secret and he had only advanced that it was the work of one of his brothers, although he did not want to reveal which one. 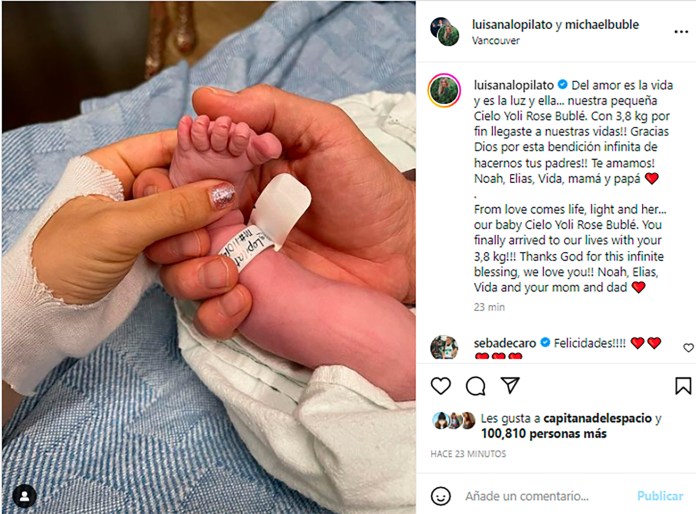 The posting of Luisana Lopilato and Michael Bublé

Luisana calmly awaited Cielo’s arrival, as a family and in contact with her Instagram followers. She had previously celebrated the baby shower surrounded by her most intimate environment. It was a very special day and we are saying goodbye to the belly. Thanks to my friends and family who were in charge of preparing a spectacular baby shower, they made me feel very special and loved. Now yes, we enter the countdown, ”she wrote along with an album of the celebration with her loved ones.

Hours before becoming a mother, she opened a question and answer game on the social network where she has more than six million followers. There she told that it was going to be “a very careful and accompanied delivery, but it will not be at home”. On the other hand, an Internet user wanted to know the sex and the name of her future daughter. “She’s a baby… and that’s all I can tell you for now”expressed leaving a cloak of doubt that was finally revealed as Sky Yoli Rose. 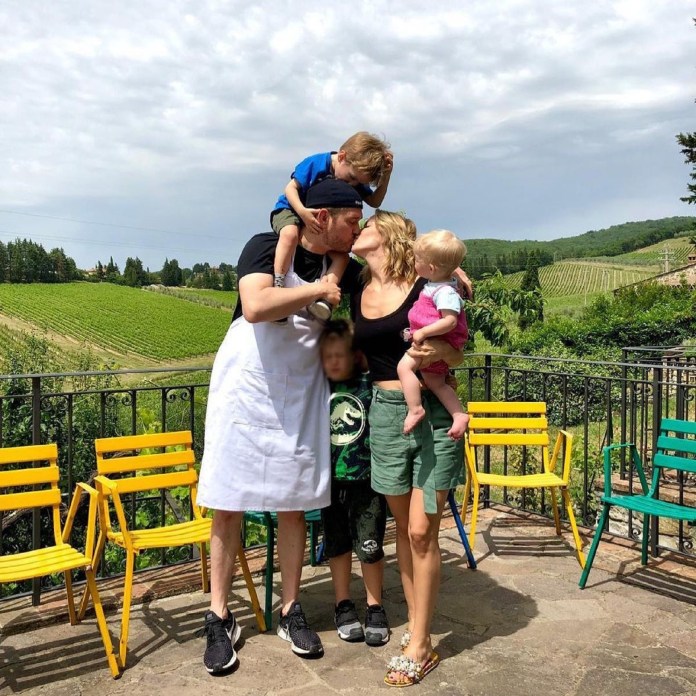 A postcard from home of the Bublé Lopilato family, before the birth of Cielo

“How have you been feeling? Nervous or more relaxed?” Was another of the questions that came to her. “I love being pregnant! I love the whole process, but now that I am very, very close to the date, I feel a little more anxious. We want to meet her now”, admitted the former Rebel way. Her wishes were her orders and this Friday she became a mother for the fourth time.

Although at that time he had not wanted to reveal his little girl’s name, yes he could advance who chose him: “One of his brothers. There is little left for them to find out, ”he anticipated. And she also made it clear that she’s not the only anxious one in the family. “With this little face asking every now and then how much is missing, like when you go on a trip, they kill me with love!”, he wrote next to a smiling image of sponge Bob.

On the other hand, his fans wanted to know if he was going to go to the World Cup in Qatar, which will be played in mid-November. “I would love to take my children to a World Cup! But this year it is complicated by the very small baby, “he confessed. Finally, she closed on the possible due date: “This week”. Finally, the most anticipated news materialized this Friday and the Bublé Lopilato family continues to grow in love. 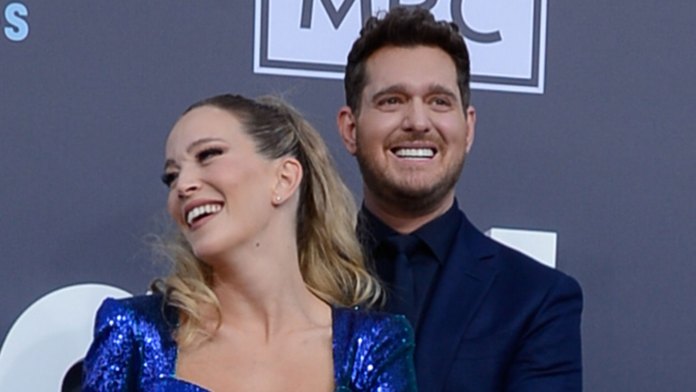 Days ago, the actress was also a trend after publishing a video, she put herself in the shoes of paola argentohis remembered character in Married with kidsthe sitcom that this summer will have its theatrical version. “My name is Paola Argento. She is pronounced Pa-o-la. Argent. That’s how it sounds.” expressed recreating a very funny scene from the successful sitcom. The post revolutionized social networks, where she was told that she was more beautiful than ever. The play will premiere in January at the Gran Rex and, the replacement for Erica Rivas will be in charge of Jorgelina Aruzzi, though not in the same role. “She would be Dardo’s new girlfriend (a role played by Marcelo De Bellis),” he announced Marcela Taurus in intruders. Y Maite Penonori He clarified: “It will not be María Elena, it will be a new girlfriend.”