Barbie will have her own movie in 2023 (Screenshot: Twitter/@sophhh144)

For a few days, the Netflix Latin America platform announced that this August 16 it would add all the Barbie movies to its catalog, which excited many people who grew up with these stories. 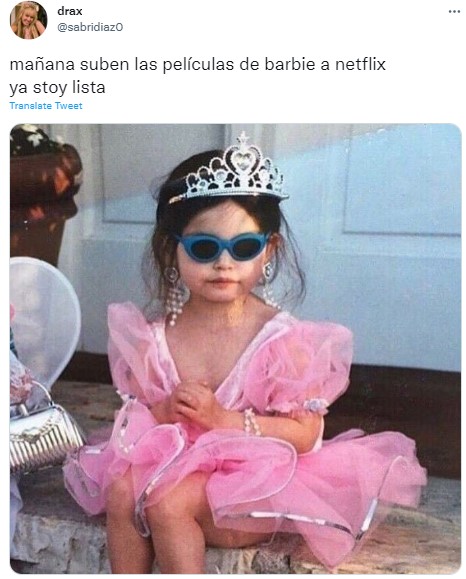 The reactions to this update in the Netflix repertoire unleashed all kinds of reactions, including memes, phrases and even claims. In some of the hilarious images, people noted that they had waited for the change of day in their cities to enjoy Barbie’s adventures, while others were upset that the film they had hoped for was not added.

Currently, these are all the Barbie movies that are available on Netflix:

I hope they sing this in their heads all day: ♪ I’m just like you, you’re the same… ♪
‘Barbie: The Princess and the Commoner’ is out now. pic.twitter.com/sVgtELTtAA

-Barbie the princess and the commoner

-Barbie and the 12 Dancing Princesses

-Barbie Fairytopia: Magic of the Rainbow

-Barbie and the Pauper Princess 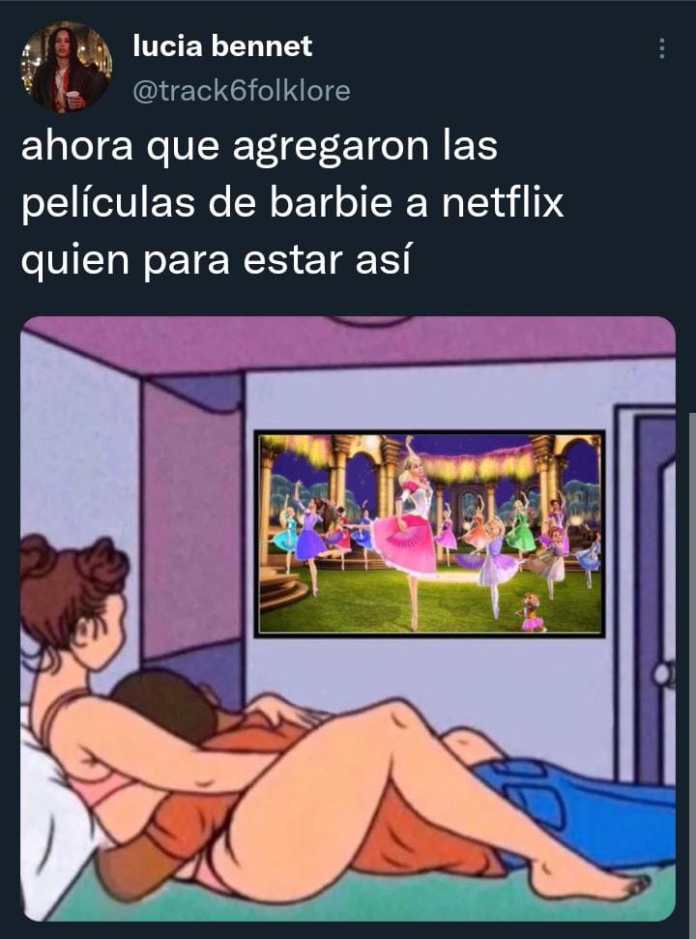 -Barbie the secret of the fairies

-Barbie and the Princess of Pop 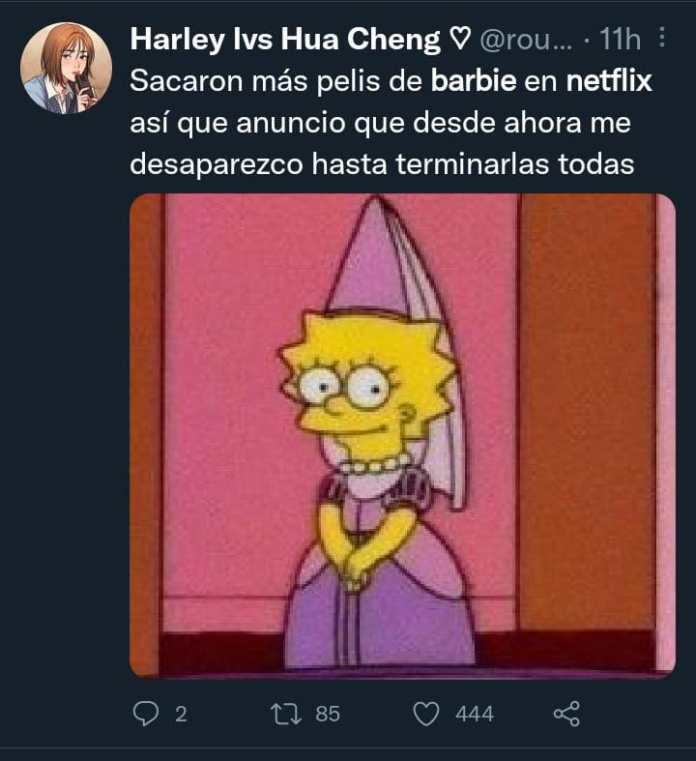 Mattel Barbie dolls are one of the favorite toys of many little girls and some boys, however, many generations were marked by their movies, which were broadcast on various television channels and even on compilation discs.

Despite the variety, many Barbie fans noted that there are not the most “iconic” or beloved Barbie movies for them. “The entire Mermaids saga was missing”, or “It’s not okay, they’re not all there, my favorite Barbie and the Nutcracker are not there, why do they say all of them?”. 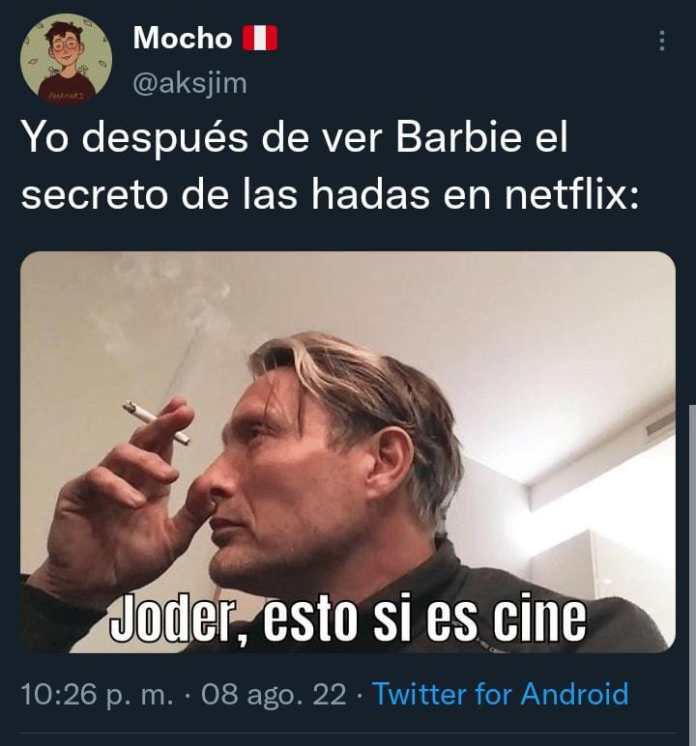 However, many people expressed on Twitter that they were satisfied with the new films of the beloved character, as it brought back very pleasant memories of their childhood and even made room in their daily routines to put together a marathon.

The release date for the long-awaited production is July 21, 2023, but it is known that who will give life to the iconic and versatile character is Margot Robbie, on the other hand, who will play Ken will be Ryan Gossling. 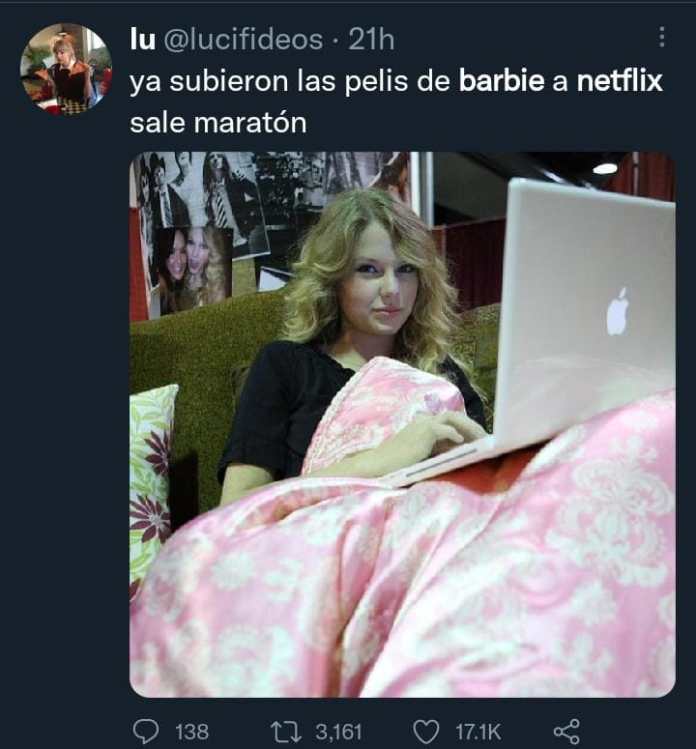 The duo has formed a spectacular couple for the stereotype that drives the cartoon, so the first leaked images in their role generated all kinds of comments.

When the first glimpse of the shoot was released, fans of the beloved doll blew up the internet. It was in the middle of CinemaCon, an event that took place in Las Vegas, that the first image of margot robbie embodying the doll Robbie is perfect characterized as the doll: pink convertible, pink background, matching dress and something very characteristic of the doll: the smile fixed on her face. 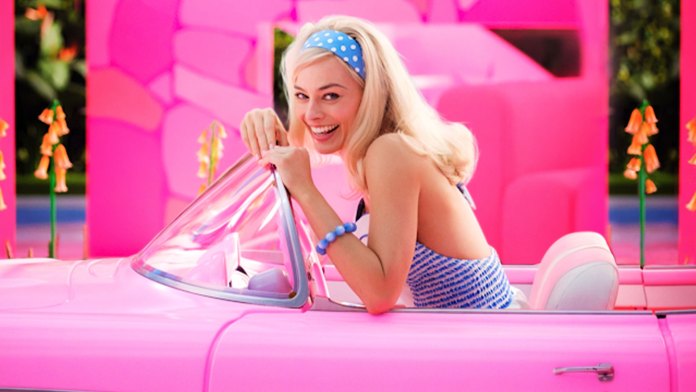 The story tells the life of a doll who lives in Barbieland and is kicked out into the real world for not being perfect enough.

“Barbie promotes confidence, curiosity and communication during childhood; she also empowers children to imagine themselves in aspirational roles, from princess to president, ”said the actress who will bring Barbie to life.

At the time, Margot could not reveal anything about the plot, but she did add that she was very honored to take on the characteristic role and to be part of the production of this film that she believes will have a huge impact and leave a positive mark on children and in the public around the world.