Sylvester Stallone exploded with fury against the producers of Drago, the spin-off of Rocky: “They are parasites”

The actor Sylvester Stallone he exploded with fury on his social networks upon learning that the producers of the “Rocky” saga are preparing a new spin-off focused on Iván Drago, a character played by Dolph Lundgren.

The actor did not like the last play that his already archenemy made on him Irwin Winklerthe 94-year-old producer who has all the exploitation rights of a cinematographic saga, created by and starring Stallone.

The actor found out about the spin-off from the press and took aim at Winkler, whom he has described as a “bloodsucker”.

On his Instagram, Stallone sent a message to the people behind the project without their consent and participation. Among those partners, is none other than Dolph Lundgren, until now a good friend of Stallone. They are parasites He launched.

“Another piece of news that breaks my heart. Once again, this pathetic 94-year-old producer and his dumb, useless vulture sons, Charles and David, are once again cleaning the bones of another wonderful character I created without even telling me.”, he wrote in his post, which he later deleted from his account on the social network.

“I apologize to the fans, I never wanted the ‘Rocky’ characters to be exploited by these parasites…”Stallone continued. “By the way, I have nothing but respect for Dolph but I wish he had told me what was going on behind my back with the character I created for him. LTrue friends are more valuable than gold.”sentenced.

Stallone followed up with another post, this time with photoshopped images of a Winkler sucking “Rocky’s” blood and stabbing him in the back. Presumed to be the most hated, talentless and decrepit producer in Hollywood and his cowardly sons have found their next meal… Drago? Give me back my rights, bloodsuckers!”.

For now, of this new spin-off of ‘Rocky’ it is only known that it will be titled “Drago” and that the studio has hired screenwriter Robert Lawton to write the script.

In an article from The Wrap, it was announced that Lundgren, 64, will reprise his role as Russian boxer Ivan Drago in the upcoming spinoff. Lundgren landed the role in 1985’s “Rocky IV,” before returning in 2018 for “Creed II.” The latest installment saw his character help his son Viktor Drago (Florian Munteanu) prepare to fight Adonis “Donnie” Creed (Michael B. Jordan), the son of the late Apollo Creed (Carl Weathers), whom Ivan killed during their fight in “Rocky IV”. 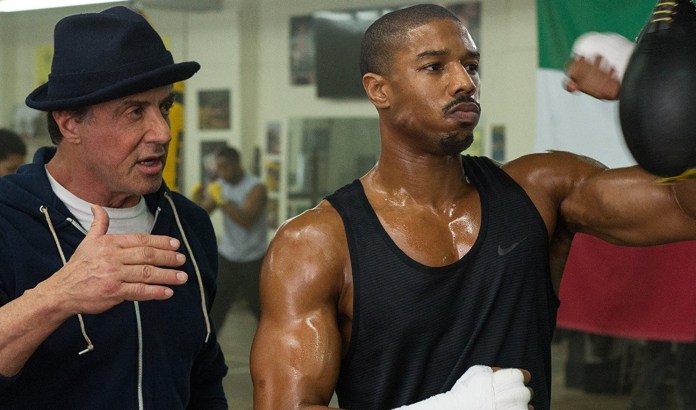 Creed 2, the movie in which Sylvester Stallone returned to play Rocky Balboa

Stallone has previously fought for his rights to the character and story he created, revealing to Variety in 2019 that he has “zero ownership” of the franchise. He noted that he was “very angry” and “furious” about not having any shareholding in the saga, but also regretted not pushing hard enough when he negotiated the deal for the original film.

“You don’t want to disturb the feathers of the goose that lays the golden eggs,” Stallone said at the time.

The Hollywood star asked the producer to pay him back “what’s left of [sus] Rights”. It is a “painful subject” according to the actor in a post on Instagram.

Stallone had already bad-mouthed Winkler in early July. he claimed it was a “snake” because it had taken away his chance to participate in the “Rocky” franchise, created by the actor in 1976. “After Irwin controlled ‘Rocky’ for more than 47 years, and now ‘Creed,’ I would really like to bring back at least a little of what is left of my rights, before passing them only to their children, ”he had exposed.