Sebastián Borensztein directs a docu-series without a previous script, with young thinkers

Sebastian Borensztein is the director of Negroni philosophy: passion for thinking, which has just been released. The axis is a meeting of friends around a drink and let the conversation flow.

It is the first docu-series, produced by AMC Networks for the firm Campari and that can already be seen through the platform Flow.

There are a total of five episodes. in which eight young thinkers address five major themes of life, with the company of a bartender who unfurls his stamp on a signature Negroni and invites conversation, reflection and exchange. The first chapter is called Passion to Create. 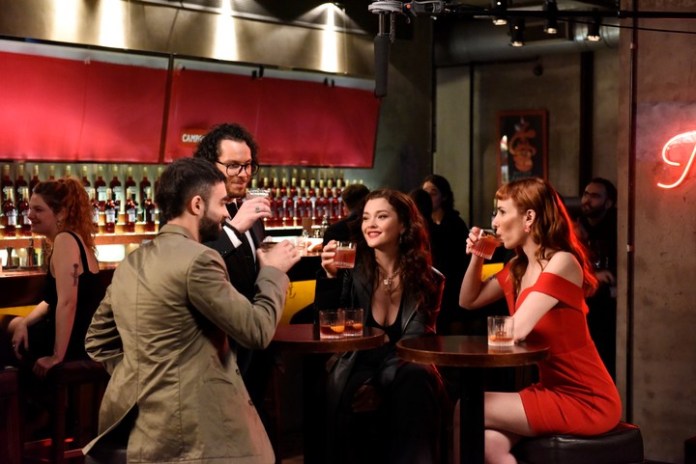 The cycle is led by the philosopher Eial Moldavsky and the writer Mercedes Romero Russo who play the role of moderators.

The participants of the docu-series directed by Borensztein, they discussed passion, love, art, thought and science.

The director commented that he was interested in participating in the project because he was excited by the idea of ​​filming with people thinking but without prior script.

For their part, all the participants assured that it was a great experience to talk about such important issues, in a relaxed setting, and that this allowed very genuine talks to be achieved.

The content is part of the 10th edition of the Negroni Week global event, a week in which the emblematic Negroni cocktail is honored worldwide under the gaze and proposal of different bartenders in different bars in each country.

The initiative honors the classic cocktail by raising solidarity funds around the world and what is collected in Argentina will be allocated to the Food Bank.

Banco de Alimentos is an NGO that has been responsible for 20 years of trying to reduce hunger, improve nutrition and prevent food waste. The donations generated within the framework of this initiative will be converted into plates of food that will be distributed among more than 340,000 people who attend some 1,300 soup kitchens in the country.