The comic-con 2022 It was a complete success, especially for all the superhero fans. And it is that during the popular convention they confirmed the audiovisual projects that will be part of Phase 5 from the Marvel Cinematic Universe and shared some details about Black Panther: Wakanda Foreverone of the most anticipated sequels by the Mexican public because Mexican artists will participate.

In the midst of the euphoria that was unleashed on social networks by the confirmation of Tenoch Huerta and Mabel Cadena as namor Y Namora respectivelySome details about the film whose premiere is scheduled for November 2022 emerged. Between memes, criticism and applause for inclusion, Mavel revealed that the actors will not be the only Mexicans who will participate in the sequel, so will Ángel Jair, better known as Santa Fe Klan.

The controversial rapper will be part of the soundtrack with Ama song that talks about the love of the roots and that is currently available on the official channel of Marvel Studios, where the following verse that will be part of the prologue was highlighted: “I am what I am, there will be no other option, blood and pain I feel in my heart”.

The unexpected participation of the Guanajuato native was applauded by the public, since in recent years he has managed to position himself as one of the most popular artists in the national music industry with songs such as I must understand, I’ll come looking for you, Major League Y I keep waiting for you to come backto name a few.

Nevertheless, some users of Twitter they pointed out that the rapper would have replaced Christian Nodal on the soundtrack of Black Panther 2, Well, during an interview that he gave for a radio program in Guatemala, he commented that he would make a piece for said film, but until now his collaboration has not been confirmed by Marvel Studios.

“I’m going to be doing tours, taking videos. We are going to be doing things online; a lot of music, I haven’t released music for two years. Let’s say we’re going to try to hit hard what we haven’t hit hard without putting out music and nothinggo back to the same routine, get promotion ”, he commented on his next projects in a video recovered by a fan account.

📹| “I’m going to do the musicalization of Black Panther”.

I also want to add that I am going to do the musicalization of Black Panther.

Belinda’s ex-fiancé was very enthusiastic about the opportunity that the production of the film would have given him, however, several days have passed since the collaboration of the Santa Fe Klan was confirmed and there is still no information about his alleged participation. It is worth mentioning that there is still the possibility that a song performed by Nodal will come outas there are just over three months to go until the global launch of Black Panther 2.

Regarding the song that the rapper performed for the sequel, both his fans and users of Youtube They said they were happy for this great opportunity that was given to Mexican talent and filled the comments section with positive messages. 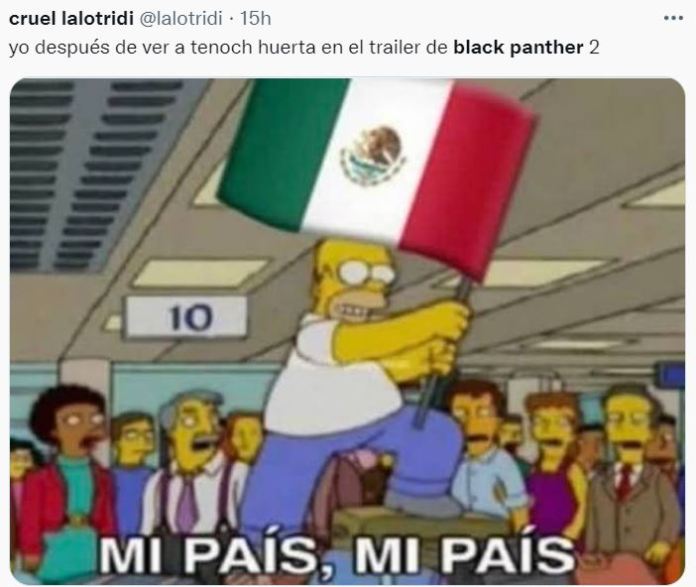 “I’m not a fan of Santa Fe but it’s a pride to see that a Mexican rapper is in a movie of this caliber, what the hell”. “I am not Mexican, but as a Latino I am more than proud of what we are experiencing right now. It is good to see more and more Latino representation in a country like the United States and more than anything in the entertainment industry,” they wrote.

‘Piolín’ finds the boy who was despised by Chicharito (VIDEO)

The Golden Globes are coming back to NBC – Billboard