Ricardo DarÃn and Peter Lanzani arrived at the Venice Film Festival: â€œHate is the only feeling that does not prescribeâ€ The actors star in Argentina, 1985, the film directed by Santiago Miter that deals with the trial of the military dictatorship that ruled between 1976 and 1983

happy, Ricardo Darin Y Peter Lanzani They shared the first photos of their arrival at the Venice Festival, where this Saturday they presented the film that they star together: Argentina, 1985. The actors walked the red carpet of the prestigious cinematographic meeting in the company of Santiago Miterdirector of the film that deals with the trial of the military dictatorship that ruled the country between 1986 and 1983, and the actress Alexandra Flechner. And then they spoke with the media at a press conference.

“The 1985 trial is a fundamental fact for Argentina. It inaugurates democracy and at the same time condemns violence as a possibility. We believed that cinema had to portray it and we are happy and proud to have been the first to do so and present it to the world in this way. Why hasn’t a movie like this been made before? I couldn’t tell. Perhaps time was needed to be able to tell this story”, said Miter to start the talk.

Regarding the importance of this film and its current implications, Darín pointed out: “It is looking forward, above all, towards the new generations. to the idea of regain dignity and not lower your arms from the example, not only from the speech. This is a film full of humanity and from it the relationship with the youngest is very committed”. 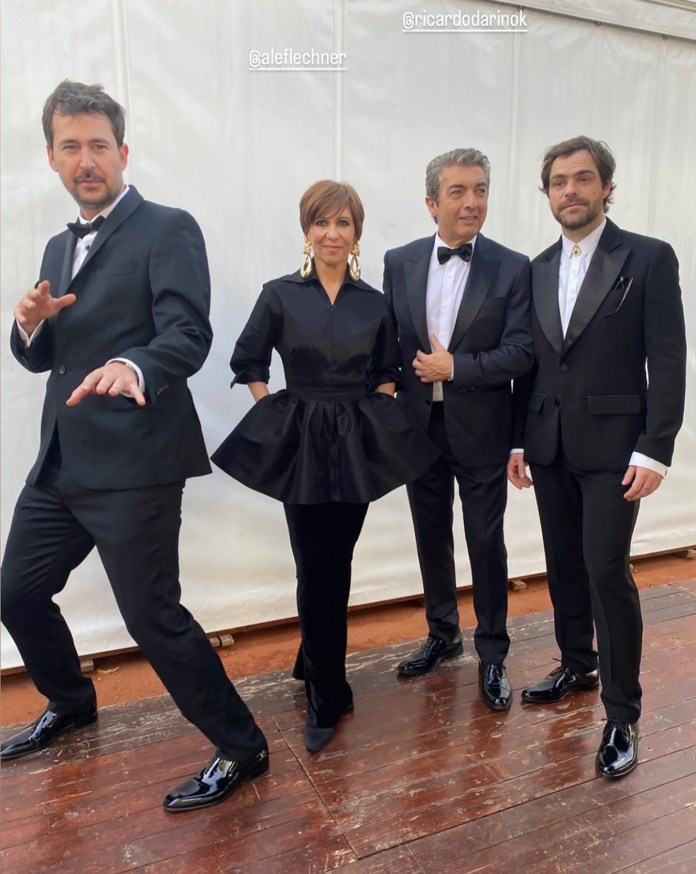 And he also talked about the prosecutor Julius Caesar Strassera the person he personifies and the more relaxed situations that they decided to incorporate to “deconsecrate” the story. “It was very difficult to put together the team that carried out the trial. At that time nobody wanted to get on that task that turned out to be titanic. The most lofty and prestigious people in Justice refused, perhaps because they did not believe that the trial was finally going to take place, “said Darín. Meanwhile, regarding the composition of his role, he pointed out: “We seek our own path, but taking advantage of some unmissable characteristics of his personality. The harsh and acid humor that he had and that he surely used as a catharsis for his task ended up defining the character we were building, not the real one. We realized that things worked better that way.”

Regarding his filming partner, with whom he had not shared a cast until now, Darín assured: “I knew him because he is a friend of my son (Darin Chinese) and because I saw some of his excellent work. In the hand to hand we strengthened a lot. I thank him very much for everything he did”. In the film, Lanzani charms the deputy prosecutor Luis Moreno Ocampo.

“I did not live the dictatorship. I was born later. But I empathized above all with the humanity of the story and the characters. That’s what struck me the most when I read the script. In the eyes of all of us, when we looked at each other while we acted, everything happened, having lived it or not. There we immediately realized what was right and what was wrong. In my case, I tried to find the tone for the character, the lexicon of a lawyer is always complex. He would dress me up in a suit at my house, introduce me and talk to my friends like that. And what can I say about Ricardo, for our generation he is an eminence”, he said to his turn Peter.

However, Darín explained that in his adolescence he lived through the dictatorship in a state of “certain nebula” and that society was skeptical about the actions of Justice. “Beyond the exact age of each one and how we stood in front of all that, the important thing is to remember that When state terrorism is installed in a society, the first thing they try to do is avoid communication, meeting, face to face. Don’t let the word spread. That leads to the truth taking a long time to come around. Do not forget that we were completely closed to information. The trial did not have a television like today. That’s why it’s only at the end that we all feel much more anxious and expectant.”

Finally, on how the rancor is handled in the face of what was happening, the actor pointed out: “Everyone does what they can. It is very important to review one’s own violence, the internal one. We have to see what happens to us inside. Sometimes without realizing it we can contribute to this generalized violence. If one has a humanist sensibility, our first duty is to put ourselves in the place of the other, even when we receive an attack. The snowball is very easy to generate and very difficult to stop. Let’s not forget that hate is probably the only feeling that does not prescribe”.