Roberto Blandonactress’s father Regina Blandon, spoke again of episode of violence that her daughter experienced when she was a child: being a victim of abuse by a domestic worker.

After the actor minimized the issue and expressed that “it was not that serious”, in a recent interview he mentioned the anger he felt when he found out what happened.

Regina Blandón’s father minimizes the actress’s abuse complaint: “it was not so serious”

“Obviously, as a father, what you want is the best for your children. I, for myself, killed him, but no, it was jail, ”she shared.

In this sense, the famous clarified that this act of violence was already in the past and that today the page was closed:

“At the end of the day, it was an unpleasant moment and, as I say, we already closed the page,” added Regina Blandon. 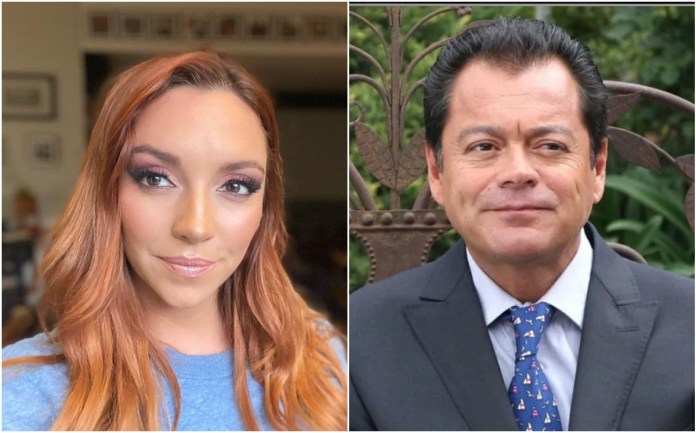 The abuse that Regina Blandón experienced as a child

It was in an interview for Isabel Lascurain’s YouTube channel, where Regina Blandón spoke about the abuse she was a victim of in her childhood. She highlighted that on several occasions people try to minimize the situation that women face when they are victims of some type of violence.

“I think that what systemic machismo has taught us has been to minimize what happens to us women. We are always the hysterical one, the crazy one, you are exaggerating… so when it comes to abuse when the uncle, the grandfather or the person who works in the house commits things like that then it is: ‘Don’t be exaggerated’ and suddenly childhoods They don’t realize it because we live minimizing violence,” he said.

In this sense, she recalled that she suffered abuse from the husband of the cook who had been working in her house for several years:

“He had been working at home for years and years. He was married to the cook of the house and he went into my room at night. There was no rape as such, but there was sexual abuse. Sometimes my brother was asleep in the bed next to him and he is not even aware of it or he was not aware of it until very recently, ”he stated.

She recalled that although she did not want to say anything about what was happening, out of fear, she only confessed it to one of her cousins, who alerted her family:

“He told my parents. My dad was about to kill the bastard and my mom told him: ‘No, because otherwise you’re going to go to jail. Wait, please, ”she assured.

Regina Blandón commented that for years she was in therapy; although she stressed that her case is just one of those that are lived daily in Mexico.

“I kept it for many years, until I saw that taking it out helps. Many friends have all happened to us and it’s brutal, it’s a reflection of Mexico, in all strata.”

Finally, he recommended that people who are experiencing the same thing talk about it, since they are wounds that take time to heal:

“Please, talk about it, because if not, it will continue to happen and those wounds take a long time to heal and no one deserves them,” he concluded.

This is what the protagonists of ‘Vacaciones de Terror’ look like, a classic of Mexican cinema