Half a year has passed since the unfortunate death of the beloved Argentine interpreter, Diego Verdaguer due to some health complications related to COVID-19. Shortly after his death, it was announced that his wife, Amanda Miguel, and his daughter, Ana Victoria, would be on the tour. I will always love you Tour 2022.

However, one of the facts that caused intrigue among the millions of fans of the interpreter of I will return, the thief, I will conquer youamong several others, was when it became known that omar chaparro would play Diego Verdaguer with a hologram, so the famous actor recounted what it was like to embody the iconic celebrity.

It was in an interview for the program First handwhere Omar Chaparro pointed out that it was the same Amanda Miguel who contacted him to ask him to characterize himself as the also famous Mexican producer in order to make a hologram of him and make it possible for him to “present himself” on stage.

“Amanda spoke to me, she told me that she wanted to ask me for a special favor, He told me about the concert tour and they wanted to bring Diego through a hologram”, highlighted the driver of Tu-Night with Omar Chaparro.

During the interview with the morning Image Televisionthe 47-year-old Mexican humorist also stated that Amanda Miguel was the one who made this request to him because of the great friendship he had with Diego Verdaguer, in addition to the fact that they have certain easy traits similar to each other, so, “without thinking twice” ‘, he accepted the proposal.

On what it was like to embody the spitting image of his “friend”, the actor from Don’t stain Frida indicated that this was done by a professional Mexican makeup artist, who had to move to Los Angeles to do the work, taking about three hours to leave it as close as possible to the Argentine singer. 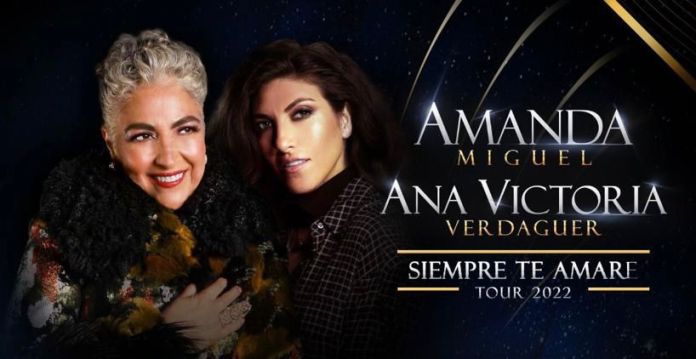 ”They characterized me, it took us, I don’t know, about three hours, three and a half hours, plus the different changing rooms. we made three songs”, underlined Omar Chaparro.

To conclude, he expressed his admiration for Amanda Miguel and Ana Victoria for finding a way to keep Diego Verdaguer’s legacy alive, while dealing with the pain of his tragic loss: “Both are joining forces with each other to transcend this pain and continue the legacy that Diego left.”, he finished.

It should be remembered that in a past edition of First handAna Victoria, daughter of Diego Verdaguer, gave some intimate details of the participation of Omar Chaparro giving life to his father during the tour I will always love you Tour 2022.

“Having an actor who looks as similar as possible because it’s the only way […] that there is a physical presence so that it can be manipulated, then the most important holograms have been made that way”, remarked the interpreter of I don’t cry to cry. 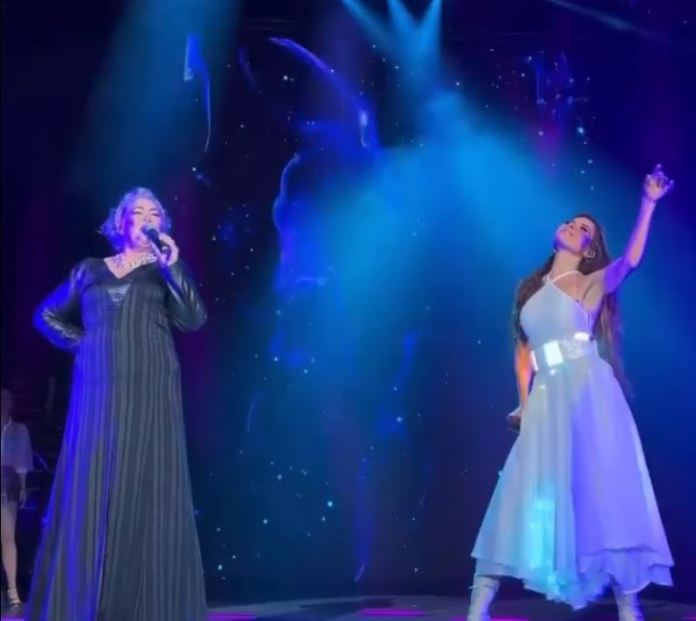 The singers began to cry when they talked about the duel for Diego Verdaguer (Photo: screenshot/Instagram)

On that occasion, the also Mexican-American businesswoman of Argentine descent did not miss the opportunity to thank all that Omar Chaparro did during the duel of the Verdaguer dynastyWell, I reiterate that he was always close to his parents.

“He accompanied us in this painful process because you can imagine what it was like to record that, to direct him, to help him make the movements within what could be a little similar, for Omar himself it was very strong. We did it more than for him to look like dad, so that people felt his energy and spirituality, “he stressed about the 47-year-old actor.