Timothée Chalamet revealed the advice that Oscar winner Leonardo DiCaprio gave him to have a successful career in Hollywood: “No hard drugs, no superhero movies,” the actor revealed (Reuters)

Timothee Chalamet is one of the most important actors in Hollywood since his acclaimed work “Call Me by Your Name” by Luca Guadagnino. Since then, she has starred in such independent films as “Lady Bird” and “Beautiful Boy,” as well as the box office hit “Dune.”

The protagonist of “Bones and All”, a cannibal love story that received an 8-minute standing ovation at the Venice Film Festival, became the Italian filmmaker’s favorite actor, who called him back for his new film, which does not feature in the cast with Armie Hammer, co-star of “Call Me by Your Name”, for the allegations of rape and sexual abuse against him.

Following in the footsteps of Hollywood greats before him, Chalamet revealed to the magazine fashion british the professional advice he gave her Leonardo Dicaprio: “No hard drugs or superhero movies.” A piece of advice that I would also quietly give him the great Martin Scorsese who got into trouble years ago for saying that Marvel or DC movies are not cinema.

In a column published in New York TimesScorsese said: “I was asked a question about Marvel movies. I answered. I said that I tried to see some of them and that they are not for me, that in my opinion they are closer to theme parks than to movies. And that in the end, I don’t think they are cinema”.

DiCaprio and Chalamet shared the screen in the 2021 Adam McKay comedy “Don’t Look Up”which premiered last December, and was nominated for an Oscar for best picture. 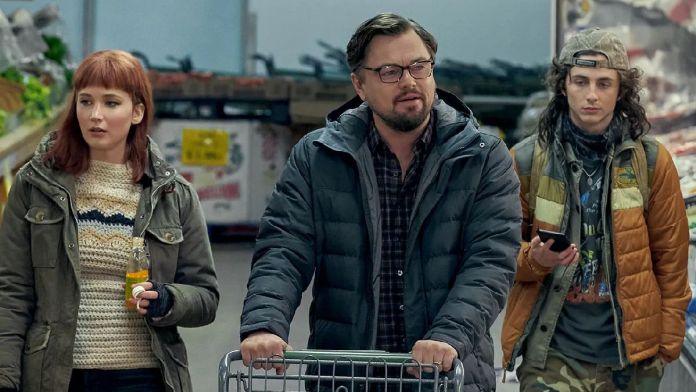 Jennifer Lawrence, Leonardo DiCaprio and Timothée Chalamet in a scene from “Don’t Look Up” (Netflix)

DiCaprio, who hasn’t appeared in a television series since “Growing Pains” in 1992, is famous for choosing his roles very selectively. His work in 1997’s “Titanic” launched him to global stardom. He won his first and only Hollywood Academy Award for his performance in “The Revenant” by Alejandro G. Iñárritu.

Chalamet’s career path has earned him a similar place as a highly respected actor who is adored by critics and audiences alike. In 2023, the actor will play a young Willy Wonka in Paul King’s “Wonka” as well as Denis Villeneuve’s “Dune: Part Two” opposite Zendaya, Florence Pugh and Austin Butler. 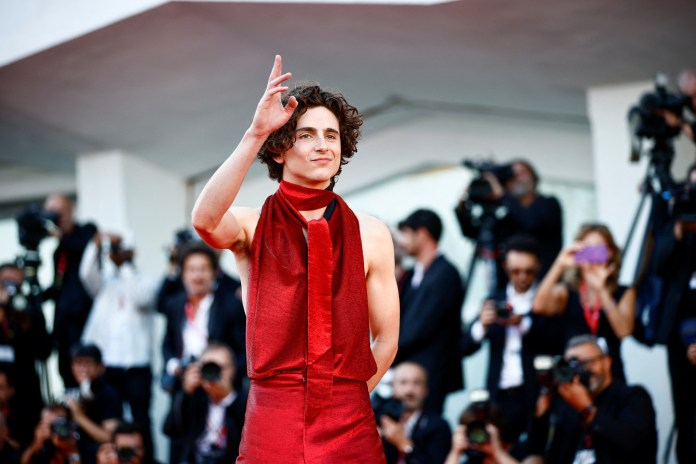 The 26-year-old actor has also become a Fashion Icon, dazzling on every red carpet and becoming an example that men can go one step beyond the classic black suit. He has used his way of dressing in recent years as a means of expression: betting on bold colors and extravagant designs.

It is one of the most anticipated on the red carpet of the Oscars, because it always brings something new Y different. Chalamet is part of a generation that knows the rules and decides to break them, that is committed to enjoying fashion and playing with it.

Her last public appearance on the red carpet at the Venice Film Festival, which she was attending to present “Bones and All,” directed by Luca Guadagnino, made headlines for wearing a halter top. With his risky look, which stole all the looks of those present and the press, he again broke the obsolete rules of how a man should dress in the big movie events.

His father is of French origin, this makes Timothee Chalamet constantly have to deal with the question of how his name is pronounced. He always answers with his best smile.

Breaking free from the rules also leads to enjoy a new masculinity. He is one of the benchmarks at a time when the new leading men are vulnerable and sensitive. He talked about this with Harry Styles, another of the prominent names in this trend. “It’s almost a privilege to be able to feel vulnerable,” Timothée confessed a long time ago. “Being vulnerable is not a weakness, nor a social barrier. It doesn’t mean you’re crazy or unstable, you’re just a human being.”

The most luxurious gifts of Luis R. Conriquez for his spouse