This is how these rats played on the floor of the establishment Photo: TikTok screenshot/@anpazzz88

Ratouille is the name of a dish that, in turn, is the title of a popular movie Disney/Pixarwhere a rat called Remy pulls chef Linguini’s hair, but this fictional animation does not seem to be far from reality, as TikTok users began to talk about it “Mexican ratouille”.

Although restaurants and other establishments have a responsibility to control rodent infestation, this is not always the case. An example of this is the TikTok recording where a visitor to a plaza in Mexico City exposed two large rats pacing under the dining tables.

In the video it can be seen that the food business had already closed or perhaps was about to open, since there were no people inside the building, however, the pair of rats moved with total fluidity in the place, giving the impression that it is their common path. This establishment is apparently located in the Forum Buenavista shopping center.

“Rabid rat plague in Forum Buenavista,” wrote the TikTok user @anpazzz88. The same person ironized about the situation with the following phrase: “Rattatuil was recorded in CDMX, haha, be careful where they eat alv…”.

♬ whoever uses this audio is normal – Ntsl

To add a touch of humor to the situation, the user used the viral audio that says “We painted the whole house and without dropping a single drop of paint other than… What is that?! which It came up in an episode of SpongeBob SquarePants.

The idea of ​​this trend is that people find objects, actions or people that are foreign to their surroundings, that seem incongruous or that just don’t make sense and are very strange. Before the rats circulating freely in the restaurant that seems to be fried chicken, the comments of other users were immediate.

“Imagine you are in Paris…”, “are the little chefs from the restaurant” and “it is the little chef who is supervising” in relation to the country where the success of Disney and Pixar was set; however, there were also other visitors to the Plaza Forum Buenavista who reported the presence of other harmful fauna in establishments. 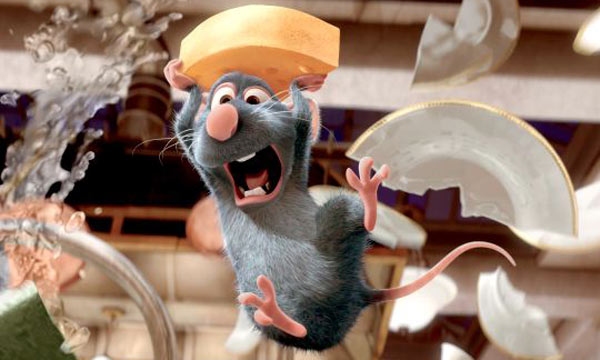 “In the Italinis restaurant we went to eat for my birthday and cockroaches came outthe manager wanted the police to take us” and “well, because of the suburban and hygiene, they had cockroaches in the comicx and we never came back” were just some of the messages.

On the other hand, there were those who defended the restaurant and explained that this pair of rats or “little chefs” should not be an alarm signal, since “In all businesses there are pestsonly someone is not always there recording, ”according to another user.

Rat infestations are common in shopping centers, popular markets and even canteens or restaurants, but it is the responsibility of each business to control the fauna that could be harmful to humans, especially when it comes to food, that is why by not doing it , it would be incurring a fault to the Health protection guidelines for restaurants, bars and hotels in Mexico City.

So far, neither the square nor the tenants of the place where the rats were sighted have made any comment on the matter, but the video was widely disseminated on various social networks in addition to TikTok.