The Academy: 20 years is shaping up to the semifinal and, although the remaining participants continue to strive week after week to please the public and the judges, not everything has been easy for them, since they have had to face harsh comments night after night.

It was so, recently, Menny Carrasco -former contestant of the seventh generation of the reality show and now master of the program- did not hesitate to lash out at the panel of critics made up of Arturo López Gavito, Lolita Cortés, Ana Bárbara and Horacio Villalobos.

It all happened during a talk that the teacher was having in the house of The academy. There he chose give some recommendations to young people and delved into that they should not be scared or appear insecure on stage, because the judges did not have all the certainties.

“They have four concerts, opportunities, to break with this stigma of: ‘We are going to sing to the archbishops of the world to those who have the absolute truth’Menny began to say.

Likewise, he delved into the fact that the attitude of the critics’ panel sometimes left much to be desired.

“Some feel that they have the absolute reality, everything they said: ‘a catastrophe’ here come the four horsemen of the Apocalypse”sentenced.

It should be remembered that, for several weeks, the tension between the teachers of The academy, the judges and even the director, Alexander Acha have not stopped. Well critics constantly point out the flaws that students show on stage and question the ability of teachers to correctly teach the participants of this generation.

In this sense, one of the most recent conflicts happened between the son of Emmanuel and Lolita Cortés, who for the second time faced a series of bickering.

And it is that, the iron judge publicly lambasted the teachers of The academy after noticing some flaws in the students’ presentations. On that occasion, the renowned musical protagonist exploded against Andrés because he had breathing problems during her number.

“You skipped a chorus part to get some air and finish. If your teachers did that on purpose… I want to tell you that it seems that they did it so that you could take a breath and that is terrible”, stated Lola. 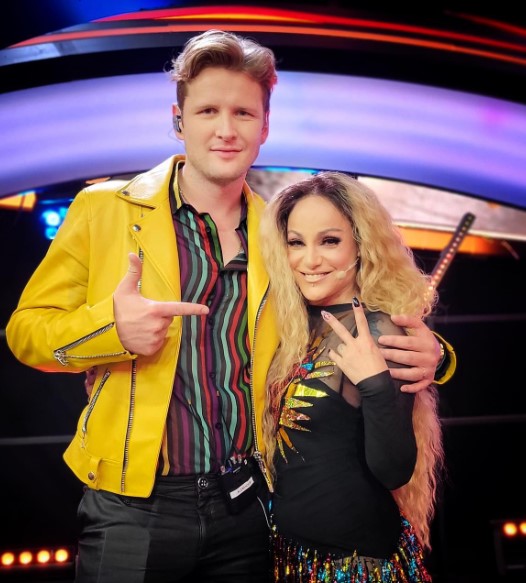 Thus, after Andrés accepted responsibility for the situation and commented that the vocal arrangement was his decision, since he needed a little respite, the controversial judge had no mercy and that disconcerted Alexander Acha.

Noticeably upset with the situation, the interpreter of hits like Love you either How are you? defended the academic because he considered that his decision was appropriate: “The decision Andrés made to take a break in the middle of a song to be able to hold the song is a completely correct decision”.

The live fight began to escalate and the musical theater actress took the opportunity to tell Andrés that during his presentation he was also about to collide with a dancer, so he recommended that he pay attention to what was happening on stage.

To this, Alexander said that this was not the job of the singers, because they should only be focused on their interpretation. For what Lolita sentenced:

“The director doesn’t know if they rehearsed it? what a shame that your director is not aware of the rehearsals and has to ask your student how many times they rehearsed”.

Development of the OnePlus foldable smartphone officially teased by the company: All the details