Los Shinigamis del Norte, the band from Monterrey that created the “nortaku” genre

They are considered the pioneer group in making covers of anime music and converting them to the norteño genre (Photo: Twitter/@ShinigamisDNT)

The group of The Shinigami of the North started recreating covers of openings from anime, however they were mostly heavy rock or electronic beats.

His popularity was recently increased during an event called otaku marketsince it became a trend in Twitter a video of the event in which they played, same to which the official account of starwars.

Confirmed, this truly is the best thing.

In addition to doing covers of openings in norteño genrethey are entering to convert Kpop songs, however they have only adapted a song from the BTS group, since it has been well accepted by the followers they will perform more covers in the remainder of the year.

One of the bases of their success is that they do everything respecting the diverse opinions of the public and the original work, always looking for the amusement of the spectators.and that the people who listen to them remember part of their childhood, making them want to dance and stealing a smile from them.

That was the reason that inspired Eduardo, leader of the group, better known as Lalothing, to form a professional musical group of norteño mixed with anime, calling the genre like “nortaku”, northern anime.

The group is currently active, they perform at anime-themed conventions or events and perform covers of openings adapted to the norteño genre, calling it nortaku. Writing: (Mexico, America, entertainment)

How the group was formed was through a series of coincidences, starting with the leader Eduardo lothing and current drummerDiego García, since they had known each other since high school, from then on the invitations to join were made between friends.

Eduardo invited his childhood friendwho in turn prepared an audition for his colleague from the university, becoming the third member, who finally exhorted a colleague with whom he had already shared the stage on occasion to be part of the family that one can choose.

Everything was between friendsa key point that allows them to flow so well in front of the public, and thus build what they call second family.

Each member has a professional career and In addition to dedicating himself to the group nortaku They have their own jobs. almost all are graduates of the Autonomous Faculty of Nuevo León and They’ve been playing for a year and a half.

Diego has a degree in systemsBesides being a drummer Alejandro works as a public accountant and is dedicated to starting a family business related to the day of the virgin with the creation of religious articles and regional sweets.

Erik is a graduate of the Universidad del Norte, Monterrey, in engineering and is fully dedicated to his profession, Eduardo studied communication sciencesHowever, he works in an important t-shirt company with otaku, geek and comic themes. 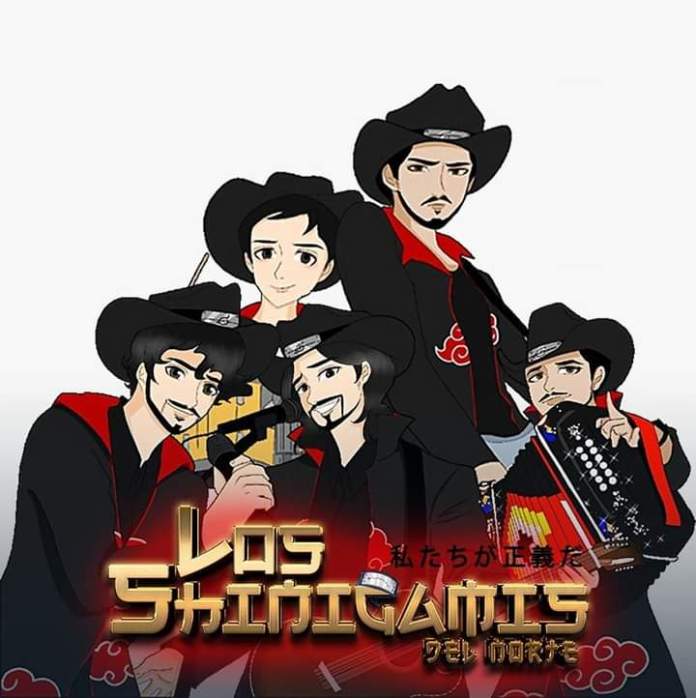 In addition to dedicating themselves to the musical world, they work in jobs related to their professional careers (Photo: Twitter/@ShinigamisDNT)

Their double profession has not brought them problems, exclusively with Infobae Mexico They commented that it is common for them to be recognized in their workplaces by the group they have.

“We feel like Hannah Montana when she puts on the wig, but in our case it is a hat that ‘hides’ our true identity,” they mentioned with a laugh.

They plan to visit CDMX, Toluca and places surrounding the capital of the country in different events that will be revealed on their social networks as the venues and dates are confirmed.

They had an approach to the world of music from an early age, despite the fact that none of them studied as such a career focused on playing instruments, they learned through family or friends who touched their hearts.

For the adaptation of the songs, they discuss whether it is feasible to adapt the sound and words to the norteño, cumbia or grupero genre in a fun and entertaining way.

During the Otaku Market event in July, which was held in Monterrey. A video of the group Los Shinigamis del Norte went so viral on Twitter that it came to the attention of the official Star Wars account, causing its popularity to increase rapidly.

The news that shocked them and encouraged them to continue working hard was when the Twitter of the famous saga Star Wars reacted to the video of his presentation in Monterrey:

“I opened social networks at night and saw the boom that had been achieved, seeing that it was shared by the official page of starwars I thought that we are doing something very well to be able to get there”, Erik shared his anecdote.

The emotion that has caused them to reach the point where they are today, and the sacrifices they have made has been totally worth it, because they have reached through public social networks from other countries What: USA, Brazil and Russia.

The members share the feeling of happiness caused by performing in front of an audience and the idea that beyond being a geek norteño group, They are a family that could choose and that complement each other.