The famous is part of the cast of “The Samurai Dog” in its version dubbed into Spanish (Photo: File)

Juanpa Zurita is in full promotion of the film The Samurai Dog: The Legend of Kakamuchowhere for the first time the youtuber ventures into the world of dubbing by giving voice to the character of “Hank”. But it is not the first time that the content creator has shown his interest in participating in this type of project, since he tried it a few years ago without much success.

The podcaster of the program don’t do the easy thing remembered that was rejected on a previous occasion that he wanted to try his luck in the dubbing, and this was due to his diction problems. This is how he remembered influencer in a meeting with reporters outside Televisa.

“It is the first time that I dub a film, really. I was a stutterer when I was little and my first audition to do dubbing was in 2017 and I remember that it was terrible for me”, Zurita began to tell.

“I got hit, it was a very bad audition, it was for another movie, whye had diction problems, diction is obviously how you pronounce the letters, how you vocalize and sometimes the words run over me, even today, I consider myself a person who trips, but I like it, it’s part of my personality, “he added.

But it was with specific exercises thanks to which the youtuber He was able to improve his way of pronouncing words and over time his improvement was great, to say of himself:

“Fortunately, from then to today I have done various contents, various exercises, you put the pencil in your mouth, you hum, you make certain sounds. And specifically make the mini docus, on YouTube, where I narrate, They helped me a lot to gain confidence and also the fear of the microphone went awaybecause I was used to being in front of a camera, but sometimes the simple fact that it is not your physique, it is just your voice, how can you ensure that you can convey a personality”. 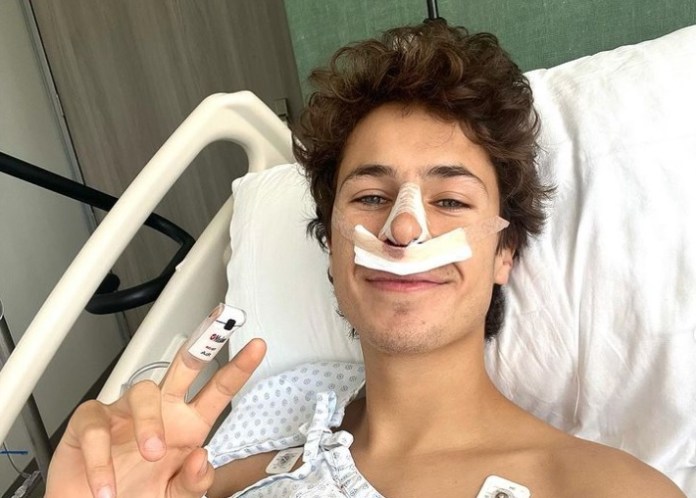 Juanpa Zurita underwent surgery in April of this year, due to sinus problems (Photo: Instagram)

After several years, it is until today that Juanpa was able to get his chance to bring an animated character to life with his voice, and he demonstrated in the booth that he was able to improve his diction in front of the same person who rejected him at the time.

“I got this opportunity from paramountI went to the studio and oh, surprise, the director was the same one who sent me flying about six years agohis name is Héctor Gómez Gil, and I said ‘look, it’s not going to be as bad as before, you’re not going to come out like the last time, give it a try’.

“I went in, they put on a scene for me, I dubbed it and about a month later I got an email from ‘you stayed with the movie’ and from there to the dubbing it was quite an exercise with the director to find the voice of ‘Hank’, because even though they were looking for a voice like mine, ‘Hank’ has to have its own essence”, expressed the youtuber who has also dabbled in business. 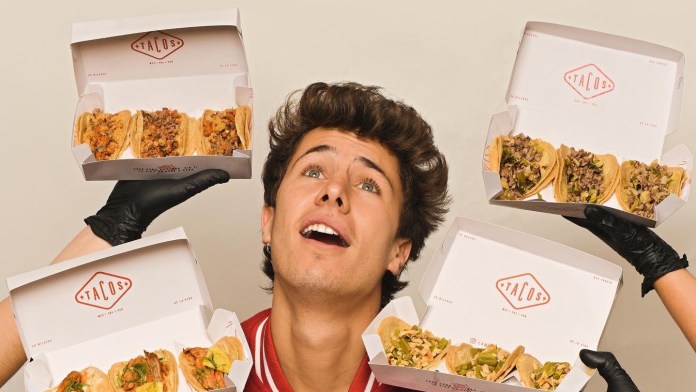 The influencer ventured into the business of selling tacos at home (Photo: Twitter/@juanpazurita)

And it is that the 26-year-old recalled that he received ridicule from his schoolmates, because in those years the stuttering he suffered was evident:

“Stuttering, this is not advice for anyone but it worked for me, it was practice, for a long time I did the typical exercises of the pencil in the mouth, make you read tongue twistersyou do exercises with the tongue, really what unlocked me was the practice of reading, vocalizing, narrating things all the time so that I felt comfortable and that through setbacks I could master it, “he said.

Finally, Zurita sent a message to those who made fun of him in his adolescence: “They bullied me endlessly. They called me ‘Porky’ in high schoolGreetings to my high school classmates, I made it, Porky made it,” he said with a laugh.