Joonas Ahonen, the Finnish pianist who goes from classical to contemporary and goes through Spider-Man

“It was the most incredible experience I had on stage when I played at the Teatro Colón. I am very happy to return,” he says. Finnish pianist Joonas Ahonen in dialogue with Clarion via zoom, from New Mexico.

On that occasion, Ahonen appeared with the Viennese chamber orchestra Klangforum and played the Concerto for piano and orchestra of Ligeti in a memorable version. After ten years, he returns to give a concert, accompanied by Diana Gasparini on viola and Patricia Da Dalt on flute. 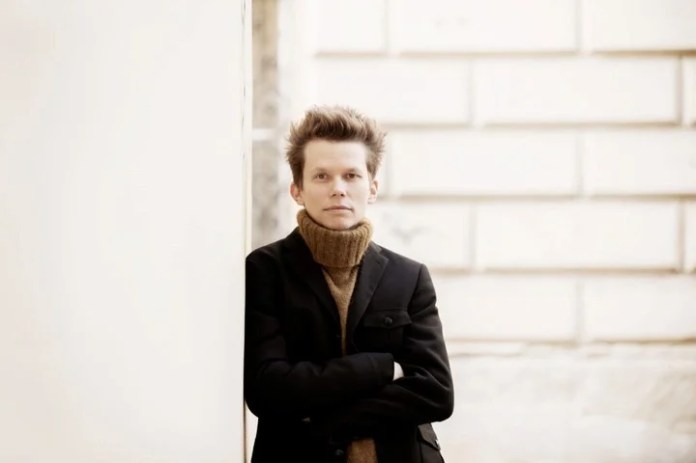 Joonas Ahonen, from Finland to Columbus.

The program includes the monumental Concord Sonata of Ives, the Suite Op.25 of Schoenberg and peter parker by the Austrian composer Bernhard Gander, who took the civil alter ego of Spider-Man as a source of inspiration, something completely unusual for a contemporary piano piece.

The musical interests of the Finnish pianist are not exhausted in the music of the 20th and 21st centurieshis repertoire ranges from music for the fortepiano of the 18th century to the music of our time.

He is a member of the Klangforum Wien, one of the leading ensembles of contemporary music today, and a founding member of the Rödberg Trio, which specializes in classical and romantic repertoire played on period instruments.

“I play different types of music” 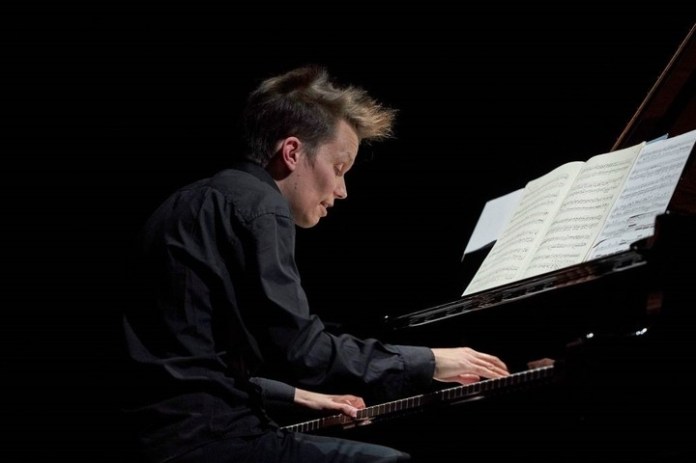 Joonas Ahonen approaches music regardless of the time,

-What attracted you and what is the connection with contemporary repertoire in general?

-I grew up in a place where there was a contemporary music festival and when I was a kid, I was nine or ten years old, I started going to it. It was weird because I came back a year later and that whole world had already stopped being strange to me.

Did you play the piano at that age?

No. I just went, sat around and listened. The third time I went, I was eleven years old, I really entered that world and I liked it. It was a point of no return. Thereafter, Mozart was very boring to me. When I was fourteen I had to work very hard to get into classical and romantic piano music, to find what was interesting and to have it tell me something that made sense to me.

Most people who love the classics and romantic they have to struggle to learn and enjoy contemporary music. And some never learn it, or learn to enjoy it but can’t play it on stage.

I play different types of music and I love having the opportunity to not only play contemporary music or classical, romantic, or whatever. That shaped me as a musician, because I don’t really see any difference if I go on stage with a Mozart sonata or the Concord Sonata. Obviously they are very different musically, but there are many similarities in how I approach them. 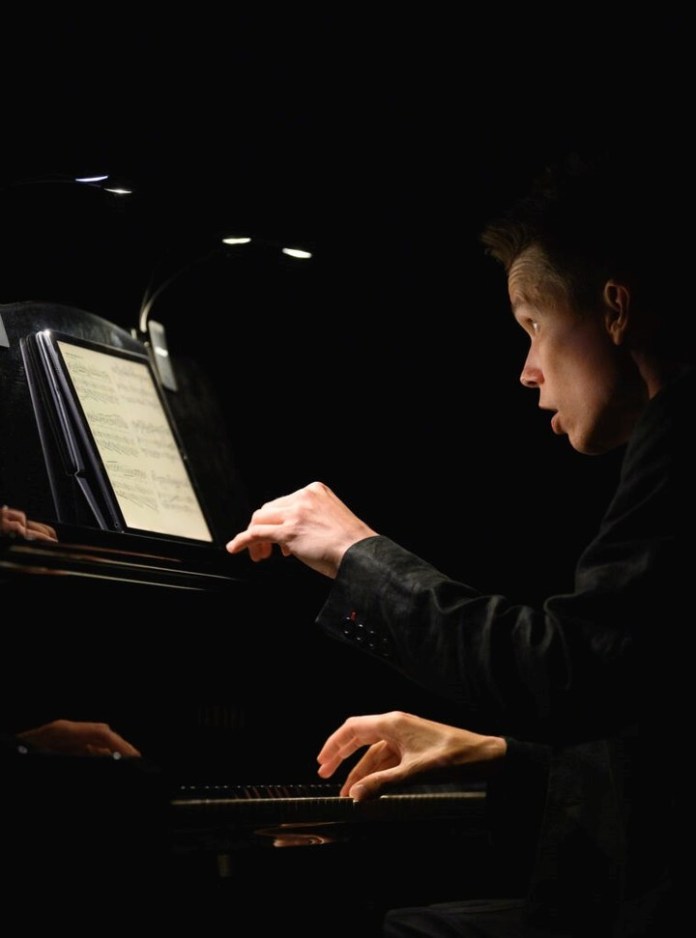 Jonas Ahonen. At first, Mozart was boring to him.

-How did you put together the program you are going to present?

-Schöenberg and Ives are a very interesting duo, not only because they were born in the same year. It goes beyond that: they were really contemporary, although they were very different composers. Then the Austrian composer Bernhard Gander connects with Schönberg and also with Ives: he too lived in Vienna, like Schönberg before he was exiled by Nazism.

On the other hand, I found in Gander someone who was in contact with popular music, in particular the black metal genre. And his work is called peter parkerwhich is the real name of spider-man. Gander likes these comic characters and this is the link with American popular culture. So it’s the way he connects with the other two songwriters.

-Could you give some clues on what the public should focus on in each work?

-I try to do my best to play in a way that people can understand the music I play. It can happen with Mozart that he is played in a way that no one understands. I try to be very clear with the form and characteristics of the music.

With Martín Bauer we talked about Schönberg, whether to play a classic of modernism or not. Because he has a reputation as a difficult composer, but I think he is not like that anymore, he is not a composer that we have to fear today.

The Suite Op. 25 has a very clear form, he put his language within a framework of classical dances –Prelude, Gavota, Musetta, Intermezzo, Menuet, Gigue– and, at one point, it’s just like playing any other music. It is a very clear music in many aspects.

One of the students in the course I’m giving now in Santa Fe, New Mexico, is working on the piano pieces Op 11 of Schoenberg. It is not a twelve-tone work like the Op 25, but the language of the composer is also there. So, it doesn’t go through the technique or method of composition that he uses, and that’s very interesting. 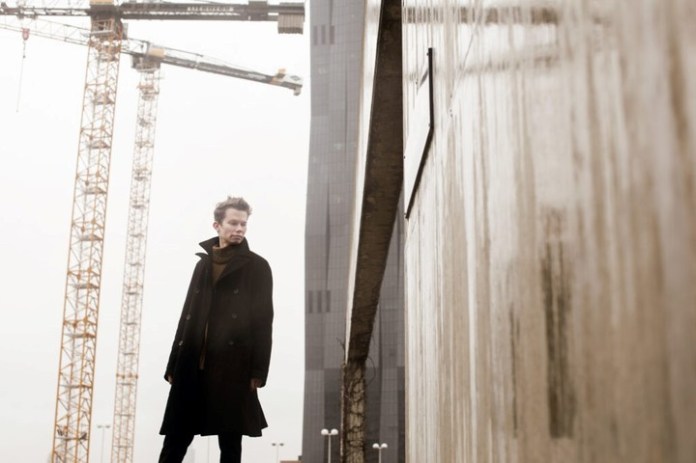 -He participated in a very interesting experience related to the new repertoires, a concert where he played the same work twice, but in the intermission the composer’s participation was included and some parts of the piece were discussed. Do you think that these experiences could help connect the public with the new works?

-Yes, totally. This kind of thing was very popular in the Schönberg circle. Even they had open rehearsals in Vienna for ten days. People went and by the tenth day they were already familiar with the works and no one considered them strange.

I think it’s absolutely true that you need to listen to something a few times to really get into the work, or start to feel something familiar. Of course, there should be a lot of interaction between the composers, and also those who talk about music in an interesting way, although this is not always the case.

Some are horrified by that proposal, but I think it should happen more often, particularly with new works because in a single audition out there you can’t quite get it.

– How is the writing for piano of the works of the 20th and 21st century that you usually premiere?

-A long time ago we lost the tradition of composers who used to be great pianists. Schubert, in a way, was a composer who wrote music at the level of the performer. Berg or Ligeti couldn’t play the piano, but they were smart enough to understand what the limits were. And Ives has been considered super difficult to play, but he was a pianist.

I think the Sonata Concord It is not an easy piece, but despite everything it is not impossible to perform because he knew how to play the instrument well. Nowadays it is rare to find a composer who is at the same time very interesting musically and also a good pianist.. The piano is a very tricky instrument. I hope that many more good composers will appear.

Prior to the concert, the pianist Margarita Fernández, who premiered in Argentina the Concord Sonata in 1968, he will dialogue with Pablo Gianera, at 6 pm, in the Salón Dorado.