“Portrait of Joaquín Sabina without a bowler hatmade a few centimeters from his skin, with nocturnality and treachery”, defines the synopsis of Feeling it a lotbiopic shot by the filmmaker Fernando Leon de Aranoaat the same time a friend of the Spanish troubadour.

It is a story that resembles the characteristic voice of the author of hits such as “19 days and 500 nights”, “With you” or “And they gave us ten”, among many others: rough, direct and unequalized, which gives unmitigated details about the intimacy of the artist, his backstage, his B-sides.

The action begins once Sabina gets off the stage and the camera begins to accompany her and shed light on her daily, civil life. The film was worked on for thirteen years and shows the public Sabina and also the private one; from the best known to the hidden, reflecting different moments of his life and his work on stage and in recording studios.

The film opens this weekend at the 70th edition of the San Sebastian Film Festival and will have a special screening for the public at the San Sebastián Velodrome, after a press conference in which Sabina and León de Aranoa are expected to attend. 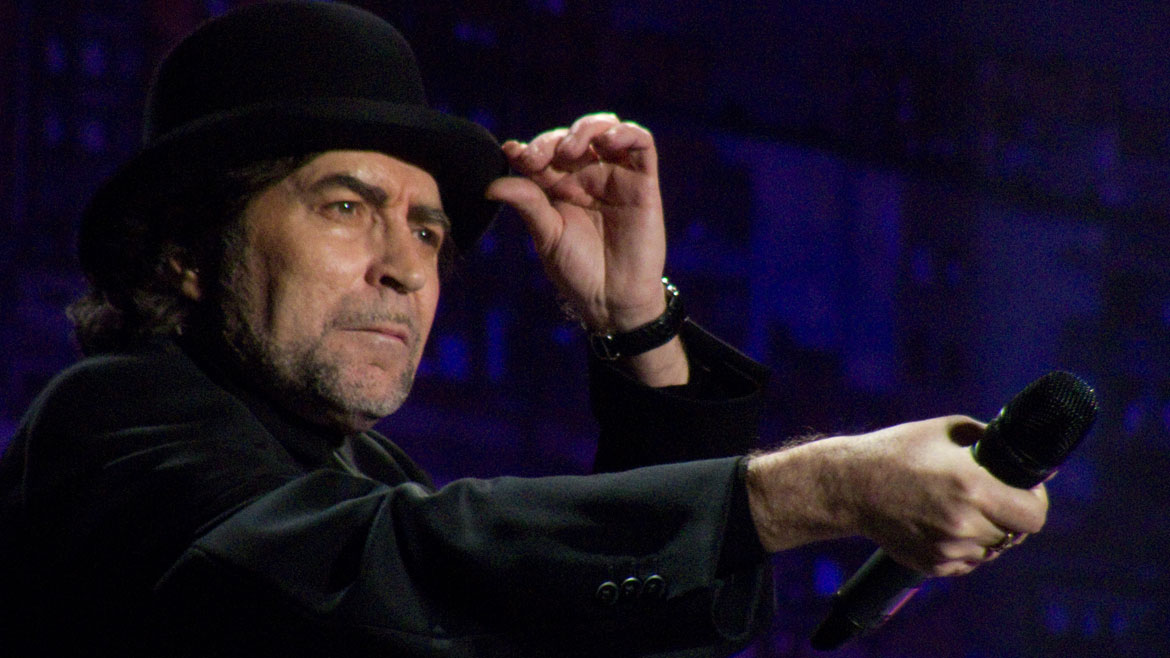 Feeling it a lot is how the biopic of Joaquín Sabina is titled, which was directed by the filmmaker Fernando León de Aranoa

In the film, Sabina meets with friends in her apartment in the Madrid neighborhood of Tirso de Molina, scenes from a tour of Mexico, a car trip with the writer Benjamin Prado and also a tribute that they made to him in his native Úbeda. The structure is supported by a long interview conducted by the film’s director himself.

Everything starts after the end of the show that Sabina gave on February 12, 2020 with Joan Manuel Serrat, shortly before suffering the fall that led him to undergo emergency surgery and left him off the stage ever since: after that, he only appeared together with Leiva -at the last Goya awards gala- and also made a surprise appearance at a concert by The Sabine Band.

In this documentary, Joaquín openly talks about the stage fright he suffers from despite having a career spanning more than 50 years and continuing to be a key figure in Spanish popular music. Among so many details that can be seen in Feeling it very much, it is seen how his wife, Jimena Colorado accompanies him in the dressing rooms and does not let go until he sets foot on stage. 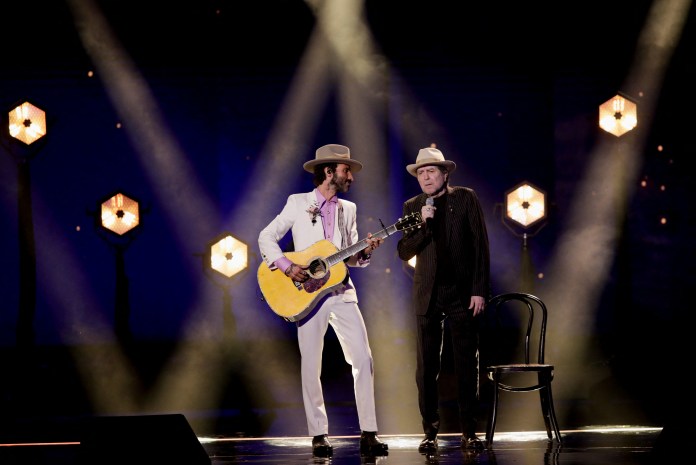 Joaquin Sabina and Leiva during the Goya Awards

He also confirms that many of his hits are autobiographical.: for example, he says that “19 days and 500 nights” was composed after three days without sleeping and with a lot of cocaine on him; or that the robbery that he recounts in “Gentlemen’s Agreement” really happened, although he has details “exaggerated”.

He also assures that love is “shit” to compose and that what inspires him the most is lack of love. In addition, he is seen enjoying a bullfight in Mexico and leaves definitions about his great companion Serrat: “He’s a very organized guy, with a charming side and a stiff side.”, assures Joaquin. In addition to everything that is seen in the film, the grand prize for his fans is a new song that he composed especially for the film -together with Leiva- which is titled, of course, “Sentilo mucho”.