“I asked the universe with my strength”: Mariana Rodríguez and Samuel García shared their baby’s heartbeat

In recent months, the couple has been involved in the scandal for their coexistence with children in adoption. (Instagram capture: @marianardzcantu)

After confirming that they are in the sweet expectation of their firstbornSamuel García and Mariana Rodríguez surprised their followers with a series of images that they captured since they confirmed their pregnancy -especially the first pictures of your baby from the womb and the beating of your heart– until when they shared their joy with their closest relatives.

In the last few hours, the governor of Nuevo León and his wife positioned themselves among the main trends in social networks for a matter unrelated to political issues, the upcoming arrival of their first child.

“¡Baby on the way! We are happy to share that soon we will be 3. We have waited so long for this moment and we cannot believe that a baby is already with us. In these two and a half years we have learned that God’s times are perfectNot one day less, not one day more. [email protected] we look forward to having you in our arms. We love you mom and dad”, they wrote in their publication of Instagram. 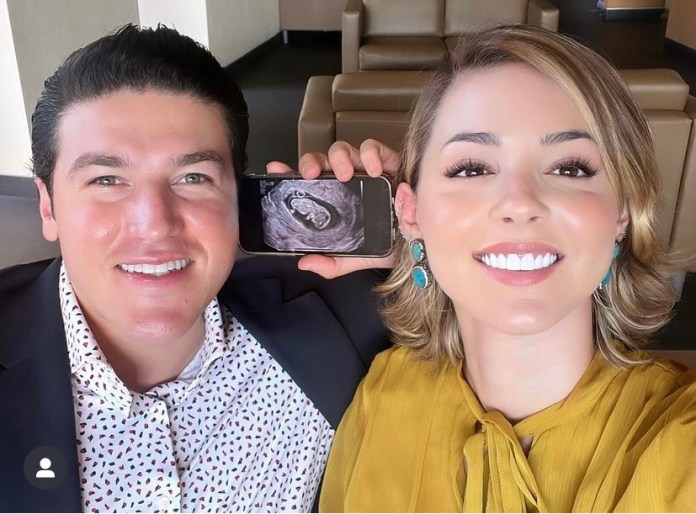 This was the image with which they announced their sweet wait. (Photo: Instagram / @marianardzcantu)

As expected, his news echoed on the internet unleashing memes that ranged from his controversial coexistence with children who are under the care of the DIF (Integral Family Development) to the supposed enmity that Mariana Rodríguez Cantú would have with Andy Benavides. And it is that according to a user of Twitterthe dispute between both influencers began when, in a live broadcast by Samuel García, the then senator from Nuevo León was heard saying that his golf bag was better than “Andy’s”.

After sharing her emotion with her Instagram followers, Mariana Rodríguez published a collage-like video where she recounted the most important moments she has lived since she found out about her pregnancy until she heard the first heartbeat of her baby, who she still knows about. unknown gender.

The audiovisual fragment begins with the Monterrey native showing the pregnancy tests that she took during her first weeks of pregnancy. She later showed pictures that she retrieved from her first ultrasound, where she confirmed that she is expecting a baby. On that same occasion, she was able to hear the heartbeat of her son or her daughter, which moved her, because according to her statements, her pregnancy is highly desired.

“I asked you with force to the universe”, Mariana Rodríguez wrote in her post. “I love you perfect little thing … the sound that gives me life, I love you baby,” she added about her video. 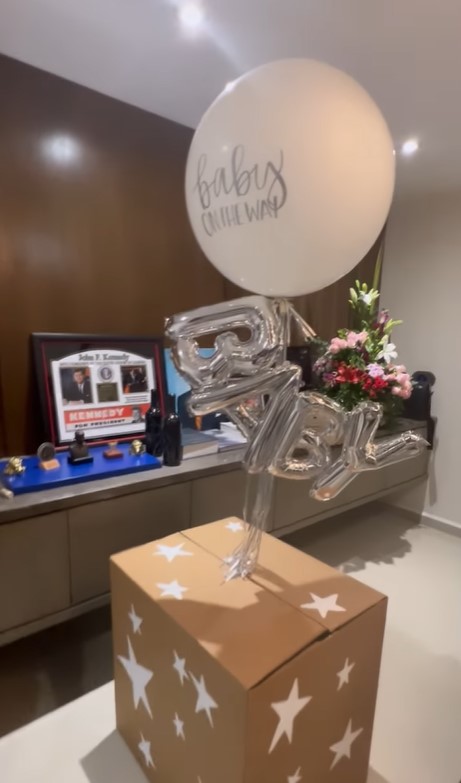 The wife of the governor of Nuevo León added a video that she took, with the help of a relative, when she shared her congratulations. In the images you can see the influencer from Monterrey in front of a large surprise box that contained a huge white balloon with the word Baby. The congratulations were immediate and during the past Grandfather’s day both expressed their joy with their wiser loved ones.

“Thank you for choosing us as your parents”, ended his audiovisual collage that he accompanied with I was waiting for you by Carlos Rivera. 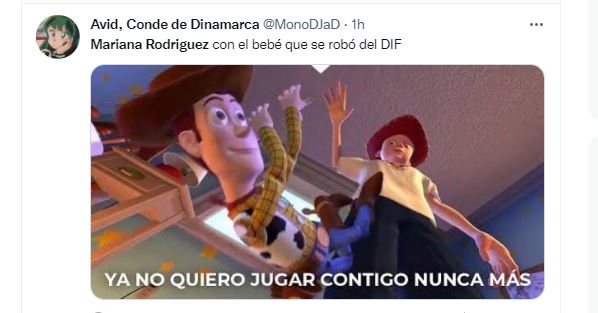 With memes, social network users reacted to the announcement of the pregnancy of Mariana Rodríguez, first lady of Nuevo León (Photos: Twitter screenshot)

His Instagram post was filled with congratulations and messages of love for the couple for this good news.

“Oh nooo! What a thrill! Crying andolll! A thousand congratulations to both daddies”. “I am so happy for you! What a beautiful video”. “Oh I can’t stand it!!! I’m screaming for strangers, because I know that beautiful feeling, blessings forever. “Congratulations and blessings. Don’t forget Emilio. “Don’t go up and down, take things easy, rest and eat well, get vitamin”, were some reactions.

The tale of the music ‘Normal man’, by Espinoza Paz