Gaby Ramírez accuses “Platanito” of sexually harassing her; she had to apologize: “they forced me to bring her flowers”

Gaby Ramirezfamous television host, accused the comedian Sergio Verduzco, Platanito, for allegedly sexually harassing and touching her while recording a TV show a few years ago; what’s more, She mentioned that despite being the affected one, she had to apologize. We tell you what the presenter said.

It was on the show Gossip No Like where Gaby Ramírez decided to break the silence about the time she He was allegedly the victim of Sergio Verduzco, Platanito, in an Estrella TV program.

Platanito reacts to threats from Karla Panini; he remembers how he ordered Karla Luna to be beaten

According to her testimony, Sergio Verduzco allegedly grabbed her body without her consent:

“He grabbed my chest, he knows, he grabbed me without my permission and without my consideration,” said Gaby Ramírez, television host

Gaby Ramírez mentioned that on that occasion, “Platanito” was very successful, so it was difficult to face what happened:

“It turns out that one day they invited me to the ‘Show de Platanito’… we were doing the normal contest when suddenly he says, ‘well, thank you very much, it’s over, thank you very much Karina for having been there and she grabs a little banana and does that to me – she shows how she touched her without their consent –”, indicated Gaby Ramírez. 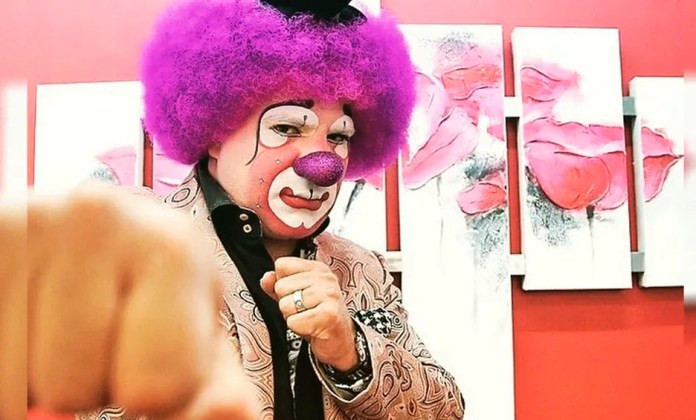 The driver mentioned that at that moment she was shocked. However, she went to a local authority to tell him what had happened:

“I was like an idiot, -wondering if it was- part of the skit, ‘what did he say, slap him? I was cold, so I grabbed and went to the control room, in the past the owner, Mr. Liberman, was there, and I told him, ‘Listen, did you give the order for Platanito to grab my bust?’ “, he recalled Gaby Ramirez.

They forced Gaby Ramírez to apologize to Platanito

However, far from receiving support, Gaby Ramírez was expelled from the program, as she “I had messed with the great star of the channel”. In addition, they forced her to apologize:

“They even took me out of the studio with my son on orders from Platanito. What’s more, they forced me to bring a flower arrangement to Platanito and I left it for him at the hotel where he was staying. That because it occurred to me to claim him … ”, he concluded.

So far, Platanito has not spoken on the subject of this episode in which he is involved in a topic of gender violence.

‘Son of a Sinner’ from Jelly Roll Lyrics – Billboard