From ‘Narcosantos’ to ‘The Sisters’: these are the 10 most popular K-dramas of the week on Netflix

K-dramas have more and more presence within the platform. (Infobae)

Korean dramas, also known as k-dramas, are series from South Korea that, despite existing since the 1960s, have become popular internationally at the beginning of the new millennium to the present day with hits such as Squid Game on Netflix.

With formats different from those of western television series and soap operas, K-dramas usually last few chapters, around 16 episodes on average and without sequels, although in the last year, after the success of several titles, Netflix has announced the production of second seasons, as is the case with Woo, an extraordinary lawyer; Squid Game, Dead Statesand more.

Korean dramas include endless themes and in the same title, for example a school genre K-drama, you can find action, romance, psychology, comedy, mystery, fantasy, suspense, terror, among others.

Given the recent popularity, streaming platforms have opted to produce them, as is the case with Netflix, which has even released its own ranking of the most watched series in South Korea.

Here are the top 10 most popular K-dramas for the week of September 5-11:

A businessman joins the government’s secret mission to capture a Korean drug lord operating in South America. Based on real events.

Three close-knit sisters who grew up alone and in poverty find themselves entangled in a conspiracy involving the rich and powerful.

12 weeks in the ranking

6 weeks in the ranking

13 weeks in the ranking

7 weeks in the ranking

They are not K-dramas but foreign productions or reality shows, but they enter the list of the most watched in South Korea. Some of these titles are also found within thetop 10 most viewed rankings in other regions as is the case withnarcosantos

which is a trend in 13 countries, including several American territories such as the Bahamas, Guadeloupe, Jamaica and Martinique. Also on the list isThe sisters

, which is a trend in 12 countries; Alquimia de Almas, popular in 24 countries including Bolivia, Brazil, Peru and the Dominican Republic. AlthoughWoo, an extraordinary lawyer

came to an end a couple of weeks ago and is still in the top 10 of 35 countries, including Argentina, Bolivia, Brazil, Chile, Colombia, Costa Rica, Ecuador, El Salvador, Guatemala, Honduras, Mexico, Nicaragua, Panama, Paraguay, Peru, Dominican Republic, Uruguay and Venezuela. 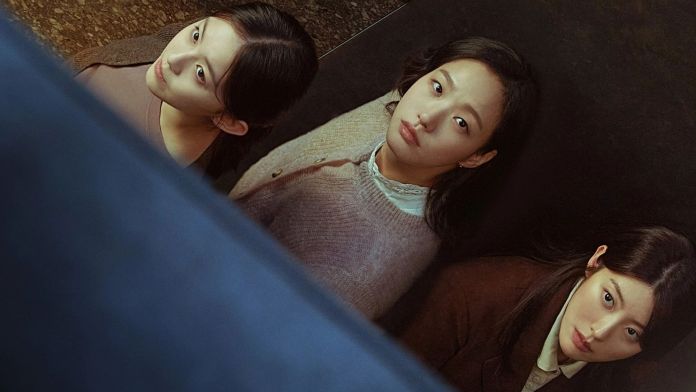 Poster for the K-drama “The Sisters”. (Netflix)

Poster for the K-drama “The Sisters”. (Netflix) To find out why series titles like Goblin, Boys Over Flowers, Moon Lovers, You Are Beautiful

and other titles have been so successful that you can’t stop talking about the origin of hallyu. This phenomenon was first named in the late 1990s when the Chinese newspaper The People’s Daily used the term to refer to the good reception of the Korean culture

in countries such as Hong Kong, Taiwan, Singapore, Vietnam and Indonesia. Hallyu is nothing more than the consolidation of TV dramas, movies, K-pop, celebrities or idols, food, makeup

among other aspects that have increased its consumption globally. A wave that has jumped oceans and has touched the farthest corners of the planet, even in those nations where barriers have been put up against what is foreign, such as North Korea.

K-dramas are different from Hollywood productions, Arab soap operas or even Mexican soap operas, because after the war with Japan and North Korea they have provided an opportunity for Korean society to reconfigure itself before the eyes of the world. Last but not least, there is also the Korean pop (K-pop) industry which is intrinsically related to the television industry as the original soundtracks (OST)

They are also one of the bases to publicize the productions and gain more viewers.