Dave Grohl singing at the Taylor Hawkins Tribute in London

The American rock band Foo Fighters offered the first of two concerts in tribute to their late drummer Taylor Hawkinswhich will take place in London and soon in Los Angeles during the first days of September.

Hawkins, 50, died unexpectedly at the end of March in a Bogotá hotel during the group’s South American tour, which was subsequently cancelled. An initial analysis that included toxicology tests had found 10 types of substances, including the THC found in marijuana, tricyclic antidepressants, benzodiazepines and opioids.

The concert that took place on September 3 was at the Wembley stadium in London. This occasion is special because it will be the the band’s first live performances since the drummer’s death.

“To our dear friend, our awesome partner, our beloved brother… Foo Fighters and the Hawkins family bring you the Taylor Hawkins Tribute Concerts”, the band said in a post on Twitter, announcing the concerts.

He also shared a statement from Hawkins’ wife, Alison, who thanked fans for their support.

celebrities like Paul MCCARTNEY; Brian May Y Roger Taylorfrom Queen; Liam Gallagher; the bassist of Led Zeppelin, John Paul Jones; and AC/DC singer, Brian Johnson, were some of the great figures who participated in the tribute yesterday. 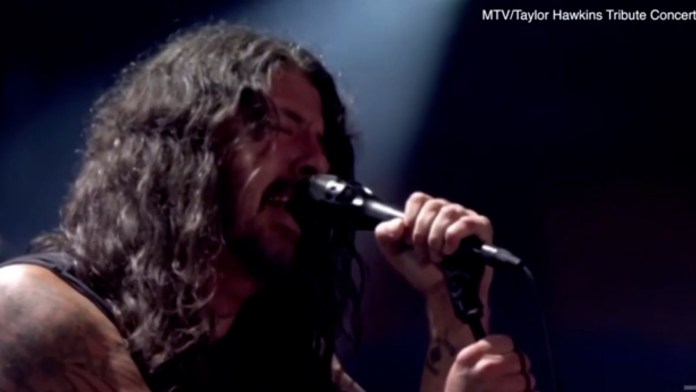 Dave Grohl, “I hope you guys felt all the love from all of us and all the artists because we felt it from you guys for Taylor tonight, so thank you guys.”

The show, which began in the mid-afternoon and lasted into the night, had several emotional moments, especially when famous songs marked as Hawkins’ favorites were performed.

One of the most emotional moments of the night occurred when Hawkins’ own 16-year-old son took the stage to perform “My Hero.”

Taylor Hawkins’ son playing “My Hero” at his father’s tribute

“No one could make you smile, laugh, dance or sing like Taylor”, the host commented at the beginning of the concert. “We have come together to bring you a gigantic night of for a gigantic person of. So sing and laugh and dance and fuck yell and make some noise so he can hear us right now! Because you know what, it’s going to be a long night!”

Before introducing his daughter Violet and Mark Ronson to the stage, Grohl commented, “When we first started talking about putting something together for Taylor, we sat down and said that even if it was her closest friends, that’s like 100 musicians. So this collection of friends, family, and musicians, this is all brought together by him and we’re all connected here today by that guy.. To bring musicians who have never met, musicians who have never played together, all in one place, at once, with all of you beautiful people to make some noise for Taylor Hawkins.”

The musician closed the day with a celebrated version of “Everlong”, after thanking those present for “the love of Taylor” they professed. “I hope you guys felt all the love from all of us and from all the artists because we felt it from you guys for Taylor tonight, so thank you guys.”. And he added, “I’d like to thank the Hawkins family for being here with us tonight.” 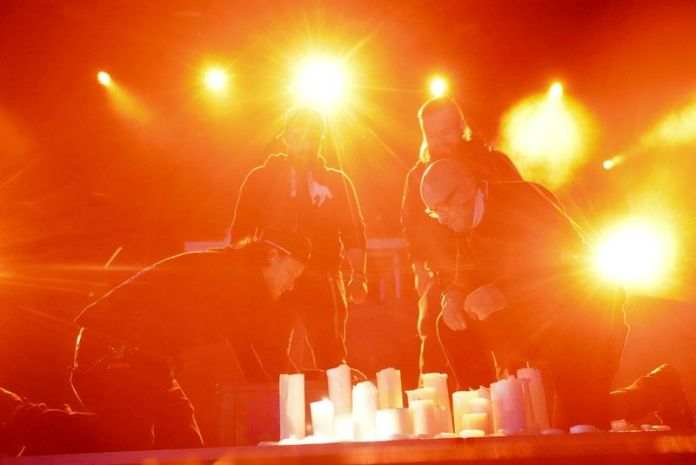 The tribute could be followed live through the Paraumont+ platform and the MTV channel, and will have a new edition on the 27th of this month in Los Angeles, where a great parade of figures is also expected.