- Advertisement -
Dynamic pricing allows artists to effectively sell their own tickets even before they hit the secondary market. REUTERS/Cheriss May

Susan Avery, a longtime Bruce Springsteen fan, raised her daughter to believe that “The Boss” was the one rock star who couldn’t do no wrong. “He doesn’t break up hotel rooms,” says Avery, a fan since the ’70s who has watched every Springsteen tour for decades. “You don’t see it in drug excesses. He’s just a very, very solid, wonderful guy.”

In late July, tickets went on sale for Springsteen’s first US concert series with the band E Street in six years. Like tens of thousands of others, Avery went online to try to buy tickets. When he made it out of the virtual Ticketmaster queue, the only fixed-price tickets to the show he wanted to see at Connecticut’s Mohegan Sun casino were in the worst sections. When Avery went to buy a slightly better seat, he saw the price of the ticket in his cart skyrocket. He ended up paying $800, several hundred dollars above the initial value.

Avery wasn’t the only Springsteen fan to experience shock, thanks to the Ticketmaster’s dynamic pricing policy, which uses an algorithm to adjust prices in real time according to supply and demand. Instead of tickets being sold at face value and then traded by scalpers at significant, sometimes exorbitant prices, dynamic pricing allows artists to effectively sell their own tickets even before they hit the secondary market. Ticketmaster compares it to airline and hotel prices, which can change without notice, although this company, unlike others, has almost total market dominance in its field. 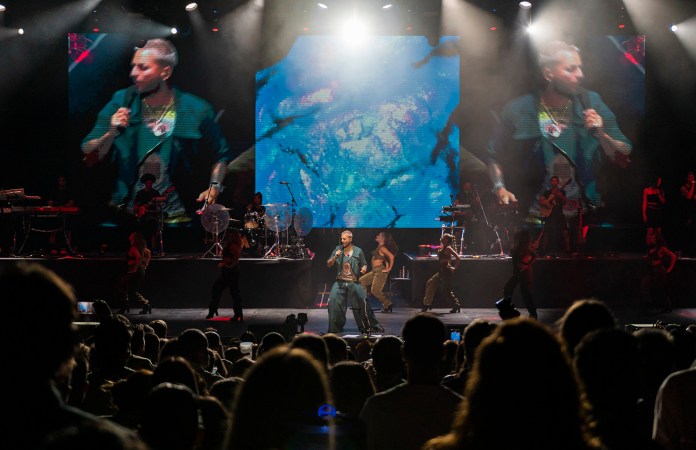 Springsteen isn’t the only artist using this method to sell his concert tickets.

Artists like Taylor Swift and Paul McCartney have been using dynamic pricing for years, but this was the first time music’s most controversial ticketing practice collided head-on with a fiercer fan base. The ensuing feud has laid bare the growing divisions between many artists and their audiences, between the 1 percent who can afford tickets and die-hard, less fortunate fans who increasingly can’t.

For Springsteen’s biggest devotees, it’s an unfortunate clash of interests: pent-up demand after years of covid lockdowns, six years since an E Street Band tour, misunderstanding of a changing market, fears that the veteran Springsteen – 72 – will never tour with a full band again.

Because Springsteen has vowed never to do an official farewell tour, in theory any tour could be his last. And not just for Bruce. “I look at photos from 2016 and some friends have died since then,” says Stan Goldstein, a long-time fan who has been running Bruce-themed tours of his native Jersey Shore since 1999. “You look at the photo and you think, ‘Oh, he It is gone. She has left’. You never know.” 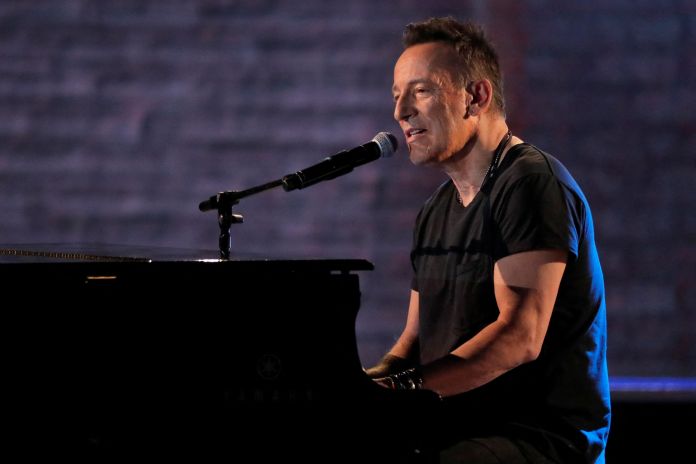 Many bought those tickets anyway and offered similar reasons: I was afraid I might miss something. He didn’t want to spend the next six months watching to see if the algorithm lowered prices. Bruce is 72 years old. You never know. REUTERS/Lucas Jackson/File Photo

Fans say they’re upset not only about ticket prices, but also the lack of transparency. The outrage has been high on Twitter and other places where people are usually upset all the time, but also, more surprisingly, on Springsteen’s own Instagram and Facebook fan groups. “This is what a crisis of faith feels like,” the magazine tweeted. Backstreet’s. Words like “betrayed” and “gut punch” were frequently used. “I would expect this stuff from the Eagles,” one fan tweeted, withering.

Many spoke of an unspoken contract between the singer and his fans, which has now been broken. It has been difficult, if not impossible, to reconcile superstar Bruce, who sold his music catalog last year to Sony for $550 million, and has been a legend for longer than many fans have been alive, with the man of the town Bruce, a grandfather always dressed from New Jersey with his “Carhartt” work jacket. As long as Springsteen wasn’t openly hurting his fan base, it was easy for everyone to look the other way, to pretend those class divisions didn’t exist, to avoid headlines like this on NJ.com: “Bruce Springsteen, I don’t care about you. ”

“I don’t feel shortchanged,” says Flynn McLean, co-host of Springsteen’s fan-favorite podcast “None But the Brave.” “You know, I haven’t bought into the working-class hero thing in a long time.” McLean is going to see a concert anyway. 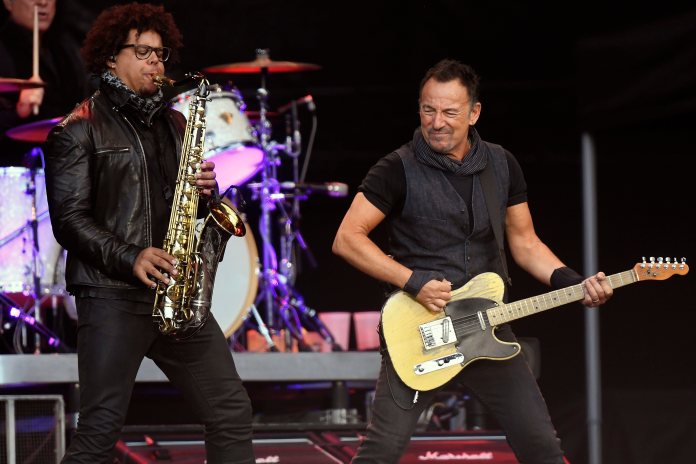 The fact that Springsteen has always treated his fan base like family and has historically kept ticket prices low only adds to the sense of outrage, says fan Amy Demma. He hasn’t missed a Bruce tour since 1980, but he turned down a couple of not-so-good tickets to Boston that would have cost him a staggering $18,000.

Demma will attend three shows on the European leg of the tour; fly to Dublin, stay for three concerts and fly back still cheaper than dynamic pricing in the US. Many fans are doing the same, though they fear that handing over Springsteen concerts to the 1% of Wall Street’s brothers will change the dynamic of the show and irreparably alter the frayed bonds between Bruce and his audience. “These are the people who feel very, very betrayed,” she says. “They invited us, hugged us and told us that we were an important part of what he was trying to do with his music. And now we feel left out.”.

The quirks of the dynamic pricing system also frustrated potential buyers who said they could no longer see the original ticket prices and didn’t know how much they were overpaying, or didn’t realize their $300 tickets were being sold. they had turned into $3,000 tickets until he hovered over the “place order” button.

Many bought those tickets anyway and offered similar reasons: I was afraid I might miss something. He didn’t want to spend the next six months watching to see if the algorithm lowered prices. Bruce is 72 years old. You never know. 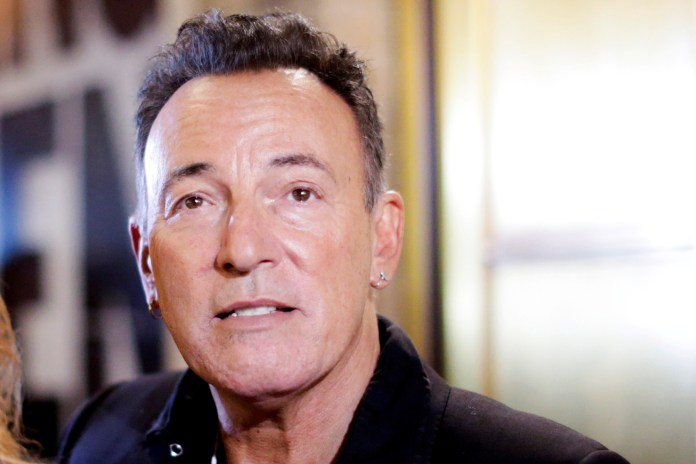 Fans do not know if this will be the singer’s last concert. REUTERS/Eduardo Munoz/File Photo

Fans blame promoters, Ticketmaster and Springsteen’s longtime manager, Jon Landau. (According to a statement from Ticketmaster, “promoters and artist representatives” are responsible for setting pricing parameters.) The singer may not even know about all the fuss.

He knows it, says Bob Lefsetz, author of the industry publication Lefsetz Letter. He figures that, at best, Springsteen and his team were vaguely familiar with the practice and thought ticket prices would go up a few hundred dollars at most, and didn’t think to put an upper limit on prices. . “Bruce’s sole goal was to make sure that no matter how many tickets were sold, he was getting the money instead of scalpers,” says Lefsetz. “It is that simple. Was he wrong not to cover it up? Yes, that’s fine”.

While the $5,000 tickets have sparked the most outrage, it’s hard to find people who have actually spent that money. Those impressive numbers may be the product of an overly impressive algorithm; ticket prices for many shows have settled into the low four figures, and tickets to shows in smaller cities (like Tulsa, for example) can still be found near face value. According to a statement from Ticketmaster, the average price of a ticket, at least in the first sales, is 262 dollars. 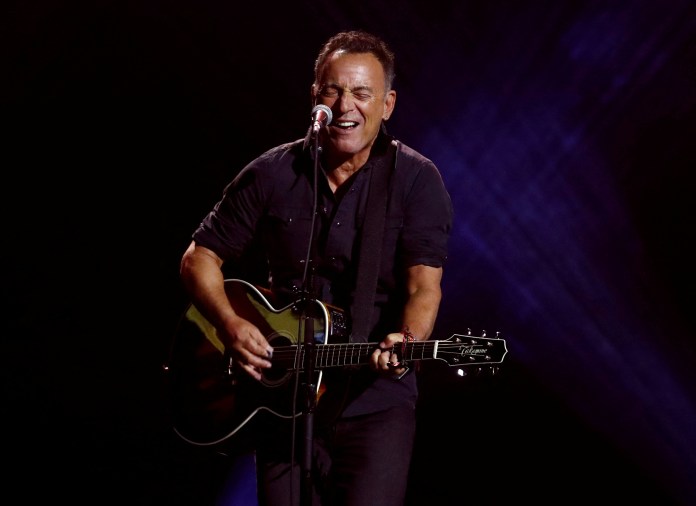 Artists like Taylor Swift and Paul McCartney have been using dynamic pricing for years, but this was the first time music’s most controversial ticketing practice collided head-on with its fiercest fanbase. REUTERS/Mark Blinch/File Photo

It’s been a long time since Springsteen faced this kind of widespread public condemnation, and he seems to have been caught in the dark. He has yet to address the issue publicly, which is another sticking point with fans who are in an unusually unforgiving mood. “I think whatever mistakes or oversights they made in letting those tickets go to $3,000, $4,000, $5,000 last week, they deserve it,” says podcaster McLean. “There aren’t many apologists for Bruce right now.”

With plenty of West Coast dates, including Los Angeles, yet to be announced, and a likely stadium tour after that, the drama could drag on for a long time. Landau issued a statement to the New York Times that seemed to make matters worse, noting that ticket prices were in line with those of Springsteen’s colleagues, of whom there weren’t many, anyway. “I think in today’s environment, that’s a fair price to see someone universally regarded as one of the greatest artists of his generation.”said.

The backlash probably won’t survive the opening minutes of the tour’s first show in Tampa next February, but until then, there are signs that Springsteen is beginning to understand his situation. Goldstein met the singer in Asbury Park on Sunday at his favorite hangout, Wonder Bar. Springsteen stayed outside with the dogs (Wonder Bar has a Yappy Hour for dogs), going unnoticed. A video of the singer with the owner commemorating the bar’s 20th anniversary, a timely reminder that the singer hasn’t forgotten his roots, has since gone viral. 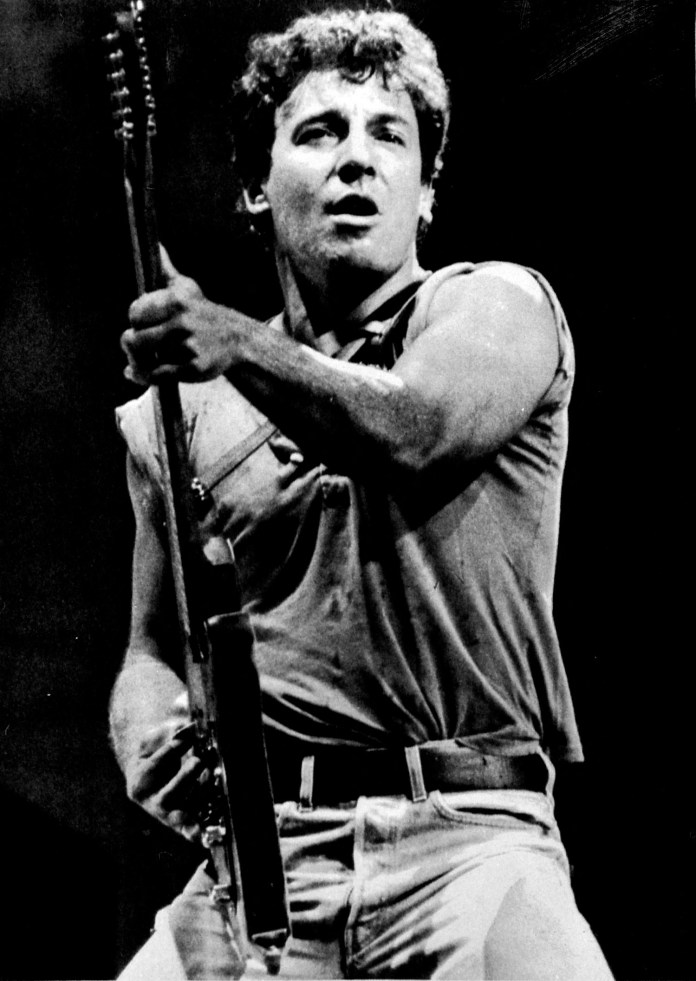 Goldstein understandably didn’t mention the ticket situation during his meeting with Springsteen. But if Susan Avery were to meet Bruce, she says she would talk. “I would say, you know, ‘I still love your music. I think you are amazing. You changed my life. And thanks for being in my life. But I have to tell you that I am really disappointed” by what she went through with Ticketmaster. And I’d love to hear what you have to say about it.”