Don Gus died, “the man of the combi” who went viral for arguing with a passenger

Around 2015, a viral video emerged that caused a lot of laughter to Mexican Internet users and also generated dozens of memes, it was about a man fighting with a woman on board a public transport combi. In recent days, the granddaughter of Gustavo He posted a TikTok saying that he missed his grandfather.

“I know he is resting in peace but his departure still hurts, fly high grandfather” wrote the user @resendiz1702implying that the viral old man had already died, because in TikTok he showed the portrait of Don Gustavo in front of a candleIn addition, the young woman added a filter to make it look like she was smiling again. 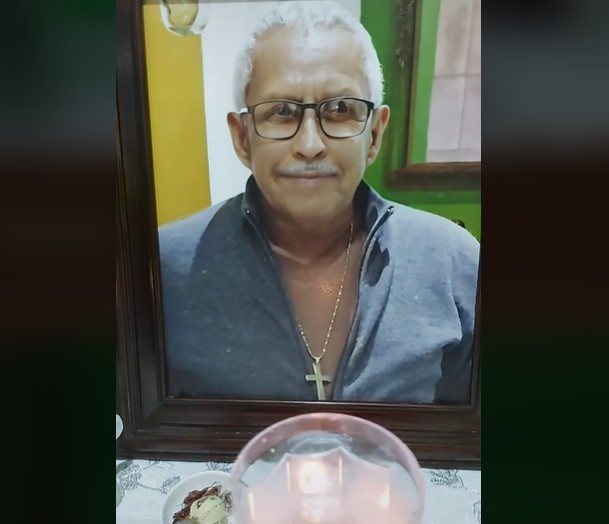 This is the altar that her granddaughter showed (Photo: TikTok screenshot/@resendiz1702)

On the other hand, the content creator known as Yulaywould have confirmed the death through a Twitter post: “Almost more than 1 month ago Don Gus left us, an internet icon, also an amazing person, I had the opportunity to meet him! No doubt Don Gus made them smile. He was a big man, the man from the combi was gone. We will always remember”. 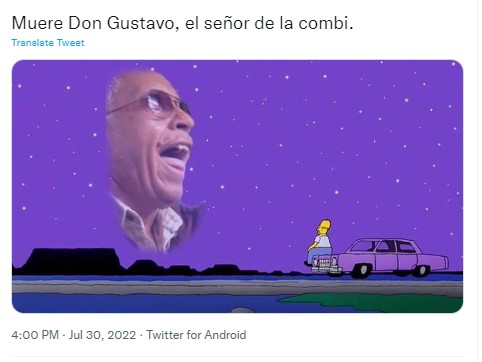 So were the images to fire the man from the combi (Photo: Screenshot)

It should be noted that this youtuber he published a video in 2020 where he showed that he had found the man of the combi by chance and he even took a photo with him, the same image was the one he added in his tweet without specifying more details. Despite this, some netizens called him “opportunistic” for uploading the photo together. 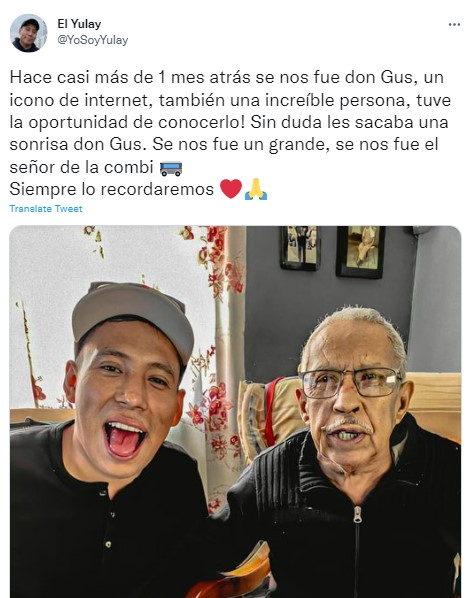 The youtuber Yulay mentioned the death of the man from the combi (Photo: Twitter/@YoSoyYulay)

So far, the death of Don Gustavo has not been confirmed by more than his relatives, although in reality it only went viral because of the video of the combi and he was not famous for being an influencer, so the details of his life are not known. private. The causes of this apparent death are unknown. 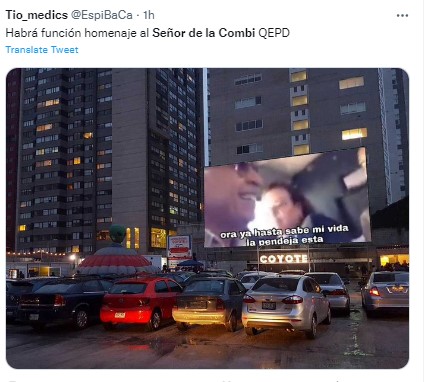 Meanwhile, internet users were quick to create “farewell” memes for Don Gustavo and lamenting his alleged death, as they considered him an iconic figure on social media. “Rest in peace the gentleman of the combi”“Now he will go to heaven to argue” and “Karnal did not touch you” were just some of the tweets that could be read this July 30. 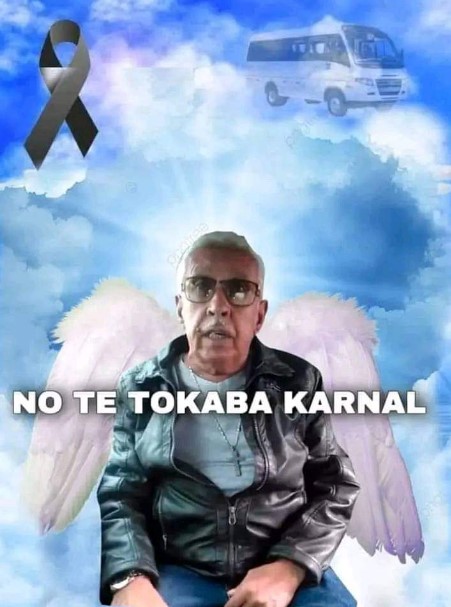 Several images were created from this alleged death (Photo: Screenshot)

Although there were also some people who criticized these actions, because in their perception, it was just a conflictive person who did not deserve to be viral, much less that his actions were applauded, since in his lexicon, the man said many profanities.

What is the video of the man of the combi about?

Apparently, the argument between Don Gustavo and the other passenger started because she couldn’t sit properly in the seat, so she brushed her knees against his arm. 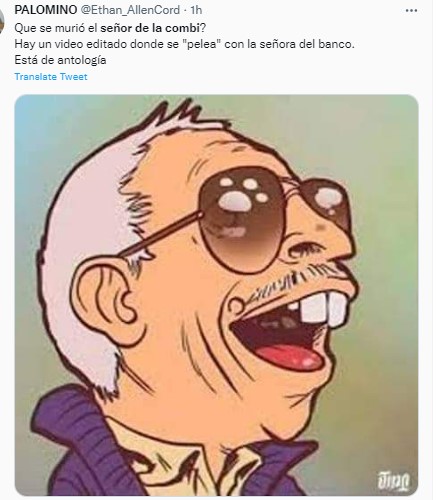 Faced with a disagreement like this, most people who use public transport would remain silent and uncomfortable all the way, but the lady and Don Gustavo began a heated argument that someone began recording from his cell phone.

In the video of almost three minutes, the man said things like “Old vulgar, c*brona”, “And if I want to be comfortable, I pay for the whole damn truck,” “now you know even my life the asshole… this one” and “it looks like a greengrocer”.

The discussion between the two increased and the insults between the two did not wait, because a problem that began due to the lack of space turned into a fight where they made fun of the hypothetical diseases they had.

According to various comments on social networks, Don Gustavo’s alleged granddaughter mentioned on several occasions that people recognized her grandfather from this discussion, but that in reality, he didn’t like the idea of ​​being remembered only for those phrases.

Barbara Loden and ‘Wanda’: a woman in the shadows | Feminism

Karla Diaz, Juanpa Zurita and Faisy give voice to ‘The Samurai Dog’

“Lie”: Pati Chapoy and Pedro Sola had no mercy with The Academy

Cinema at 29 pesos in Mexico: dates and everything you need to know