Daniel Bisogno criticized Selena Gómez after showing her belly: “She wants to rest as a pulquero”

- Advertisement -
The American was comfortable with her body (Photos: TikTok/Instagram)

Selena Gomez is one of the american artists world’s most loved and after the Disney girl posed in a video without being ashamed of her natural belly, Daniel Bisogno He didn’t hesitate to attack her.

It all started on the official account of TikTok of the famous, where she shared a clip in a bathing suit and sitting in a comfortable position. In the audio, someone could be heard saying that put his belly to which the actress The Wizards of Waverly Place answered:

“I’m not going to put a shit *. Real bellies are back, okay?sentenced the young woman.

The video quickly went viral and reached more than 16.7 million views, likewise, many users filled the comment box with positive messages towards the artist.

“You are the most beautiful woman in the world.” “My great motivation is Selena.” “A real queen.” “You are right, women should not be prey to fashion stereotypes or non-real models.” “She gives me the self-esteem that I often lack,” said Internet users.

But not everything was hunky-dory, since during the last broadcast of windowing, the drivers presented the note of the tiktok of Selena Gomez and Daniel Bisogno did not refrain from making sharp comments towards her.

“Selena Gomez, look, it is fashionable to show hair, fish, meat. Here They tell him to add the belly and he says no, that he wants to rest it like a pulquero, but also which belly”, he said in the first instance.

However, Linet Puente did not agree with her partner’s comments and pointed out that Selena’s message was good, because gender stereotypes should not continue to be perpetuated. To which Bisogno attacked:

“That the goal for the photo no more, is not (that they are realities that do not exist) is that within what you can see, you see yourself as best as possible”sentenced.

Finally, the controversial show host ruled that there is a need to be showing “naturally” publicly.

“There is no reason to show the mole with hair”ended.

It should be noted that the criticism of Pati Chapoy’s friend is a bit contradictory, since in previous days the Mexican said that he was victim of body shaming (shame the body) when he lost weight. And it is that, on that occasion, the drivers were talking about Danna Paola, who has received harsh comments for her physique.

At this, Bisogno ranted against the haters of the interpreter of hits like hey paul either Sodium and pointed out that he also went through a similar situation. 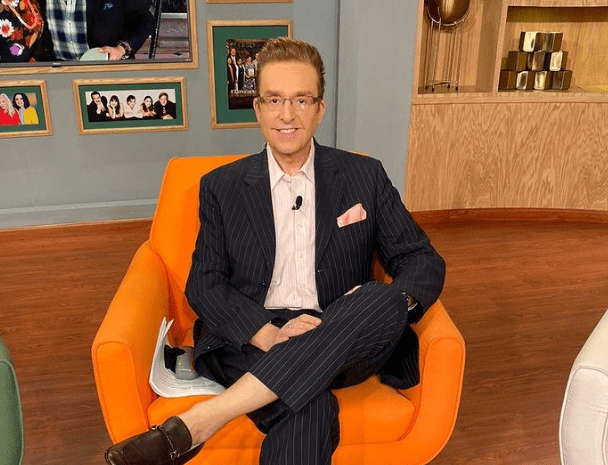 The driver launched another of his controversial comments (Photos: Selling)

“Now because she is thin, they criticize her, a bunch of envious people they are. With me, first it was fat, now that: ‘play sick’, they no longer know what to scrub with, because I still want to please them, but never again, ”said the driver before the laughter of his program partners.

In 2020, Daniel Bisogno became a trend on social networks after appearing on national television with many fewer kilos. Thus, the speculations around the reasons for his physical change They did not wait and some Internet users did not hesitate to think that he had possibly undergone cosmetic surgery or had some disease.

‘America’s Got Talent’ Season 17 Begins the Live Rounds With Some Brilliant Performances – Watch the Best Acting!

This ball costs Rs 3299 but you can’t play cricket with it, you can listen to music instead