Chris Rock’s response to Will Smith after the apology

- Advertisement -
Will Smith hit Chris Rock during the Oscars (Reuters)

hours after Will Smith took to social media via video to apologize to Chris Rock by hit him During the 94th Academy Awards, the comedian appeared in Atlanta on Friday night and responded to the actor.

“Anyone who says words hurt has never been punched in the face,” said the 57-year-old comedian, who referred to Smith as “Suge Smith,” comparing the actor to rapper Marion ‘Suge’ Knight, CEO of Death Row Records, who was convicted in 1996 of beating the late singer Tupac Shakur, and who these days is serving a 28-year prison sentence for running over and murdering businessman Terry Carter.

“Everyone is trying to be a fucking victim. If everyone claims to be a victim, then no one will listen to the real victims.”Rock added. “Even me getting hit by ‘Suge Smith’ went to work the next day, I have kids,” he added.

Despite this joke about Smith, very similar to others he has made during his shows, Rock has not yet spoken publicly and in depth about the attack.. In fact, Will Smith himself has acknowledged that he has tried to contact him unsuccessfully. 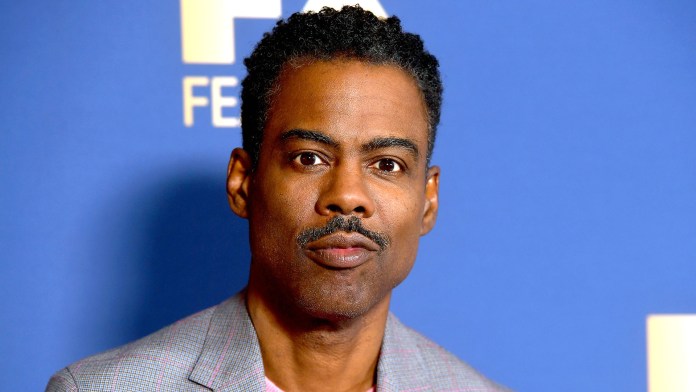 In a video posted on Youtube, Will Smith apologized to Chris Rock (Getty Images)

“I texted Chris and he said he’s not ready to talk and when he is he will. So I’ll tell you Chris, I apologize. My behavior was unacceptable and I’m here when you’re ready to talk.Smith said in the video he posted on his YouTube channel.

“I can tell all of you that no part of me thinks that was the right way to behave at the time. There isn’t a part of me that thinks that’s the optimal way to handle a feeling of disrespect.”he continued.

The actor also explained why he didn’t apologize to Rock during his acceptance speech for winning the gold statuette for Best Actor for his role in the movie “King Richard.” “I was confused at the time. Everything was blurry”said.

The Hollywood Academy has sanctioned Smith by banning him from attending the Oscars for the next 10 years.

The comedian doesn’t want to speak to him.

Smith also apologized to Rock’s mother, family and brother, Tony Rock. “I didn’t think about how many people I hurt at the time,” he added. “We had a great relationship,” Smith said of Rock’s brother. “Tony Rock was someone close and this is probably irreparable.”

On the other hand, Smith claimed that Jada Pinkett Smithhis wife and victim of a bad joke by Rock, didn’t tell him to do anything, for which he and his traumatic past are to blame. However, he has also acknowledged that his “history with Chris” also had something to do with it.

Will Smith denied his wife’s involvement

The actor also apologized to his wife, his children, and his fellow nominees.

“Letting people down is my core trauma,” Smith said. “I hate when I disappoint people. It hurts me psychologically and emotionally to know that I did not live up to the image and impression that people had of me. I’m trying to be sorry without being ashamed of myself.”said.

“I’m human and I made a mistake and I try not to think of myself as a piece of shit.”, affirmed the actor and then sent a message to his followers: “If you hold on, I promise we can be friends again”.

The Best Movies of 2021 Now Streaming on Prime Video