Cacho Fontana died, the voice that revolutionized radio and the presence that made TV shine

Renowned radio and television hostJorge “Cacho” Fontana died this Tuesday at the age of 90after going through numerous health problems in recent months, as confirmed by one of his daughters.

The news of Fontana’s death comes hours after the death of his ex-wife and mother of two of his daughters, Liliana Caldini.

The last few years had not been easy for Fontana. The announcer contracted Covid in July 2020 in the nursing home where he had lived for several years, for which he had to be admitted to the Fernández Hospital.

But Cacho’s health problems continued in 2021, when, having recovered from Covid, he had to be hospitalized again in February for pneumonia. 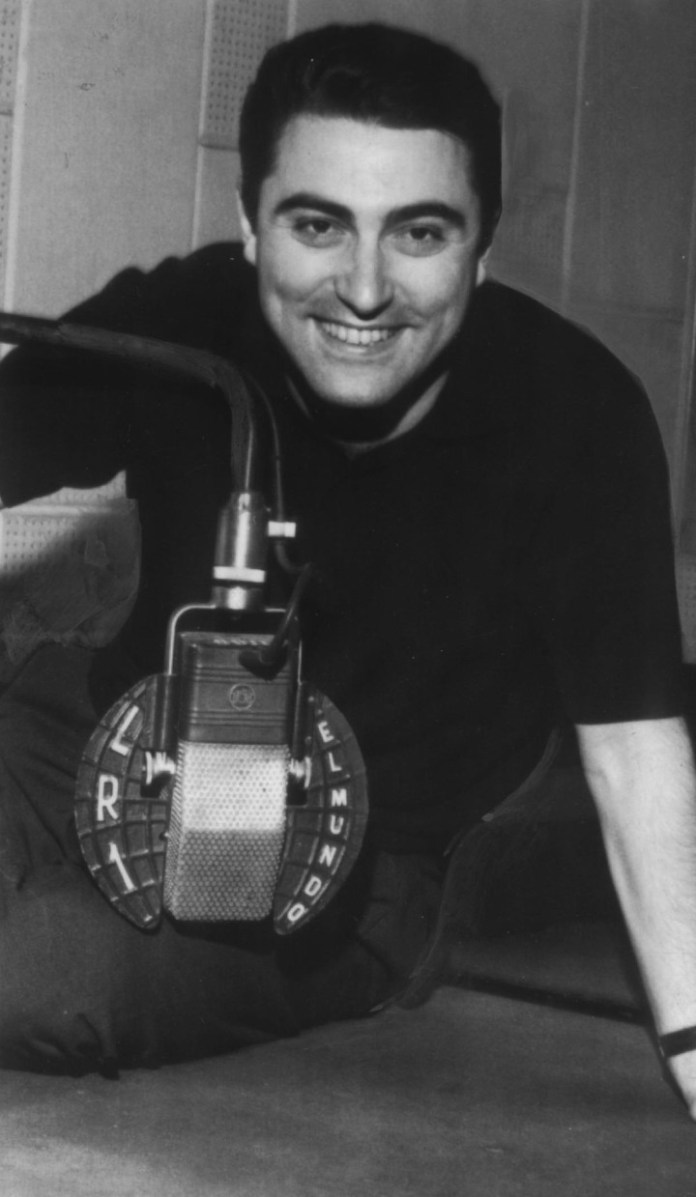 Cacho Fontana on radio El Mundo; his voice was a trademark for several decades.

Upon learning of Fontana’s death, various television and radio figures lamented the news. One of the first was Oscar González Oro: “I am still moved. It paralyzes me, memories appear. He was a friend, the person with whom I had lunch twice a week. He was a human being with defects and virtues, creator of great successes and a style of making radio”.

“The day Liliana died I immediately thought of her death. If someone was by Cacho’s side it was Liliana and the question was, “Who tells Cacho that Liliana died?” González Oro said.

Another figure who lamented his death was Magdalena Ruiz Guiñazú, who recalled the “very good relationship” that united him with the driver.

“I was very sorry, we had a very good relationship. Working with him was a wonderful adventure,” the journalist told TN.

Cacho Fontana, a voice for history

Surely – how else to say it? Jorge Cacho Fontana was one of the most prominent and influential figures on Argentine radio and television.. From the 1970s to the present, no one who reviews the radio offer will be able to fail to mention his Fontana Show as a milestone that revolutionized the medium. Fontana’s unmistakable voice became a trademark that we still associate today with many advertisements that sought in his style of communicating -confident, energetic, generating empathy- an arrival worthy of trust with the public.

On television, among his many projects, clearly stood out odoll question, the glass bell Y video shows. Norberto Palese -such was his real name- was born on April 23, 1932, son of Antonio Palese and Nieves Figueriras. He spent his childhood in Barracas, working from a very young age as an assistant and cadet in the company where his father was a foreman. But at the same time, cultivated an attraction for the locution, which led him to be a presenter in neighborhood shows and then an orchestra presenter. From there he “jumped” to the radio, where he worked for five seasons as a substitute announcer until he got the opportunity that would catapult him to fame: driving odoll question, question and answer contest, on TV. 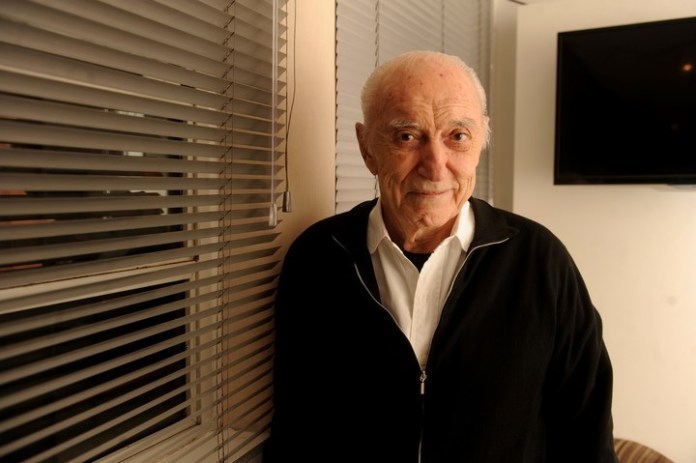 The driver remained in force until this year, through a National Radio program. (Photo: Guillermo Rodriguez Adami)

Fontana imposed the famous “Cooooon securitydddddd”! when the answer was correct reached incredible levels of popularity. But, at the same time that he discovered his streak as a producer and stood out as a host, Fontana was also establishing himself as a notable voice for advertising, the ads were gaining relevance there. And then he was the “sidewalker” of other super famous people like José María Muñoz at the head of the sports broadcasts of Radio Rivadaviaand many more.

The camera of looking, the universe Cacho Fontana

Moving from entertainment to journalistic news, another key moment in his career was his time at the head of Videoshow, by Channel 11the program that in the mid-’70s changed the way of telling the news: It was from the use of primitive video cameras that we became familiar with a new term for the time (the videotape). For its time, a technological revolution.

“The technology was a camera and a bin with lights. That was all television, very traditional as were many things in the country. Everything was done live, without network, without anything. He was the glory or Devotee. The radio was the imagination and the television, the reality”, he told Clarion In an interview. 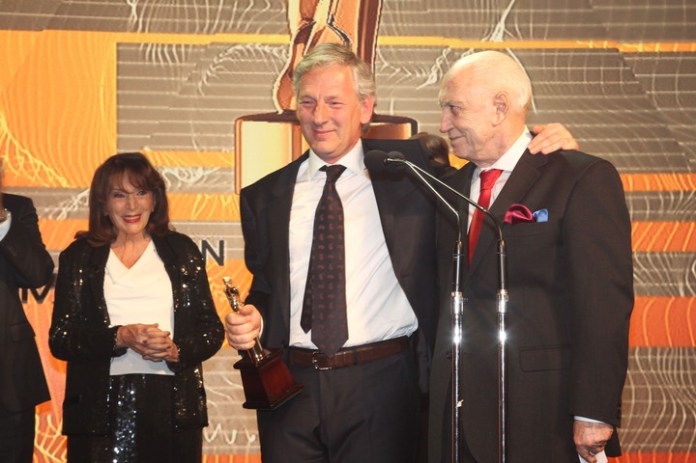 Despite his popularity on television, he had not lost his passion for radio – from the beginning in From town Y The world– until reaching number 1 of the ’60s, Radio Rivadavia. And it was there where, in addition to accompanying Muñoz’s broadcasts, Fontana built another of his remarkable creationsthe Fontana Show. He was surrounded by a team with outstanding female announcers such as María Esther Vignola and Rina Morán, and notable screenwriters: Alberto Migré, Abel Santa Cruz, Hugo Moser. 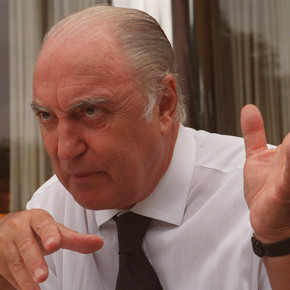 His love life: his relationship with Liliana Caldini

On the other hand, he got used to a media love life, since he was partner for twelve years of the actress and singer Beba Bidart. And this factor was enhanced when he began her affair with a young modeling star, Liliana Caldiniin the early ’70s: they were the parents of the twins Ludmila and Antonella.

However, his private life would reach scandalous titles in 1992, in the relationship with another model and “Sofovich’s secretary”, Marcela Tiraboschi. The issue led to a court case –she sued him for assault– with Cacho definitively dismissed and with everything clarified. Several times, some time later, he felt that this situation had been “planted” on him. And it coincided with a progressive exit from the media, precipitated by the hemiplegia he suffered.

Gone were the days of glory, the friendship with characters like Tito Lectoure, his participation in historical broadcasts (Locche-Fuji in Japan, the Nobel Prize for Leloir on Channel 13, a long report on Perón in Puerta de Hierro, coverage of the World Cup ’66, among them). 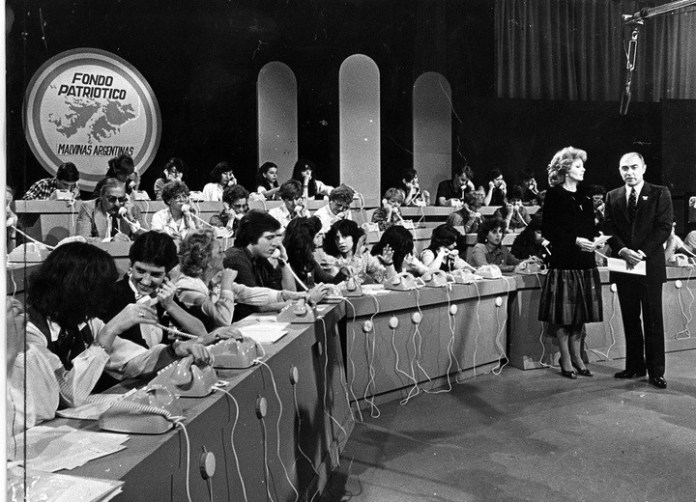 The 24 hours of Malvinas program aimed at raising money for the “patriotic fund” during the war, in 1982, was hosted by Pinky and Cacho Fontana.

In recent times he had received the recognition and tributes he deserved. He presented the Martín Fierro de Oro to Longobardi in 2016 and, two years later, Cacho Fontana himself and his endearing friend Pinky received the tribute at that party, presented by another media hero, Héctor Larrea. “Living this overflow of affection, good treatment and generosity comforts me. You guys don’t know how hard it is to get away from the media,” she said from the stage. At the same time he highlighted all those who had shone in his time -such as Antonio Carrizo or Larrea himself- and the new generations, among whom he mentioned Santiago del Moro.

He was a real big winner of 14 Martin Fierro. Already far from that boy from Barracas who dreamed of succeeding on the radio while he tried out his voice animating tango nights.