Beyoncé will remove from her new song heated a derogatory term for people with disabilitiesassured a spokesman on Monday, after protests from activists who considered it offensive.

The American pop megastar will re-record the theme of his latest album renaissance in which he originally sang the lyrics “Spazzin on that ass, spazz on that ass.”

Co-written with Canadian rapper Drake, the track appears to use the word “spaz” in the colloquial sense of temporarily losing control or acting erratically.

But disability advocates pointed out that the word derives from “spastic.” Spasticity is a movement disorder involving muscle stiffness and clumsy movements and is suffered by 80% of people with cerebral palsy.

“The word, not intentionally used in a harmful way, it will be replaced”, a Beyoncé spokesperson told the agency. AFP via email.

In June, the American singer Lizzo re-recorded the song grrrls to eliminate the same term after the complaints for considering it derogatory.

Hannah Diviney, an Australian disability activist, said that Beyoncé’s use of the word “feels like a slap in the face, to the disability community and to the progress we’re trying to make with Lizzo.”

“Guess I’ll keep telling the entire industry to ‘do better’ until the ableist slurs are gone from music,” Diviney tweeted. 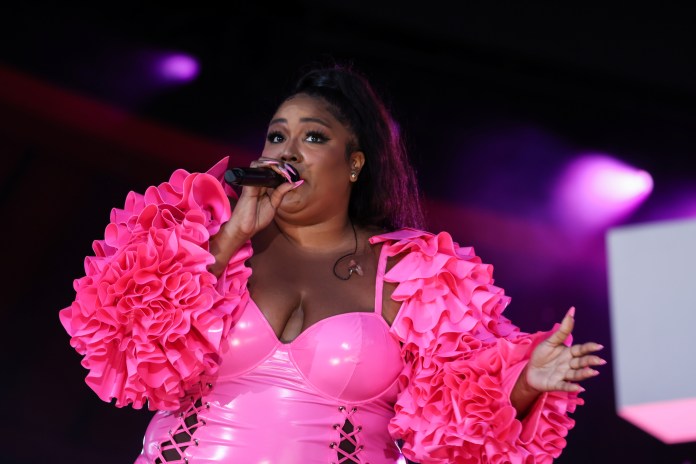 In June, the American singer Lizzo re-recorded the song Grrrls to remove the same term after complaints that it was considered derogatory (REUTERS / Caitlin Ochs)

Nile Rodgers, Skrillex, Nigerian singer Tems, Grace Jones, Pharrell and rap mogul Jay-Z, Beyoncé’s husband, are other collaborators on the album, which leaked online in the days before its official release.

In an Instagram post published shortly after the album’s release, Beyoncé said creating the album “allowed me a place to dream and find an escape during a time of fear for the world.”

Aware that he is one of the few people capable of bringing the music industry to a standstill with a single move, Beyoncé last month broke her usual secrecy to announce that she had a record ready that she had worked on during the pandemic.

“My intention was to create a safe place, a place without judgement”, wrote. “A place to free yourself from perfectionism and overthinking. A place to shout, liberate, feel the freedom”.

A great party, an invitation to hedonism and carefree living after a few difficult years for everyone. Beyoncé has moved away from political intensity and her calculated perfection in Renaissance.

The star, known for following a calculated strategy in everything he does, He thus moved away from the hallmark he had carved out with his previous releases.

Beyoncethe self-titled album that elevated her status in pop, was released by surprise at Christmas 2013 and lemonade It was released in 2016 as an exquisite musical film full of criticism of the racism still present in the United States.

Between those two projects and renaissance, Beyoncé did not stop publishing material either: In 2018 she presented an album with her husband Jay-Z under the pseudonym The Carters; in 2019 she premiered the documentary homecoming about her performance at Coachella and later participated in The Giftthe ambitious soundtrack of The Lion King.

(With information from AFP and EFE)