Becky G will host the MTV MIAW Awards in Mexico

Visiting Mexico prior to his participation as presenter of the MTV MIAW Awards, Becky G spoke about the recent revocation of the ruling “Roe v. Wade” that decriminalized abortion at the federal level in the United States and of an older need for gun control after the shooting in Uvalde, Texas, a tragedy that impacted her especially because it is a Latino community like her.

In addition to being a presenter of the MIAW airing this Sunday on MTVBecky G is nominated for MIAW Artist and Viral Anthem category for Mommy‘. 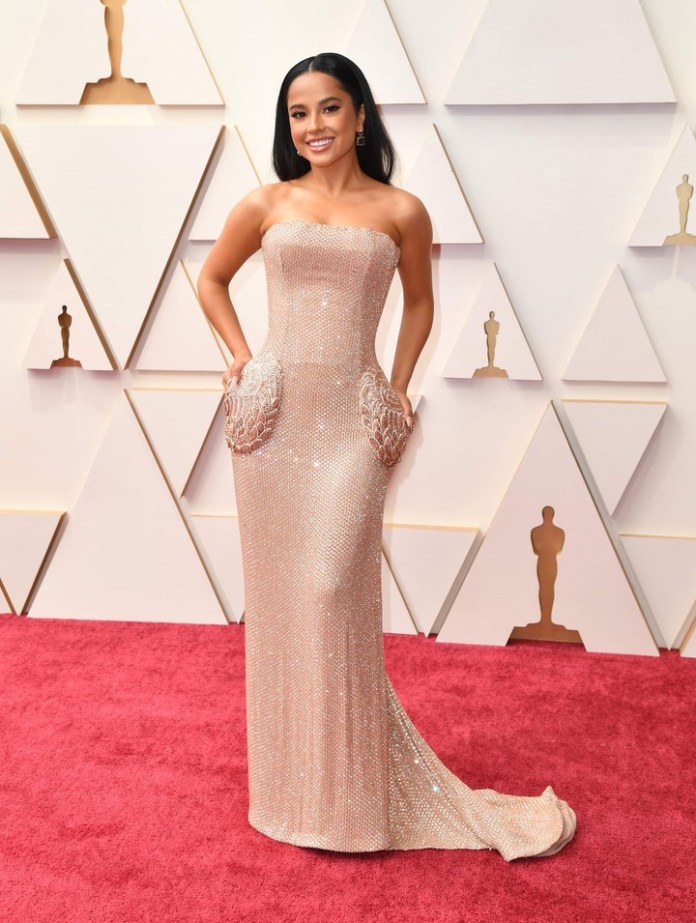 “I would tell men: you also have to educate yourself and learn,” said Becky G in Mexico. AFP Photo

“I would say to all men here if they have daughters, if they have wives, if they know someone who, with these laws that exist, that are changing and not so much towards empowering women, you too should educate yourself and learn how can we work together because it is a human rights issue”.

Becky G, whose grandparents are Mexican and she is proud of her latin rootsshared on Twitter a heartfelt message to demand an end to gun violence after the shooting at the primary school of the Hispanic community in Uvalde, Texas, in which 19 minors and two teachers died.

Just Monday (July 4) there was another mass shooting in an Illinois suburb during an Independence Day parade that has killed seven people so far.

“It’s something that hurts me a lot, especially what happened in Texas because it was in a 100% Latino community, and (because of) the way they handled the situation,” he said.

“I think what we deserve is gun-control (gun control) is super obvious, we need more things in a more extensive way. I also believe that we should not focus on the sides (bandos) and focus on the problem that is in front of us, because together we are more, united we are more… and there are people who are dying, children”.

Becky G said she likes to represent second- and third-generation Latino youth, like her: “We should be excited to continue with the traditions, to practice them with pride,” she said.

He also shared that his grandfather Miguel, who was Mexican, died last year, so this visit was quite special.

“Being here in your country, celebrating and being part of the culture means a lot to me, because it reminds me of it,” he said.

His most recent album is schemes‘, released in mid-May, and the second of his career after his debut bad santa‘. The new album has invited to Natti Natasha in ram pam pam and Karol G in Mommya song they sang together at the last edition of the Coachella festival.

“This disc, schemes, was to continue my way of being, there is no genre on this album, it is a mixture of different sounds, production, also the lyrics. Demonstrate that women can feel empowered in our sexuality, but also vulnerable”, said the interpreter of without pajamas Y Greater.

Becky G, who has her makeup line Tresluce Beauty and has also ventured into music production and acting, he shared that he started his career from the age of nine and had not had time to stop to think about his priorities, until the pandemic arrived.

“There are things in life that are more important, our health, our mental health, our families, for me it was to focus more on my community,” he said.

The artist pointed out that after suffering from anxiety, she began therapy five years agowith which she has learned to be patient and accept herself.

This new approach allows you better cope with negative comments that may be on social networks about her.

“It’s something that happens with artists or with influencers, we have so many followers (followers) that people think ‘I can throw these words away’ … without knowing that the person on the other end is receiving that,” he said. “It does affect me, it affects me tremendously and I think people should know that.”