Arturo López Gavito revealed how he promoted Molotov’s career: “We went out to sell the records on the street”

Arturo Lopez Gavito is one of the judges The Academy: 20 years toughest and most controversial, but his path over the years has gone from collaborate with major record labels to international entertainment companies. It was so, on this occasion, the iron judge told how he launched the career of the famous Molotov gang.

According to the statements that Gavito gave during the Nayo Escobar podcast, at the time of the 90s he was presented with a job opportunity that he could not refuse and, to his surprise, he met some talents that years later would become firm. representatives of Mexican music.

“I have to be an entrepreneur at the time of opening Universal Music in Mexico in the year 1996. (…) I look back and say: ‘They offered it to me and I took it’, I did well, I signed Moenia, Molotov, we carried out a whole department of tropical music. A beautiful adventure!”, began to say the critic of The academy.

In this sense, the music producer said that at that time he made an album with what was then an emerging band.

“We made the album Where will the girls play? with Gustavo Santaolalla, we launched a marketing campaign and Molotov is today one of the most successful groups. I did that hand in hand with them, also taking risks,” he said.

But because of the rockers’ irreverent style, some insiders in the music industry were skeptical that the product would work. However, the next participant of Master Chef Celebrity did not give up and He looked for a way to move the group’s music.

“I remember very well that on that occasion Isaac Massry, Mixup’s manager at the time, spoke to me and said: ‘Arturo, we are not going to sell the Molotov album because it is against the values ​​of society.’ I tell him: ‘Sounds great to me, but you’re missing out on sales.’ Two weeks passed and there was no other way: Molotov was in the first place of sales for months in Mixup”, said Gavito. 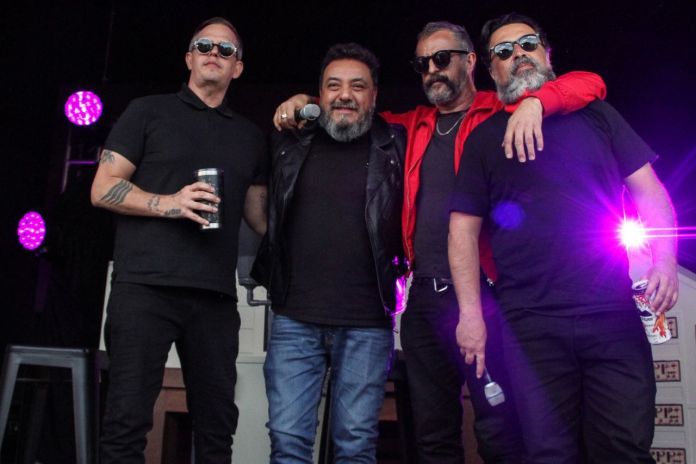 Molotov has been in the industry for many years (PHOTO: ROGELIO MORALES / CUARTOSCURO.COM)

We took advantage of the chaos and the Mexican double standard to be able to carry out a marketing campaign where, if the stores did not want to sell them, we went out to sell the records on the street; the musicians, the sales force, in the Angel with boxes selling Molotov records.

Finally, Arturo López Gavito pointed out, regarding the band that was recently involved in a fight with Christian Chávez, that “such an important group I needed a gear that could take care of them so I could grow.”

And it is that, it should be remembered that at the beginning of July, Molotov assured that his song Put * it was a banner for the LGBT+ community. to which the former RBD He was not silent and pointed out that -although he liked the band’s music- he considered that this specific melody contributed negatively to dissidence.

“You have to respect, that is I’m a super fan of Molotov and I know many of his songs, but it is a song that perhaps was not written for that but that many community haters used it to make bullying, then you have to have a little sensitivity, just that. That is it, we have to talk about it”, he expressed to Infobae Mexico.