Francisca appears with her hair ‘natural’ and no one could believe it! (Images)

Are Karla Panini and Américo Garza cruel? They analyze body language in video against Karla Luna

Karla Panini and Americo Garza marked one of the most notorious controversies of this week, They revealed that Karla Luna allegedly had an affair with a drug trafficker while she was married to the businessman. Thus, social networks turned against the couple, because almost five years ago the ex died Washerwoman. Against this background, the graphologist Maryfer Centeno analyzed the video in which the unfortunate statements were released.

It was on Gustavo Adolfo Infante’s YouTube channel where the specialist analyzed the subject. Also He also studied the signature of the former Lavandera güera.

According to her testimony, Karla Panini’s signature has some crosses in the middle, which symbolizes that she has feelings of guilt. In addition to the fact that she assured that her negative comments do affect her:

“Karla Panini’s writing has a cross in the middle. All these crosses that are in between, are feelings of guilt, because in yesterday’s video, Karla Panini recognizes herself as ‘I’m not a good person’ and she does it by denying and raising her nose a little. This also means that, although it is hard for us to think about it, she did have feelings of guilt at some point. And the comments that say that they do not affect him, they do affect him and affect him a lot, “said the specialist.

Likewise, he reported that his writing begins with a hook, which reveals that he has cruelty and that it gives him pleasure to hurt someone.

“We also see how his writing begins with a hook which speaks to us of cruelty and aggressiveness. Cruelty is taking pleasure in hurting someone. You have to remember that there are some audios where he says – to Américo Garza – that it bothers him that he treats Karla Luna well. They are very strong audios… Panini’s lyrics are large, which means that he is confident. Which does not mean that she does not have doubts or problems, ”explained the specialist.

Regarding the controversial video that the couple released this week, the specialist said that at the beginning Karla Panini appears as if she was preparing for a battle, while Américo was indecisive, with self-censorship:

“Notice that it seems that he is preparing for battle, we see part of Américo Garza’s self-censorship when we see that he constantly covers his mouth, we constantly see that he scratches his beard, which means that he doubts.” 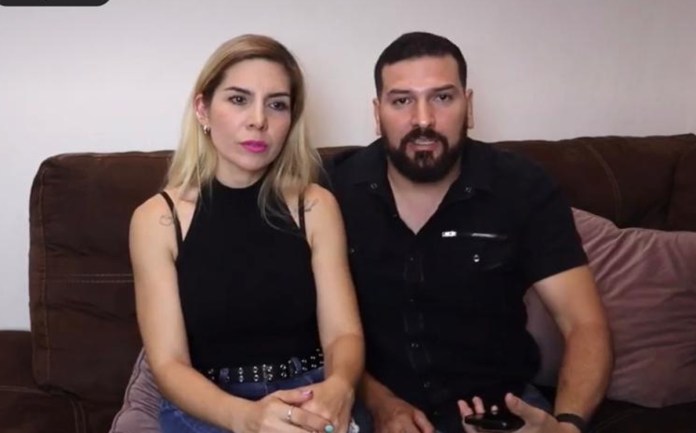 In addition, Centeno commented that they see themselves as victims, but despite everything they remain united:

“At this moment they see themselves as the victims… it tells us that there is a union,” he added.

Another observation made by the specialist was that on several occasions Panini evaluated what Américo said.

“On the other hand, we see how Karla Panini is evaluating, how she is observing. Another important thing,” she added.

Finally, Maryfer Centeno revealed that when Américo talked about Luna’s supposed romance with drug trafficking, it was noted that he was nervous and doubtful. While Panini smiled as if he were pleased that more edges were revealed on the subject:

“–Americo– believes he is right and Panini smiles… -Americo’s action- tells us that he was nervous, he was hesitant to comment on it. This video shows that they are lighting a fuse.”

Francisca appears with her hair ‘natural’ and no one could believe it! (Images)