Andres Garcia, famous actor, recently gave a lot to talk about challenge Roberto Palazuelos to a gunfight to settle their differences. This after accuse the black diamond of allegedly threatening to leave him in the street. Faced with the accusations, the businessman denied the accusations and clarified that he would not fall for provocations. Nevertheless, García’s wife decided to break the silence and clarified that Palazuelos did mention that he would leave Andrea García’s father with nothing.

It was in an interview for First hand where Andrés García’s wife, Margarita Portillo, revealed how the enmity between celebrities began.

Andrés García ‘explodes’ against Roberto Palazuelos; he challenges him to fight with bullets: “it’s shit”

He explained that it was in 2021 when the irreconcilable differences between Roberto Palazuelos and Andrés García began. He claimed that the black diamond he did mention that the actor would starve, but that it was not as such a threat. This after the actor was upset with the businessman for proclaiming that he was the universal inherited and that he was trying to sell his properties.

“After this, Roberto begins to make the matter public and begins to say that he was the heir. Andrés got angry and said: ‘I’m going to take it out of the will’ because they always questioned him about this,” said Margarita Portillo. 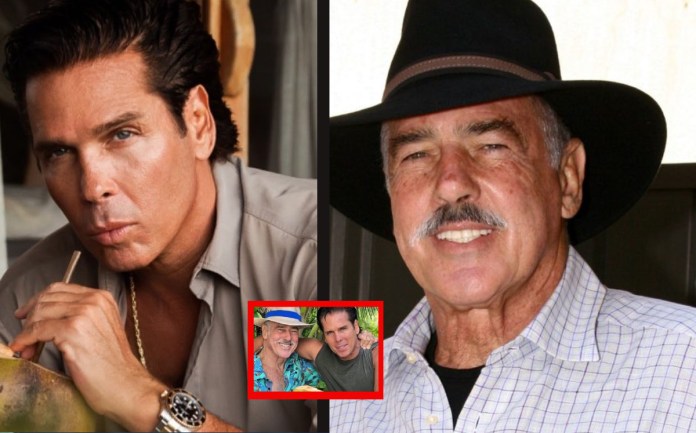 Given this, Roberto Palazuelos stated that he did not need Andrés García’s inheritance, since he had more expensive properties. It was thus that García’s ego caught fire and he pointed out to Palazuelos having hotels of ‘sticks’.

Finally, the wife of Andrés García clarified that it was then that Palazuelos called his son –by Margarita Portillo– to tell him that he was going to “fuck” him:

“He spoke to my son very early and told him the most horrible things, that he was going to go to hell… that he was going to take care of the hell. ‘I’m going to make sure that he dies of hunger and I want you to tell him that it was me, that I fucked him up,’ that’s how it was, ”he added.

After the new statements, The Black Diamond has not made any mention on the subject. Especially after he was upset by the statements of his former friend before the press.