Andrés García’s wife revealed the threat that Roberto Palazuelos made to the actor: “I will make him starve”

- Advertisement -
The actors do not get along F(oto: Getty Capture)

The dispute between Andres Garcia and Roberto Palazuelos continues to grow, despite the fact that for many years they were inseparable friends. this time was the wife of the 81-year-old actor, who revealed other details of How did the separation between the two artists come about?

It was during an interview with the program First hand, where Margarita Portillo commented that between the black diamond and your partner exists a fight that broke out after Garcia included Palazuelos in his will.

“Andrés got angry and one day he said ‘I’m going to take it out of the will’ because they questioned him about it so much and Beto got angry and He said he had no need of Andrew’s property, because his smallest property was worth more than Andrés’s properties; start an ego fight”, He commented before the cameras of Gustavo Adolfo Infante.

But, the conflict would have escalated to such a degree that Roberto Palazuelos would have sent threats to García’s family. 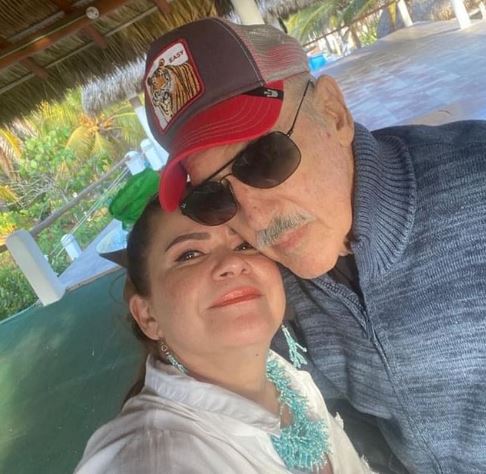 Andrés García in the company of Margarita Portillo (Photo: Instagram/@andresgarciatvoficial)

“(Roberto) has never spoken to Andrés García to tell him up front if he is upset or to lie to his mother or whatever. So he talks to my son very early and tells him the most horrible things, that he was going to go to hell a lot… that he was going to take care of the hell. ‘I’m going to see to it that he dies of hunger and I want you to tell him that it was me, that I fucked him up*, that’s how it was“, he pointed.

According to Margarita, Palazuelos’s warnings were not just words, since the soap opera actor like Salomé, The most beautiful ugly, Until the end of the world either Tomorrow is Forever he would have managed to financially affect his former friend.

“Beto harmed Andrés because he did bring down a business… Yes. He brought down the business, my son already got it, he has been helping him”, expressed the wife of Andrés García.

It should be remembered that a few days ago, García challenged Roberto Palazuelos to have a duel with bulletsdue to the personal conflicts they have.

“I am going to send a little message to the little priest Palazuelos: Robertito, I invite you on September 15, if you have pants, come to Plaza del Carmenere and we’re going to give each other a couple of shots, you and me like men, c*lero. September 15, 3 in the afternoon, I’ll wait for you there, you bastard, and stop talking about me, son of a bitch, ”the visibly enraged actor launched in an interview for First hand.

In addition, just as his wife recently confessed, Andrés pointed out that his family was threatened by the Black Diamond.

“He even threatened my family, he threatened that he was going to starve me and that he was in charge of that, he told one of my children. For an asshole * that the imbecile did not interpret well, he misread it because he already has a head full of pooso direct”, he emphasized. 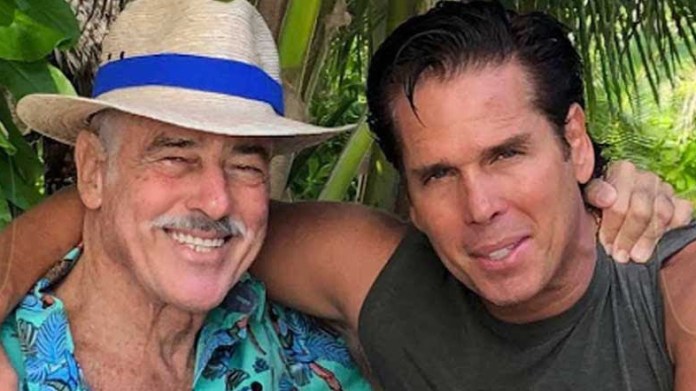 The actors were friends for many years (Photo: Capture from YouTube/Ventaneando)

Since last April 2021, Roberto Palazuelos and Andrés García have starred in a media lawsuit that began due to the controversial statements that each one made about the Dominican’s will and his fortune.

Despite the fact that through these months both have implied that there was some talk to smooth out their rough edges, time has proved the press right, because they have not been seen together again and each time the subject is taken up they answer in the same wayas if there was no progress despite its mentions.