The actor reported that he hurt his throat due to a series of wrong decisions.

In the midst of various health problems, Andres Garcia uncovered that his health worsened because, due to a bad decision, he gargled with undiluted iodine, he burned his throat and it is difficult for him to speak.

In recent months, Andrés García has had significant relapses in his health, since not only does he have problems with blood coagulation and back pain torments him daily, but he was diagnosed with cirrhosis and, moreover, recently he hurt his throat trying to clear it.

In an interview with Gustavo Adolfo Infante for First handthe first actor confessed that he wanted to use Oropharyngeal isodinea type of iodine to treat mouth sores, but misused it because “the clumsiness of the old.

Throughout the interview, García confessed that these types of incidents make him think that he has little time to live (Screenshot: YouTube/Andrés García Tv)

“I am now making a series of bad decisionslike I’ve lost coordination, my sanity, and I remember my dad’s words a lot, he said it was ‘the clumsiness of the old’because the decisions I make are not the right ones at all”, said the protagonist of Pedro navaja about your health.

As he recalled, more than a month ago the incident occurred that led him to have a low voice or problems speaking, because in his search to clear his throat, he put Isodine in his mouth, barely diluting it.

“This of the throat that I bring it’s stupid. She had a little scratchy throat, but it was almost normal, let’s say. I was going to do an interview and I said: ‘I’m going to clean my throat’ and I put that iodine, Isodine, but we return to the clumsiness of the old: Instead of measuring him, I just took a ching… from Isodinea little bit of water, I gargled and it stayed like this, burned my throat” 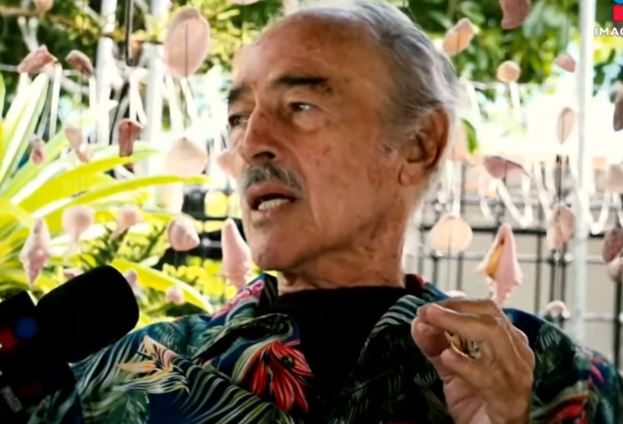 Andrés acknowledged that he also lost weight due to his health problems (Screenshot: YouTube/Image Entertainment)

And it is that according to the recommendations of the Ministry of Health, Social Policy and Equality of Spain, the oropharyngeal Isodine helps to cure and disinfect wounds, but it has to be used as directed, i.e. diluted in water if it comes concentrated and use it only 30 secondsbecause it should not be ingested.

Otherwise, it produces hypersensitivity in the mouth and throat, as well as irritation either dryness of the buccal mucosa due to the ethanol it contains. There are patients in whom it could even cause some type of allergy.

Due to these injuries that the Dominican now has in his throat, he refused to give an interview to the program Gossip on August 4, since he said that he did not feel in the best conditions to be able to speak. This caused concern in the public, since the occasion in which the actor does not accept a talk with the press is very strange. 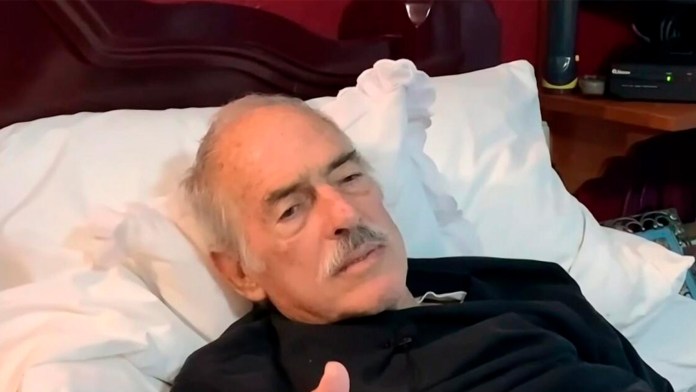 A few days ago the actor had to refuse interviews due to the poor condition of his throat (Photo: Twitter/@AlRojoVivo)

During this conversation with Gustavo Adolfo Infante, Andrés García also revealed that he has lost a lot of weight Due to the cirrhosis which was diagnosed last July.

And it is that the histrion, in his insistence that he has little time to live, commented that he feels weak because he suffers from diarrhea, a usual symptom in cirrhosis, and tries to eat little so as not to bother himself with this.

This has caused his idea about his death to be reinforced, since it added to the conditions he already suffered from and that have also caused a significant decline in his health.

“I’m leaving quickly because there are many months with a lot of diarrheait weakens you and every time… eat little to avoid defecation. (…) I think this is the good one, I’m going to have to go quickly”, he said before going into detail about how he modified his will to disinherit to their children and to Roberto Palazuelos.