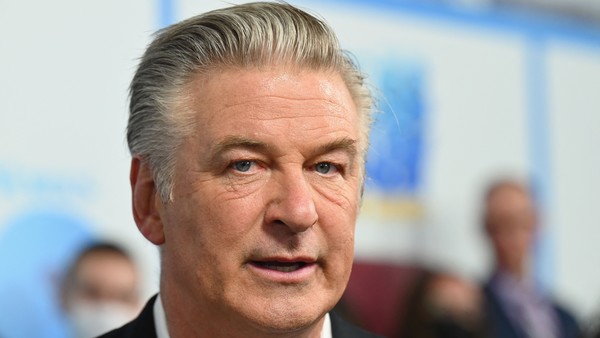 The situation of Alec Baldwin, who killed cinematographer Halyna Hutchins during the filming of “Rust” with a gun that was supposed to have prop bullets, seems to be complicated. It is that the last report made by the FBI determined that the shot occurred because the trigger was pulled, which contradicts the actor’s version.

“With the hammer in the positions it was in, the barrel could not be fired without pulling the trigger”, specified the report, as reported by ABCNews. Baldwin assured in his testimonies that he never pulled the trigger of the Colt 45 caliber revolver until the moment of recording the fateful scene.

In this way, The actor could face criminal charges for the factin which the director of the film, Joel Souza, was also seriously injured.

The Santa Fe County Sheriff’s Office was investigating what happened on October 21 when Alec Baldwin was preparing to shoot a scene at Bonanza Creek Ranch, a famous movie location in the United States, where Cowboys & Aliens and Longmire.

The weapon used by the actor it was not to be loaded with real cartridges. And there is a whole judicial investigation that tries to discover why what happened happened and, obviously, who or who are responsible for the misfortune.

According to the specialized site Variety, much of the investigation is focused on how a real bullet leaked on set and gunsmith Hannah Gutierrez Reed, 24, who was working in that role for the second time, is also in the crosshairs.

At the same time, investigators are still waiting to receive Baldwin’s phone records, several months after the actor turned over his phone in response to a court request. The investigation maintained that in the emails and messages exchanged by the actor there could be key information to determine the details of the tragic event.

More precisely, the search warrant that supported the request stated that the actor exchanged emails with the film’s armorer discussing the type of weapon that would be used in the scene.

However, the delivery of the mobile device occurred after an agreement was reached in which the investigators promised not to review the messages exchanged between the actor’s wife and his lawyer.

Shocking videos after the incident

An agent rushes to one of the locations that were part of the film set of “Rust”, in the United States. He walks in and Halyna Hutchins is lying on the floor. She is receiving first aid after being accidentally shot by Alec Baldwin in the middle of filming and the outlook is not encouraging at all. They are scenes immediately after the horror.

The images were revealed by the police of Santa Fe, capital of the state of New Mexico. They were taken by the body camera of one of the policemen. Doctors, officials and others from the production were treating Hutchins, as well as director Joel Souza, who was injured in the shoulder after the projectile pierced the torso of his partner, although he survived.

The cut of the filming leads to the moment in which both are removed on stretchers and loaded into ambulances. At least five people are with Hutchins inside the vehicle. Souza looks conscious, although saddened. His partner’s situation was not the same at all.

Baldwin: “I was the one holding the gun”

Other footage shows a police officer talking to Baldwin, still dressed as his movie character, who immediately admitted holding the gun. “I was the one holding the gun, what do you need?“, I ask.

Baldwin cut off a phone call as the agent told him he didn’t need his name. “Let me find my lieutenant and see where we are,” he requested. “We’ll probably meet for a while,” he anticipated. The actor and producer of the film nodded.

Later the actor is heard talking to other members of the production: “She handed me an empty gun…everything was prepared, the headphones, everything…The gun that killed Hutchins was under the control of gunsmith Hannah Gutierrez-Reed, and an assistant director handed it to Baldwin, assuring him that it was unloaded.

Anjul Nigam, the co-producer of the film Rust, said in April this year at Cannes that he was confident he could finish the film.