Amber Heard refused money from Johnny Depp during their divorce

- Advertisement -
Amber Heard and Johnny Depp during the libel trial in a court in Fairfax, Virginia, USA, on May 16, 2022 (Steve Helber/REUTERS)

The actress Amber Heard refused to take half of what Johnny Depp received for shooting the fifth movie of “Pirates of the Caribbean” Despite the insistence of their lawyers during their divorce, they indicate new documents related to the defamation trial of both celebrities.

Two months after the verdict of this media trial, the Fairfax court (Virginia, USA) declassified more than 6,000 pages about the procedure which, among other details, reveal that numerous pieces of evidence submitted by Depp and Heard’s teams were rejected.

For example, the court did not admit documents pertaining to their divorce proceedings in 2017 and which contain several messages where Heard’s lawyers asked him to reconsider his decision to reject “tens of millions of dollars”.

Depp had rolled Pirates of the Caribbean 5 during the last months of their marriage and, having no separation of property, their income was considered common property.

Although it is unknown how much he was paid, the magazine Variety remembered that for the previous installment of the saga the actor entered more than 33 million dollars, so the amount for the fifth film would be even higher.

Faced with Heard’s refusal to fight for that sum of money, her lawyers responded in an email that she was “incredibly honest with her word” and it was evident that “he was not going for the money”.

But ultimately Judge Penney Azcarate refused to include any divorce documents in the defamation trial. 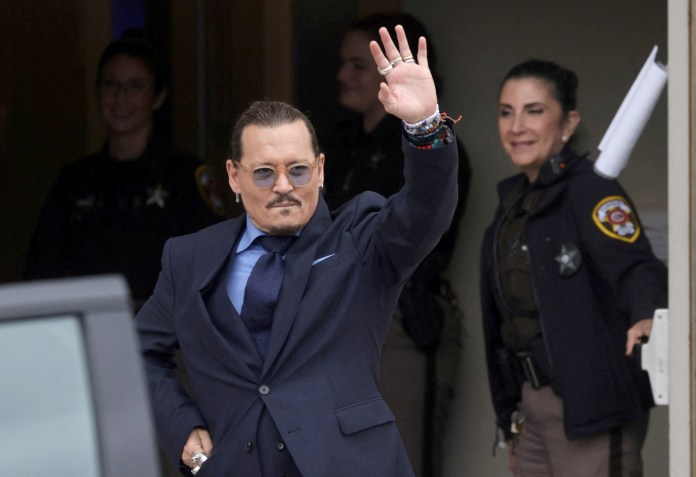 File photo: Johnny Depp greets his fans as he leaves court after a hearing in the libel trial against his ex-wife Amber Heard on May 27, 2022 (REUTERS / Evelyn Hockstein)

Among other evidence that Heard’s team tried to use are also some Depp’s medical records with prescriptions for drugs to treat erectile dysfunction, something that their lawyers linked to a supposed feeling of frustration that led the actor to be violent in his sexual relations.

“Although Mr. Depp would prefer not to disclose his erectile dysfunction status, such status is absolutely relevant to sexual violence, including Mr. Depp’s anger and the use of a bottle to rape Amber Heard,” argued the defense on an alleged crime. that the actor repeatedly denied.

For its part, Depp’s lawyers also tried to get several nude photos of Heard and others taken during a time when she was a lap dancer included in the trial.

However, the judge agreed with the actress’s lawyers, who argued that such images only contributed to portraying Heard as a “sex symbol” and not as an “activist against domestic abuse.”

The sentence of that media process, issued unanimously by the jury on June 1, maintains that three sentences written by Heard in an opinion article published in 2018 by the newspaper Washington Post defamed to Depp, although the actor also defamed his ex-wife on one occasion through his then-lawyer.

She must pay 10 million dollars and he 2, but for the moment both have presented resources.