Amber Heard has changed her legal team to handle the appeal of the Johnny Depp libel trial verdict. On Monday, a spokesman for the 36-year-old actress announced that she has hired David L. Axelrod and Jay Ward Brown of Ballard Spahr to lead, with Ben Rottenborn as co-consultant. Elaine Charlson Bredehoft, who represented Heard in the six-week Fairfax County, Virginia, trial earlier this year, has withdrawn.

“When it comes to protecting the fundamental right of free speech, we view the jury’s decision, to paraphrase a famous quote, not as ‘the beginning of the end, but simply the end of the beginning.’ A different court merits different representation, particularly as so much new evidence is now coming to light,” a Heard spokesperson said in a statement.

Bredehoft said: “This is the perfect time to pass the baton. I have promised Amber and her appeals team my full cooperation and assistance as they move forward on the road to success.”

They said in a joint statement: “We welcome the opportunity to represent Ms. Heard in this appeal, as it is a case with important First Amendment implications for all Americans. We trust that the appeals court will apply the law correctly without deference to popularity, reverse the sentence against Mrs. Heard, and reaffirm the fundamental principles of Freedom of Expression”. 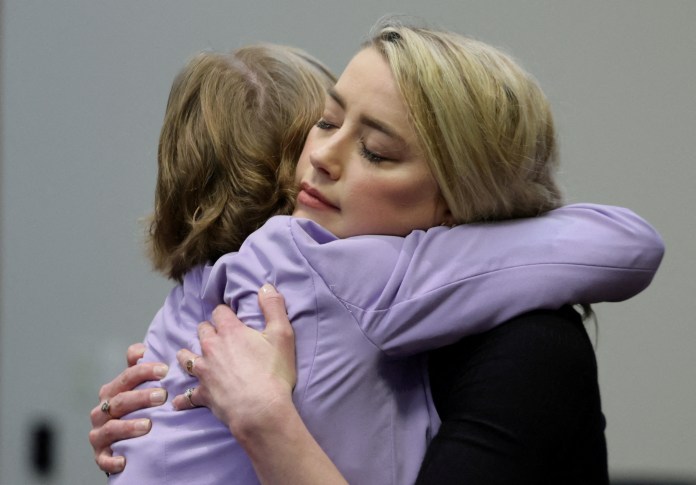 In early June, a seven-member jury unanimously ruled that Heard had defamed Depp in an op-ed for Washington Post. The actress’s legal team requested a new trial, which was denied, and then appealed the sentence in favor of the actor, to whom she must pay $10 million in damages.

His legal team stated on several occasions that his client does not have the money.

On July 21, the actress appealed the verdict. “We believe that the court made errors that prevented a fair and consistent verdict with the First Amendment”, reported in a statement a spokesman for Heard in relation to the constitutional amendment that protects freedom of expression. The text, in which no further details were offered on Heard’s defense arguments, concludes that “Although today the bonfires of Twitter will be lit”, they have decided to appeal the ruling to “guarantee both fairness and justice”.

A spokesman for Depp said in a statement: “The jury heard extensive evidence presented during the six-week trial and reached a clear and unanimous verdict that the defendant defamed Mr. Depp, in multiple instances. We remain confident in our case and that this verdict will stand.a”.